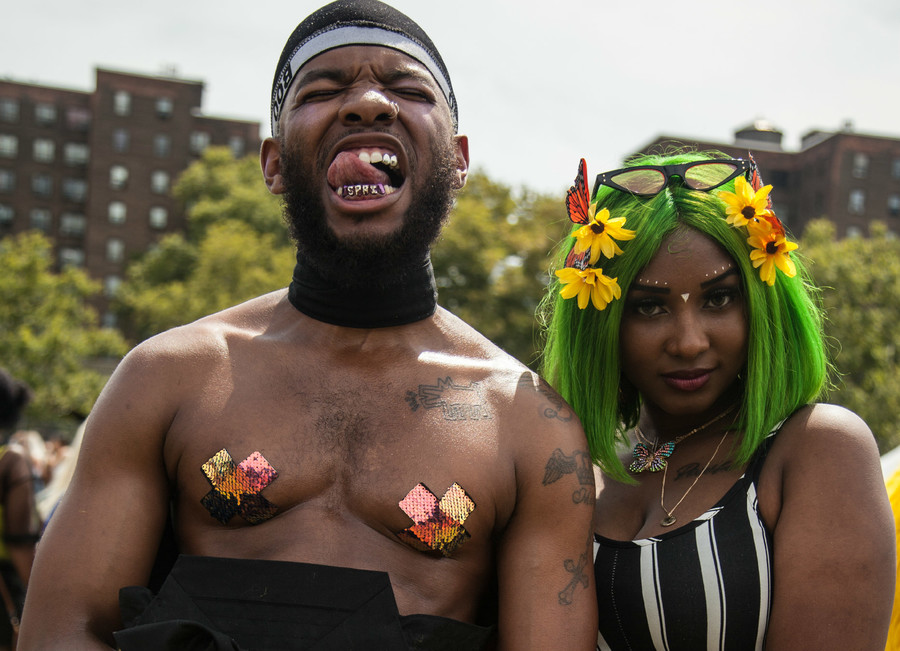 The first time I went to Afropunk in 2013, I felt like I’d been transported to a promised land. After graduating with a Master’s of Fine Arts degree in 2011, my plans for a new life in New York City were abruptly put on hold for both personal and financial reasons, and I returned to my suburban Connecticut hometown. Waterford, Connecticut, a seaside town with a nondescript mall, couldn’t claim any extraordinary feats of relevance, and it was rare to encounter, let alone befriend, people who looked like me. They saw me, but they didn’t really see me. Though many of my peers publicly disavowed bigotry, the residents of my lily-white hometown subscribed to an institution of casual racism often reserved for white liberals, their archaic ideas of Blackness trapped in a vacuum-sealed bell jar.

While floating in my whitewashed exile that summer, I learned about Afropunk, a festival that’d been taking place in Brooklyn’s Commodore Barry Park since 2005, and I became desperate to attend. Afropunk seemed to provide a sense of relief from the overbearing expectations of whiteness. The seeds of the festival can be traced to filmmaker James Spooner’s 2003 documentary Afro-punk. In an interview with Vice, Spooner says, “When I started making the film in 2001, I would Google ‘black punk’ and there was nothing. Zero.” When Spooner went to the American Black Film Festival in Miami to air the documentary, he truly began understanding the necessity of creating a safe space for Black people who routinely found themselves in predominantly white spaces.

Relaying the history of Afropunk to The Fader, Spooner notes, “All of these people came over afterwards and said that it was their story too, even though they didn’t know anything about punk rock. That’s when I thought, fuck man, this thing actually has legs. This is bigger than the story I was originally trying to tell or the movie I wanted to make for 14-year-old me.” Invigorated, Spooner started a website and message board for like-minded fans to connect. He also formed a business partnership with Matthew Morgan, singer Santigold’s then-manager, and they began hosting screening parties called the Liberation Sessions. Spooner noticed that many of the Afropunk message-board users were itching to meet up in person, and soon, the community expanded beyond the confines of the web.

The first Afropunk festival consisted of four days of film screenings at the Brooklyn Academy of Music and live musical performances in downtown Brooklyn. On the fourth day, festival attendees decided to throw a picnic in Fort Greene Park, and that’s how Afropunk was officially born. I attended the festival again in 2015 and marveled over performances by SZA, Danny Brown, Santigold, and Grace Jones. Surrounded by Black folks in a wide spectrum of hues and hailing from a plethora of varying backgrounds, the low-simmering anxiety I generally felt in all-white spaces was replaced with an overall feeling of acceptance. I didn’t question whether or not I belonged. Though I noticed an occasional cluster of white attendees, including an older white couple decked out in Tevas and outfits that screamed Vineyard Vines, the audience was still predominantly Black.

When Afropunk marked its fourth year in 2009, Spooner began losing his grip on the festival’s original mission. Afropunk no longer belonged exclusively to him. It had transformed from a hybrid film screening and concert to a full-blown music event, complete with corporate sponsors such as Red Bull and Coors Light. Additionally, the festival extended beyond Brooklyn, establishing outposts in Atlanta and Paris. Spooner recalls one of the acts, a “rap-reggae-rock band,” performing a cover of Buju Banton’s “Boom Boom Bye.” The reggae song uses the patois term “Batty bwoy,” which is a pejorative word that often refers to gay or effeminate men. For a festival that proclaims “no homophobia” as an essential part of its manifesto, it was a jarring example of the disconnect between the festival’s ethos and its output. That’s when Spooner decided to bow out for good.

The debate about Afropunk “selling out” has been brewing since the festival began charging an entrance fee ($75 for the entire weekend, $45 for one day) in 2015. Concert attendees could also engage in volunteer work to earn a free ticket. In a press release, the festival’s promoters explained, “Due to the amount of attendees (60,000 last year) the festival has now moved to an affordable paid and earned ticket program to the event to assure entry.” With increased ticket prices comes the topic of accessibility. The festival, which was originally intended for Black youth without an avalanche of disposable income, was shutting out its base. 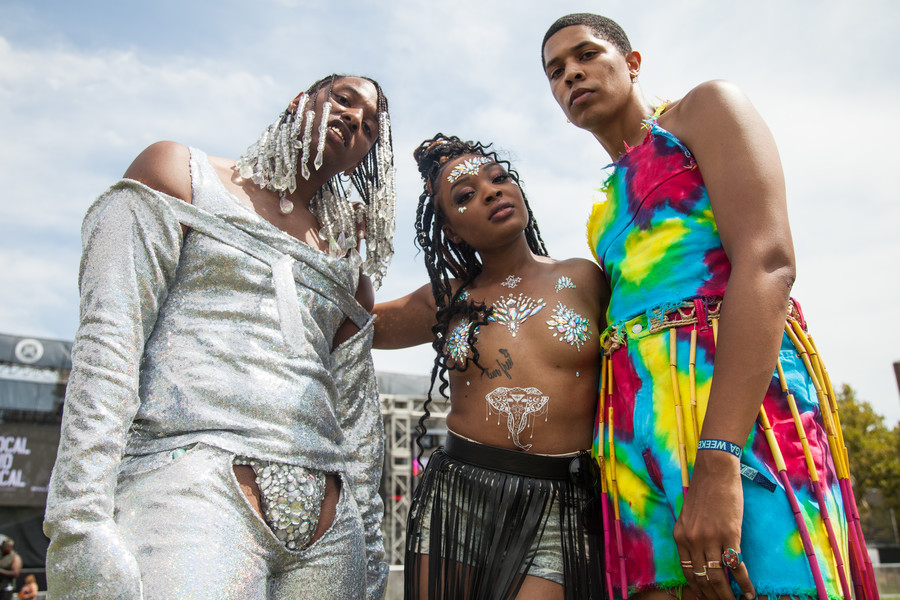 Kearah Armonie, an Afropunk volunteer and Brooklyn-based poet, decided to voice her dissent at this year’s festival. Sporting a white t-shirt emblazoned with the phrase, “Make Afropunk Free Again,” she vocalized the thoughts of many festival-goers. In an email interview, Armonie explained, “The prices hinder some folks from attending, people who seemed to be the majority of Afropunk’s audience at one point, Black youth. I’ve seen a particular quote all over the internet, (which I can’t quite remember so I’m going to paraphrase) which stated, your movement is not radical if it is not accessible to all. My sister cried because she couldn’t attend. Afropunk was very much for us by us and making that change (charging for tickets) makes us feel excluded by yet another space.”

For some fans and critics alike, implementing entrance fees was symptomatic of a much larger issue: Afropunk was no longer for the people it initially sought to attract. Ericka Hart, a 32-year-old activist and public speaker, and their partner, Ebony Donnley, claimed they were removed from Afropunk’s VIP area by security guards after spotting Donnley wearing an “Afropunk sold out for white consumption” shirt. According to Hart’s viral tweet, when they asked the owner (presumably festival co-founder Matthew Morgan) about the grounds for their removal, he stated, “This is my house.” Hart also told The Fader via email that while pointing to their shirt, Morgan added, “Well why are you here?”

It seems counterproductive for Afropunk, a festival that initially provided a safe space for Black punks, to prohibit constructive criticism. What could be more punk than challenging gatekeepers? A few days later, Afropunk released a press statement regarding Hart’s accusation. Representatives apologized for the treatment of Hart, alluding to miscommunication: “There was an unfortunate incident at Afropunk Brooklyn with Ericka Hart and her partner/friend Ebony Donnley, and friend Lorelei Black were asked to leave a backstage area of the festival which was for talent and working staff. We have great respect for Ericka and Ebony and would never kick them out of Afropunk.” Notably, the statement makes no mention of Donnley’s shirt, opting for appeasement. 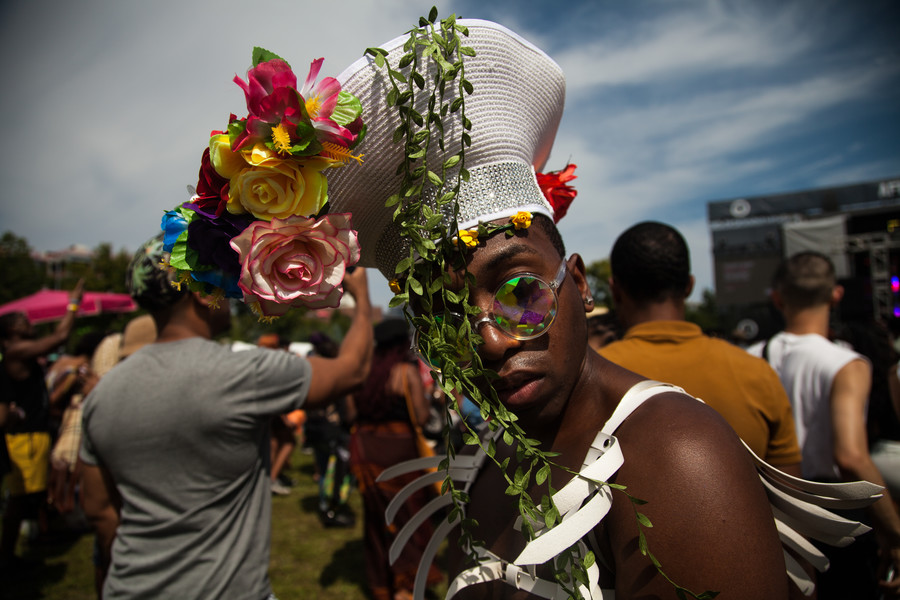 I fell in love with Afropunk in the same way that someone is utterly transfixed by their first love: blood warmed by idealistic obliviousness and vision blurred by the tender possibility of eternity. Why did I think that the festival could remain inside an impermeable bubble? The Afropunk of 2018 isn’t an exact replica of 2005 or 2013 or 2015. That isn’t surprising. Afropunk was bound to transform after receiving greater exposure. What’s surprising, even disheartening, though, is its loss of exclusivity. Unfortunately, this year’s Afropunk could’ve passed for Coachella based on the amount of white attendees. Not only did I spot more white people than before, but some of them unabashedly wore African tribal-print clothing or African-inspired jewelry.

Afropunk is no longer an enclave for Black punks seeking refuge from whiteness. It’s been broken open, eradicating the idea that there can be an exclusively-Black space. Like Coachella, it’s become a place to be seen, a marker of social clout. Fashionistas compete to have their outfits immortalized by the New York Times or featured on the Explore page of Instagram. During the first day of the festival, I made a game out of how many times I spotted white people with dreads and flower crowns. While sitting near the main stage and waiting for the next act, I watched a group of three white girls in matching outfits awkwardly sway and lip sync to “This Is America” by Childish Gambino. There was something equally amusing yet unsettling as the girls held up their hands and unabashedly sang: “Look how I’m livin’ now/ Police be trippin’ now/ Yeah, this is America/ Guns in my area/ I got the strap”

I don’t think Afropunk’s evolution from DIY passion project to major summer music festival necessarily signifies the annihilation of its values. For a Black woman who spent her adolescence attempting to find a place of solace beyond the voyeuristic gaze of whiteness, I will always admire and appreciate the awe-inducing magic of Afropunk, the way it aligns Black expression with freedom, creativity with resistance. (In fact, this year’s theme was “the people resist.”) On the other hand, the points of contention vocalized by dissenters aren’t entirely hollow.

If Afropunk wants to continue celebrating Blackness and by extension, Black joy, then it must dodge the trappings of colonization. Within the context of Afropunk, to resist means to combat the erasure and/or silencing of marginalized peoples via bigotry and discrimination. The festival may have been infiltrated by co-opting agents of white supremacy, but it refuses to fully yield. In a world where Black lives are viewed as expendable, Afropunk isn’t a battlefield, but an escape hatch—a battering ram against the threat of perpetual purgatory.

A Vacation is Not Activism

Goop She Did It Again