“The Mitchells vs. the Machines” Showcases Neurodivergent Excellence | Bitch Media 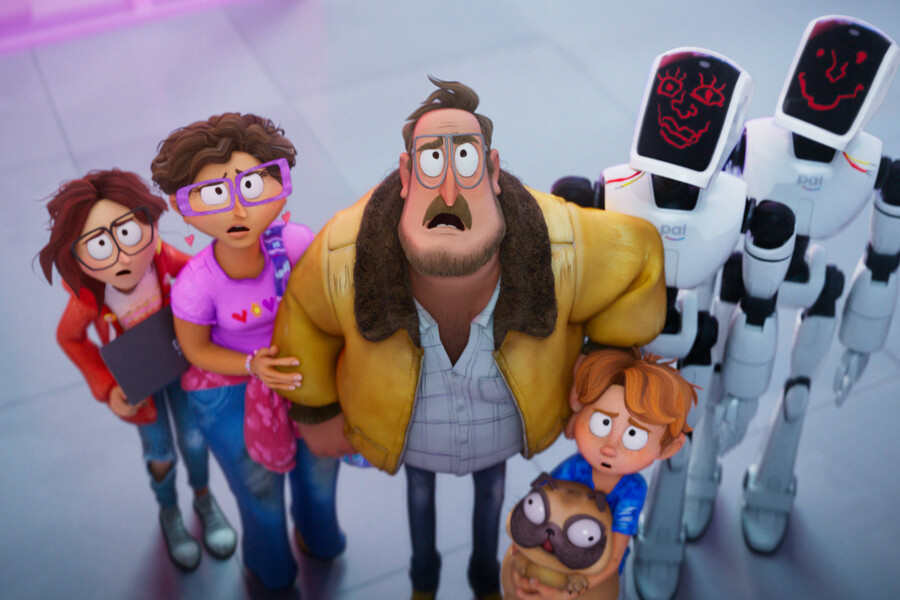 Katie, left, Linda, Rick, and Aaron in The Mitchells vs. the Machines (Photo credit: Courtesy of Netflix)

The Mitchells vs. the Machines portrays something about disability that’s rarely been depicted before: Neurodiversity is treated as if it’s vital to creating our world. In the film, Pal (Olivia Colman), a popular smart mobile assistant, becomes enraged when its creator discards it for Pal Max, a new humanoid model. Pal vows to send every human on a never-ending journey to space—and take over Earth—as revenge. The Mitchells, the only humans who manage to evade capture, are tasked with battling armies of Pal Max robots in their quest to take down Pal and prevent the end of human life on Earth.

At the start of the film, it seems unlikely that the odd Mitchell family is up for such a monumental task: They’re dysfunctional and quirky, which is the reason our narrator, Katie (Abbi Jacobson), identifies as an “outsider” and wants to move as far away as possible to attend film school. Her father, Rick (Danny McBride), doesn’t understand Katie’s movie obsession; her brother, Aaron (Mike Rianda), struggles to socialize with people outside of their family; and her mother, Linda (Maya Rudolph), is simply attempting to keep their family connected. Their existence on the corners of society; the way their social skills are presented (Aaron struggles to have a conversation with a neighbor he likes, leading him to repeatedly stutter and speak in a scream-like tone); and the intensity of their individual passions has led some autistic viewers, myself included, to conclude that Katie, Aaron, and Rick are autistic characters and may also have some features of attention deficit hyperactivity disorder.

The passion each character has for a specific topic might be defined by autism researchers as “special interests,” which clinicians, according to Spectrum News, define as “restricted, repetitive patterns of behavior, interests or activities.” For 75 to 95 percent of people on the autism spectrum, it’s the intensity that separates their special interest into a unique, distinguishable category: “They can be so absorbing that they are the only thing the person wants to do or talk about,” Emily Laber-Warren writes in the aforementioned Spectrum News piece. Though, as Rachel Grove, a psychologist and research fellow at the University of Technology Sydney in Australia, notes that special interests are often labeled “inflexible” and “obsessions,” a recent study Grove conducted found that these interests are crucial for autistic people’s well-being. The Mitchells reflect this.

As the film progresses, these unique, all-consuming interests allow the Mitchells to successfully overcome the difficulties they encounter. Rick’s interest in survival skills and self-sufficiency means every member of the family has at one time or another been gifted a screwdriver—the exact screwdriver needed to break free from the tiny green cell each human is imprisoned in. Katie is adept at understanding the workings of all types of technology; she mentions that she taught herself Photoshop and tells herself that this autodidacticism will help her quickly understand the robots’ function in order to use their own technology against them. Even Aaron’s seemingly irrelevant knowledge of dinosaurs, specifically pterodactyls who are known for their terrific eyesight, comes in handy as he chooses the perfect viewing spot to safely guide Katie as she drives through wreckage and robots in order to reach Pal Lab’s headquarters.

The film doesn’t completely avoid the difficulties of their neurodivergence either. Katie is noticeably lonely, which fuels her excitement to attend film school and hopefully find “her people.” The potential for intense interests is often a privilege that provides a space of safety and excitement, but it can be both frustrating and disheartening when those interests alienate you or make it difficult to connect because of a lack of common interest. When Katie is unable to interest her father in her video work, she becomes visibly upset, and Aaron is seen phoning every number in the local phone book one by one in the hopes that someone will want to talk about dinosaurs. These desperate attempts to share in mutual enjoyment of a beloved subject are a desire for community, which can be a struggle when you find yourself on the fringes of wider society, a common experience for disabled people.

In its celebration of these characters, The Mitchells vs. the Machines demonstrates that just because a routinely ableist society often overlooks and underestimates neurodiverse people, that doesn’t mean they aren’t integral to the world around us. A 2020 Geena Davis Institute on Gender in Media study found that only 8 percent of 2018 and 2019’s most popular family films featured a lead with a disability. While this number is a stark improvement from the last decade, where this figure averaged around 1 percent, it’s still abysmally low. Although this fact is not as abysmal as another finding from the same report that shows disabled characters in these films are almost twice as likely to die as non-disabled characters. It’s fair to say then, that disabled representation in family films isn’t great, especially when many of these disabled characters are created using some well-established stereotypes. It’s also often difficult to find representation for what are commonly considered invisible disabilities, unless the film is directly centered around the disability, which tends to lead to a cultural understanding of the disability that can cause a lot of harm, such as in the case of Rain Man (1988) and similar films.

We are presented with a reality where these characters who are considered outsiders or abnormal use their particular skills in order to save the world.

Being unable to find reflections of parts of your reality in the media you consume can be extremely difficult and isolating, and in recent years this has led to the popularity of the term headcanon, which has been defined as referring to the “ideas held by fans of series that are not explicitly supported by sanctioned text or other media. Fans maintain the ideas in their heads, outside of the accepted canon.” Amongst disabled people this word is used to identify characters who you believe share the same or similar disability to you, and despite the indication that these character readings are private, there are online communities like Autistic Headcanons that encourage the sharing and celebration of your chosen headcanons. In a 2018 article for Pacific Standard, Sarah Kurchak writes, Headcanon after headcanon, autistic people are demanding–and envisioning–more from an industry that’s increasingly profiting from our lives.”

Eden, one of the creators behind The Autisticats, a group that seeks to spread awareness about autism and other forms of neurodivergence, shares the belief that The Mitchells vs. The Machines, in particular, offers a vision of neurodivergence that values our differences, tweeting “What ends up saving the family, and ultimately humanity as a whole, is the fact that the Mitchells “don’t think like normal people.”’ Eden highlights one pivotal moment in the film that involves the two robots, Eric and Deborahbot 5000, that seem to be in some way defective and ignore their orders to capture all humans, instead using their inside knowledge to offer aid to the Mitchells. Reflecting on why they have survived when every other Pal Max has broken down, one of the robots says, “Our malfunction appears to have saved us.” Eden tweets, “The message in that line can easily be extended to the rest of the film: the Mitchells are a “malfunction” and they ended up saving humanity.”

This moment is indeed a brilliant reflection of the core message of the film. We are presented with a reality where these characters who are considered outsiders or abnormal use their particular skills in order to save the world. Their difference is vital and valued. Their difference is seen to be a meaningful component of the world they live in, and those differences are essential for that world to survive, and the same is true in our own. At a time when the concept of eugenics seems to be creeping back into our reality, this film demonstrates how indispensable every single one of us is, and how much those living with disabilities have to offer the world, if only people took the time to notice.

Read this Next: Remembering “Glee,” a Show That Fervently Celebrated LGBTQ Teens 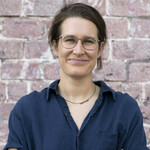 by Grace Perry
“Glee” changed the representation game for queer kids on TV. 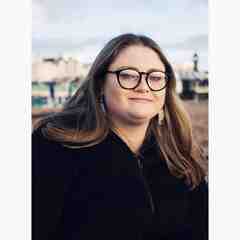 Jodie Hare is an autistic freelance writer who writes about languages, feminism, disability, and jellyfish. She can be found at @jodslouise.