“The Nightingale” Understands the Brutality of Rape and Colonialism | Bitch Media

In “The Nightingale,” Rape is a Tool of Colonialism 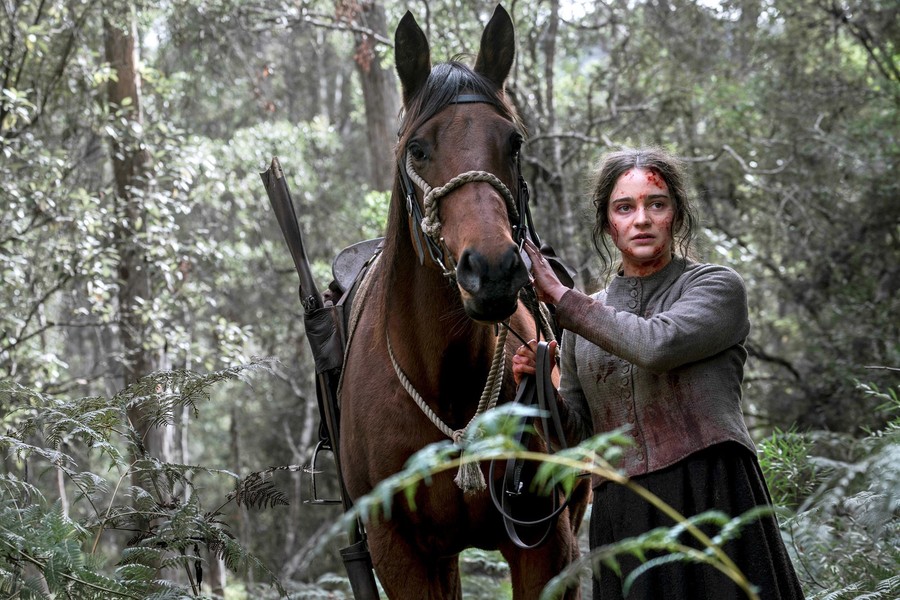 Clare (Aisling Franciosi) is an Irish convict, one among the hundreds of thousands who were sent to British penal colonies in the late 18th and early 19th centuries. On the isolated Van Diemen’s Land—which eventually became the Australian state of Tasmania—Clare works off the remainder of her sentence as an indentured servant to the sadistic British Lieutenant Hawkins (Sam Claflin). Van Diemen’s Land is full of people like Clare and her husband, Aidan (Michael Sheasby), punished for being poor and used as pawns in Britain’s struggle for dominance over the land. The couple and their infant daughter have the potential to live a free, happy life once Clare’s sentence is served, but Hawkins doesn’t want to release Clare—and uses brutal means to try to hold on to her. What follows is Clare’s struggle for independence from Hawkins and from the colonial system that condones his brutal, dominating actions.

The Nightingale is set in 1825, and throughout the film characters make reference to a “war” that ostensibly accounts for the carnage sweeping across the land. But there is no war, at least not in the basic historical terms we’ve come to understand. The British Empire established the penal colony to lay claim to the land and drive out the Aboriginal Black people already living there. On the ground, they use the language of war to excuse the brutality of their methods and sow distrust and animosity between the convicts they shipped in and the Black people they’re trying to wipe out.

So when Clare meets Billy (Baykali Ganambarr), a young Aboriginal tracker with a kind heart and an affinity for blackbirds, she already hates him without giving much thought to why. Billy hates Clare as well, but he has more of a reason: Clare may be a convict, but her whiteness protects her beyond her Irish nationality. She’s mistreated by nearly every person she comes into contact with, but she is only truly in danger once. The Nightingale is deft at displaying the ways colonialism affects varying cultural and minority groups differently. Clare and the other convicts (many of whom are Irish and Scottish) are being “civilized” through indentured servitude to British society, bullied into leaving their culture behind in order to assimilate.

Likewise, the British pretend they want to “civilize” Billy and other Aboriginal people, but what they really want is to squeeze from them as much knowledge of the land as possible in order to make it easier to control. The methods are similar, but the impact couldn’t be more different. The convicts have a chance; people like Billy—who Clare enlists as a guide through the unforgiving land—don’t. But The Nightingale goes further, exploring the psychological implications of that “chance.”

When Hawkins travels through the wilderness with his soldiers, he brings along a child “convict” named Eddie (Charlie Shotwell) who quickly becomes his protégé. Hawkins teaches Eddie—who can’t be older than 12—how to shoot a gun and mistreat the Black Aboriginal people. He also repeatedly exposes him to casual misogyny and rape. The lesson for young Eddie is that power and freedom within the colonial society can only be acquired through cruelty. It’s a devil’s bargain: Be brutal or be brutalized. In one scene, Eddie weeps, crumbling from the trauma Hawkins puts him through. “I hate the noise of it,” Hawkins responds. He loves to inflict pain, but he hates having that pain reflected back at him. He doesn’t want to take ownership of his brutality. He views his violence as a means to an end, increasingly revealing his impatience with a system he nevertheless fights to uphold.

Jennifer Kent’s 2014 directorial debut, The Babadook, grappled with the difficulty of confronting interior demons. The horror depicted in The Nightingale is that of colonial violence’s endlessness, a war for power designed to go on forever. Within The Nightingale’s landscape, rape is depicted as a tool used to oppress, an assertion of dominance over the collective bodies of women—especially those who are already marginalized and thus easier to control and disappear if necessary. But despite its brutality, The Nightingale is conservative in its depiction of bodies, with tight shots that keep the focus on emotion and the intent in the eyes. The Nightingale has been erroneously referred to as a rape-revenge story, but unlike the male directors who populate that genre, Kent depicts rape with no eroticism at all. These are violent expressions of power and domination, not passionate acts, and the film has a deep understanding of this fact.

Rape-revenge films historically obscure the emotional and psychological effects of rape on its victims, instead creating simple narratives wherein unspeakable violence (rape) is later repaid with violence that is more culturally acceptable (murder). Rape and murder often go hand in hand in discussions of crime, suggesting that there is a universal understanding that one is just as bad as the other. But that’s never been the case: We live in a culture that refuses to peel back the complexities of rape while simultaneously having an unsettling fascination with murder, one that has led to a certain numbness to the act itself. No one is immune to rape, and no one wants to believe that they are capable of committing such a crime. We now know more—and talk more—than we ever have about rape and the culture that has numbed us to it, but a cultural refusal to broach the issue critically remains.

In the Q&A following a screening of The Nightingale at the Brooklyn Academy of Music, Kent revealed that she read A. Nicholas Groth’s 1979 book, Men Who Rape: The Psychology of the Offender, while preparing to direct the film, emphasizing a need to understand her own male characters and their impulses. During filming, a psychologist who specializes in sexual violence was on set to support the cast and crew. The director also stressed the importance of taking special care with her performers, noting that even simulated rape can leave emotional scars. “You have to love your actors,” she said. And you could hear it in her voice that she did. “Sam [Claflin] cried after the especially brutal scenes. We made sure that he had the comfort and support he needed.”

By depicting rape as a tool of colonial oppression, The Nightingale perfectly highlights the power structures that created rape culture. Within the story, men are killed—shot point blank, often by other men, with no lingering. The end is abrupt and the pain is quick. But for women, both Black and white, agony is protracted and violation reaches into their very spirits. Men take their time breaking women, and there are systems in place to ensure that pain is drawn out to the very last second. Throughout the entire film, Clare only kills one person. The scene is lengthy in contrast to the other murders in the film. Clare gets one clear chance to mimic the brutality of men, using a knife to repeatedly pierce her victim’s body. Once she’s finished, she loses the stomach for it, abandoning her weapons in an effort to remove herself from the cycle of violence. She knows being violent toward others won’t help her retrieve what’s been stolen from her.

Read this Next: Sadistic Storytellers 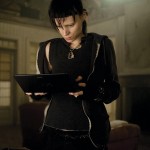 by Cate Young
Can we center victims rather than the physicality of their pain?