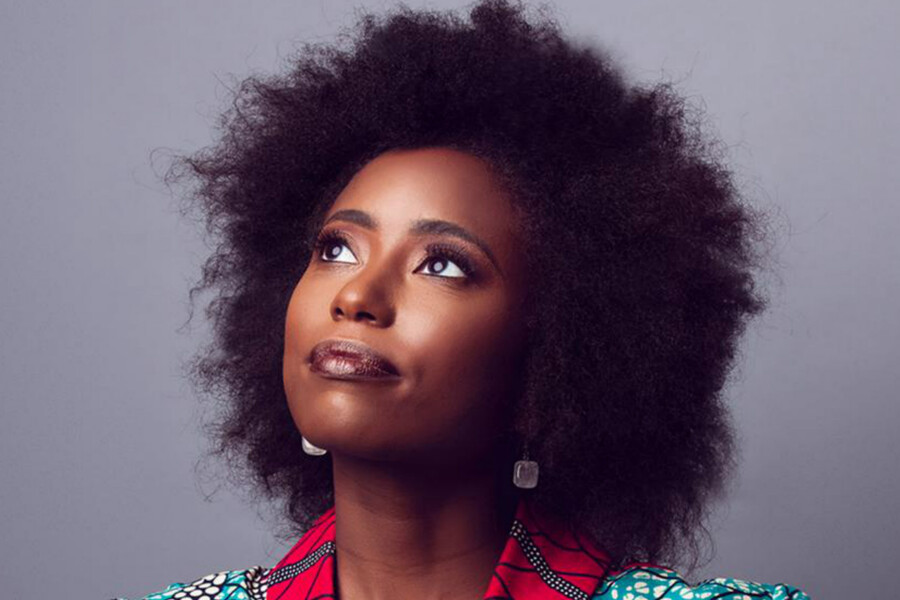 In her debut novel, The Other Black Girl, Zakiya Dalila Harris examines racism, microaggression, and tokenism through the lens of the optics-obsessed publishing industry. Harris, who previously worked as an assistant editor at Penguin Random House, brings firsthand knowledge and mindful skepticism to a contemporary psychological horror novel about the industry she knows inside and out. For the past two years, 26-year-old Nella Rogers has been an editorial assistant at Wagner Books, an elite publishing house that has used its blindingly white workforce to cultivate a roster of Very Important books. Nella is Wagner’s only Black woman assistant; though she’s ambitious and hardworking, she feels as if she’s at a standstill in her career. Nella’s worried she’ll never be promoted to assistant editor because she openly advocates for her company to become more inclusive. Disrupting the status quo in “an environment of pettiness and power plays” almost guarantees she’ll never climb the career ladder.

When Wagner hires Hazel-May McCall—the Other Black Girl—a Harlem-born aspiring editor, Nella thinks she’s gained an office ally. Hazel’s boss, a highly esteemed editor named Vera, has soured on Nella, even telling her, “I wish you’d put half the effort you put into those extracurricular diversity meetings into working on the core requirements.” Soon after Hazel’s arrival, however, Nella finds herself at risk of losing both her job and her sanity when Hazel uses a calculated campaign of duplicity and manipulation to turn her into an office pariah. Nella also starts to receive anonymous notes that urge her to quit her job. Who wants her out—and why? Misfortune follows Nella as she attempts to uncover the identity of the note’s sender. Over time, Nella realizes that Hazel is more than simply a character foil; in fact, her loyalties are aligned with the same oppressive systems that Nella’s fighting to dismantle. Nella’s unnerving descent into paranoia bears some resemblance to Jordan Peele’s 2017 film Get Out, but The Other Black Girl has an unsettling ending that treats resilience as a finite resource in danger of being depleted.

Harris’s depiction of the publishing world is neither dishonest in its satire nor exaggerated in its critique of white liberal racism. The industry’s gatekeeping has been previously documented, but critique reached a fever pitch in the aftermath of the May 2020 murder of George Floyd. The viral #PublishingPaidMe hashtag shed light on the industry’s long-standing racial disparities, especially as they relate to the advances given to the authors. Across the board, advances given to Black and non-Black people of color are routinely less than the advances given to white authors. Such a disparity embodies the double standard of marginalized people having to work twice as hard to get half as much as their white peers. For instance, bestselling author Roxane Gay earned a $15,000 advance for 2014’s critically-acclaimed Bad Feminist. This is in clear contrast to white authors who are more often awarded six-figure advances, especially concerning debuts published by major publishing houses. Given the systemic oppression they face, it’s no surprise that many women of color in publishing find themselves disillusioned and burned out. And Black women like Nella who resist the role of “office pet” face ostracization and retaliation.

In this way, Hazel’s arrival exposes the sinister depths of white supremacy. Her heel turn is an exaggerated embodiment of the phrase, “Not all skinfolk are kinfolk.” What’s scarier than a villain who pretends to think like you and looks like you? Hazel, who has locs and carries a “very Erykah-meets-Issa” vibe, turns out to be a Trojan horse. She initially validates and then feeds into Nella’s feelings of isolation at work. During an out-of-office lunch, Nella alludes to how microaggressions become a form of gaslighting. She wonders, “Am I just crazy? Am I overreacting?” Feeling emboldened by Hazel’s validation, Nella diplomatically calls out a racist caricature in Colin Franklin’s—Wagner Books’s cash cow—fictional novel about Middle America’s opioid crisis. The novel’s sole Black protagonist, Shatricia, is a 19-year-old heroin addict and single mother of five. When Nella voices her concerns about Shatricia’s portrayal in a meeting with Franklin and Vera, he becomes defensive and accuses Nella of calling him racist. Franklin’s reaction is peak white fragility, and Nella’s faux pas becomes Hazel’s gain, allowing her to quickly rise from the lowly status of the Other Black Girl to the office golden child. In the process, Hazel effectively destroys Nella’s mental well-being and professional reputation, priming her for the next step in Hazel’s sinister plan.

The Other Black Girl is arriving during a Black horror renaissance: Though movies such as Antebellum (2020) and Bad Hair (2020), and TV shows such as Amazon Prime Video’s Them and HBO’s Lovecraft Country, have been criticized for a series of glaring missteps, Get Out as well as Peele’s Us (2019) avoid some of these same blunders. Classics such as Ganja & Hess (1973), Candyman (1992), and Tales from the Hood (1995) paved the way for Peele, speaking directly to Black audiences and positioning whiteness as an allegory about destruction. Wes Craven’s horror satire The People Under the Stairs (1991), which Peele plans to remake and produce, is also cited by critics as a sociopolitical horror film that successfully deconstructs gentrification and white supremacy. Rather than employing clumsy storytelling and fixating on educating the audience, these acclaimed social-horror films don’t define Blackness solely in the context of victimhood. The genre’s best offerings push beyond the shock value of onscreen brutality and confront the “existential terrors” that arise in a white supremacist society.

The Other Black Girl doesn’t exploit trauma or include gratuitous violence. Instead, the narrative’s Hitchcockian-level suspense heightens the horror of Nella’s experience. As Hannah Giorgis writes in a piece for The Atlantic about Them, “It matters how creators deploy violence, not just whether it exists at all.” The Other Black Girl masters this: At first, the story’s villains appear clearly defined, but Hazel is revealed to be an infiltrator who’s specifically conspiring against Nella. She’s able to get into Nella’s head—and the minds of other Black women—through a unique mind-control tactic that dissolves their morals and personal convictions. Using Black women’s hair care as a brainwashing tool isn’t an outlandish or unthinkable narrative device, especially when said hair care is a $2 billion industry. In real life, some Black hair-care products are harmful—even fatal. A 2018 study conducted by researchers at the Silent Springs Institute and Battelle Memorial Institute discovered a link between toxic ingredients in popular Black hair-care products and hormone- and asthma-related illnesses. 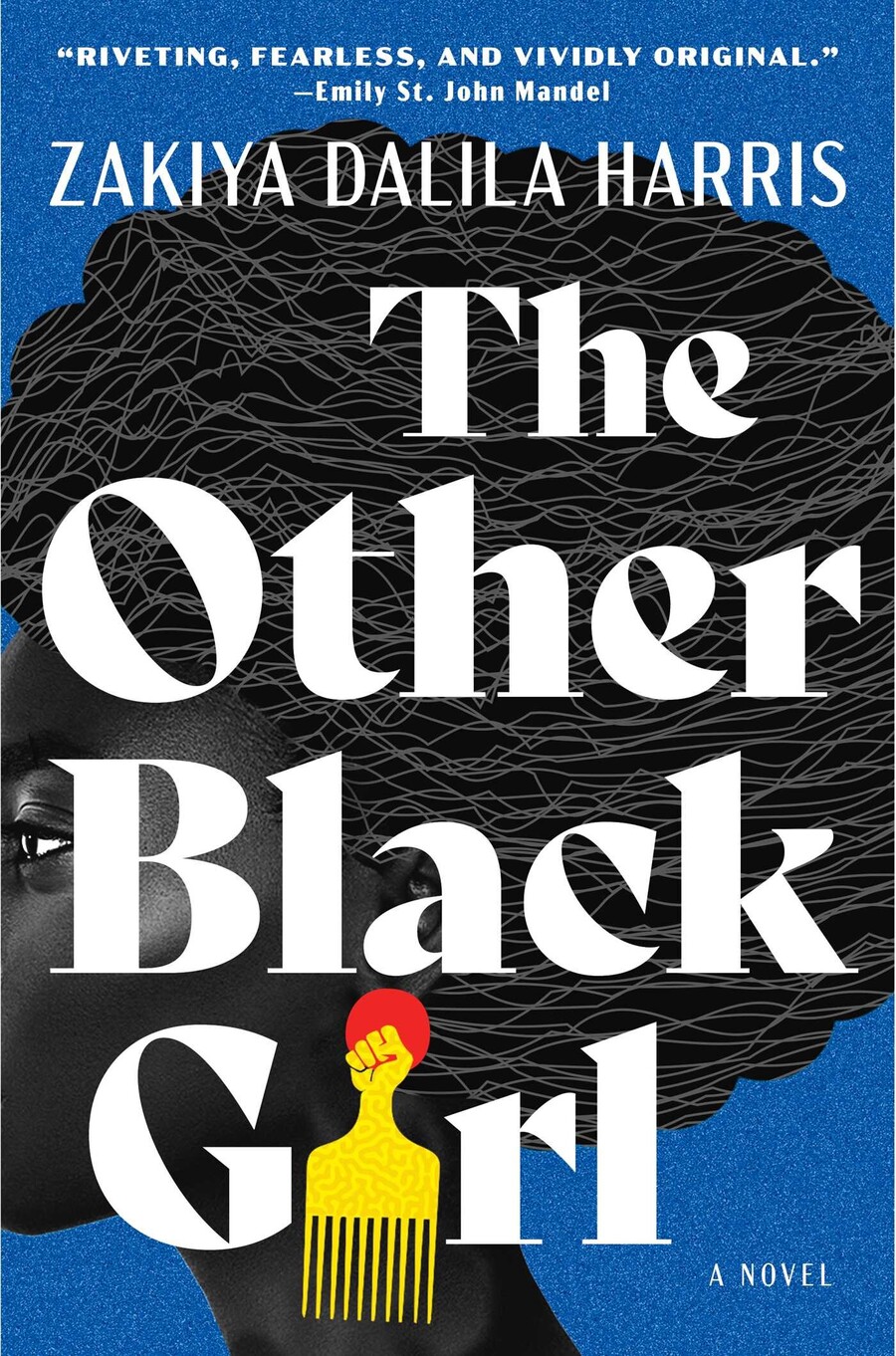 In this way, The Other Black Girl—much like other Black horror—turns racism into a living entity. For instance, there’s a harrowing scene in Get Out where Chris (Daniel Kaluuya) is shown sitting silently in a chair, tears rolling down his cheeks, as he is pulled into a conscious imprisonment known as the “Sunken Place.” As Peele tweeted, “The Sunken Place means we’re marginalized. No matter how hard we scream, the system silences us.” Peele’s use of the collective “us” delineates the film’s hero, Chris, from the monsters, Rose Armitage (Allison Williams) and her family. The Sunken Place has become shorthand for describing Black people who are perpetually lost in the sauce of white supremacy, and The Other Black Girl depicts the Sunken Place as a state of consciousness induced by indoctrination. In the final act of the book, Hazel confesses that she’s part of a national organization dedicated to targeting successful, smart Black creatives and brainwashing them into being more palatable and less “threatening” to their white coworkers.

She then breaks Nella down by promising her, “It’ll wash over you so quickly, you won’t even feel it. You won’t feel the pain, the white supremacy…. You’ll swim to the top, and be free.” Yet this freedom isn’t a gift; it’s a form of captivity. The Other Black Girl doesn’t end on a celebratory note; no one is saved and Nella isn’t the Final Girl. Hazel and the unnamed anti-Black organization claim another victim, allowing the cycle of sabotage and abuse to continue. How can Black women outsmart a system that’s programmed against us? How can we get free when freedom is sometimes a luxury at best and a Faustian bargain at worst? Harris’s novel doesn’t offer any simple answers but instead magnifies our country’s indefatigable myth of meritocracy. Nella’s haunting demise serves as a cautionary tale, and like horror’s most prolific killers, the real and metaphorical monsters of The Other Black Girl remain impervious to death.

Read this Next: “The Other Black Girl” Verbalizes the Horror of Workplace Racism 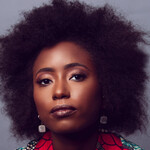