The Twisted Racial Politics of Going Outside 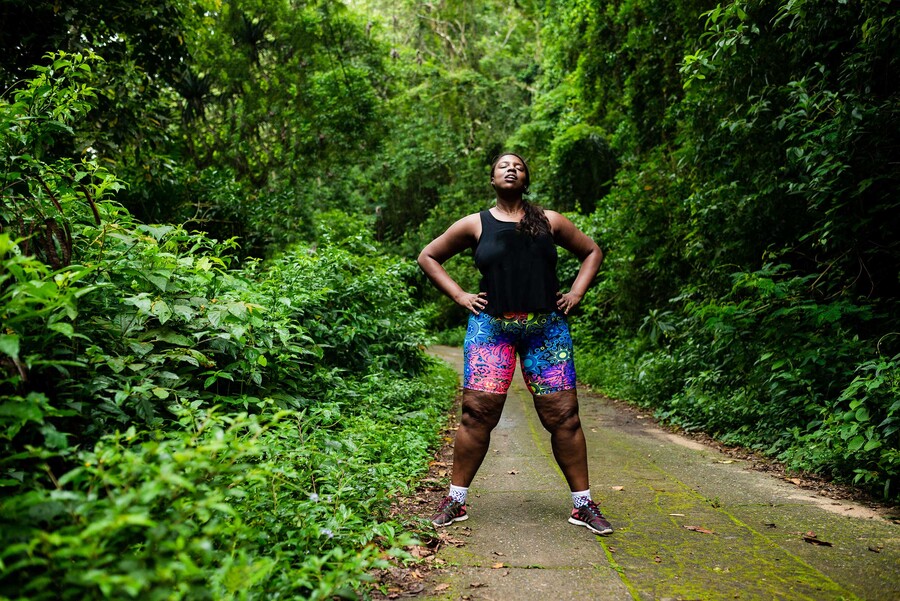 In late July, New Jersey officials closed Lake Solitude, a pleasant local park that has both a beautiful dam and waterfall, due to alleged overcrowding. After a video of Lake Solitude went viral on TikTok, tourists came from far and wide to check it out for themselves. Many were from New York, and many were also Black and Latinx, visiting the site to get a break from grinding coronavirus-induced restrictions. Though locals insisted on closing Lake Solitude as a matter of public safety, it underscored the battle over who gets to go outside. The ongoing struggle over outdoor recreation looms especially large during the pandemic, when the haves and have-nots of the outdoor world are becoming ever more painfully obvious. The belief that Certain People are ruining the outdoors—“loving our national parks to death”—has been a prevalent idea for a very long time, especially among white people, like those in High Bridge, New Jersey.

Some white people seem to think that Black and Brown people don’t belong in outdoor spaces, unless they’re being photographed as noble savages. While earnest white liberal residents were swift to assure the New York Times that they weren’t racist, they were also patrolling the area with cameras to spy on “outsiders” and said they felt “unsafe” when a visitor called out a greeting in Spanish. Black and Brown communities are less likely to have access to green space and parkland at the best of times. When the United States began encouraging social distancing to slow the spread of coronavirus in March 2020, these communities were also more likely to live in homes without private outdoor areas. Black and Brown people were also less likely to live in areas with parks where they’d be allowed to safely exercise while socially distancing.

Even as states slowly (and possibly temporarily) reopen, going to a distant park for outdoor time is often the only option for many. So why not venture to the pretty place you saw on TikTok? Shaming TikTok dilettantes is right in line with the reams of commentary on “outdoor selfies,” which combine sneering comments about people who like taking and sharing pictures of themselves with disdain for people who don’t meet the standards of outdoor purists. Some people insist that selfie culture is “ruining the outdoors,” with officials and advocacy groups needing to swoop in to save outdoor spaces from Instagram users. An entire website and Instagram account, Public Lands Hate You, is dedicated to shaming people. Media outlets report with much relish mixed with performative sobriety about deaths associated with selfies, from people falling off cliffs to being attacked by wild animals they’re trying to photograph.

The language used to describe people is often dehumanizing; for instance, a man interfering with wildlife is “bulky,” with a “meaty neck,” a description clearly designed to conjure someone who is fat, ugly, and  destroying the sanctity of the outdoors. Whether they’re stomping delicate plants, leaving garbage, or harassing wildlife, people are turned into objects of shame, with advocates making mocking lists of “rules for terrible people” rather than exploring why people may behave carelessly in outdoor spaces. There are loud echoes of racism and classism in these conversations for obvious reasons: After white people colonize environments, they’re swift to assert themselves as the arbiters of good, respectful behavior in said spaces.

That same attitude is rife in the environmental movement, which still struggles with racism, in part because it was built on a racist foundation that no white environmentalists have addressed until very recently. The Audubon Society is in the process of reckoning with the racist who the organization is named after, noting that he enslaved people, exploited the work of Indigenous people, and rabidly opposed abolition. Meanwhile, the Sierra Club is facing up to its racist leaders from the past, including noted conservationist and racist John Muir. Conservationism and the larger environmental movement were often designed to preserve whiteness and spaces dedicated to whiteness. Disrupting that is a hard necessity. The isms that haunt white environmental movements manifest in particularly obvious and ugly ways as people fight to “preserve” outdoor spaces.

While the stated goal may be to preserve the intrinsic beauty and worth of the wilderness, or to restore damaged land, it comes with loaded expectations about who can use that space and how. These conversations are not only racist, they’re also deeply classist and disablist; there’s opposition, for example, to building accessible trails or including parking near beautiful spots to make it easier for disabled people and elders to see them too. Some two million tourists a year visit Horseshoe Bend, a picturesque loop of the Colorado River, for this very reason, taking advantage of relatively close parking to come look at the site. Critics decry visitors for “looking for the iconic photo” rather than appreciating nature in the way they’re supposed to, in silence and reverence after hiking 20 miles and losing toenails to gnarly hiking injuries.

After white people colonize environments, they’re swift to assert themselves as the arbiters of good, respectful behavior in said spaces.

Those waging war on outdoor enjoyment fail to consider the fact that some communities grew up with limited access to the outdoors, live in communities where nature isn’t accessible, and may be entering an entirely new world when they visit parks. For some, going outdoors carries tremendous risks—Ahmaud Arbery was murdered while jogging, for example, and when Black birder Christian Cooper asked a white woman in Central Park to put her dog on a leash, she called law enforcement. Connecting with the outdoors can also be expensive, depending on which activities one is engaged in. Driving to a pretty place and taking pictures requires time and resources. It can become costly to participate in camping, backpacking, kayaking, and other outdoor activities that require a lot of gear. The assumption that “people like you” don’t use or enjoy outdoor spaces means that people are reluctant to share nature’s bounty, a strange turn of affairs for people who claim to love the outdoors.

Some groups and individuals are trying to change this. Donny “Deadeye” Adair is trying to make hunting more accessible to the Black community, for example, noting that only 2 percent of hunters in the United States are Black. GirlTrek gets Black women and girls walking. Latino Outdoors sponsors outings for the Latinx community. In Colorado, the ASCEND program pays fees and provides equipment for Outward Bound programs, which focus on “high-need” youth. Rahawa Haile thru-hiked the Appalachian Trail in the summer of 2016, reminded all the while that “Blacks don’t hike.” (Haile will be recounting this experience in a forthcoming memoir.) Meanwhile, Indigenous people are fighting to regain or secure access to their ancestral lands. In some parts of the nation, desecration has become a tourist attraction—Six Grandfathers (Mount Rushmore) had nearly two million visitors in 2019.

The sense that only certain people are allowed to go outdoors drives specific and peculiar attitudes about green spaces. In a pandemic where one of the few safe ways to spend time with people is to be outside in nature, some people are encountering green space for the first time, as entire communities flock to parks. Released from the suffocating air of indoors, they’re finding magic and beauty—and sometimes discovering it’s closer to home than they knew. At the same time, they’re reminded that the allegedly egalitarian activity of enjoying nature is anything but. Affluent whites who grew up in a culture where outdoor activities were encouraged and have always had access to these things should be delighted to see people getting in touch with nature. Yes, it requires sharing, and sometimes means navigating crowded parking lots, but for too long, the outdoors has been yet another place of exclusion and hostility. It may have taken a pandemic to open up a less traveled path to change, but it’s long overdue.

Read this Next: The Personal Will Not Save You 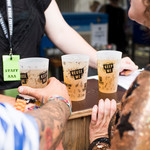 by s.e. smith
Sometimes the individual things we do, and how we frame them, are actually harmful, whether they worsen a problem or distract from a larger issue.