The Ascension of Chloé Zhao

The Rider is a modern elegy with the conventions of an old Western: a loner cowboy, horses, bulls, sweeping dusty landscapes, and a mythic atmosphere. But director Chloé Zhao’s subversive film also stands apart from classic Westerns. It is painterly and painful, but infuses a great warmth and compassion. It’s not the Beijing-born Chinese American filmmaker’s first exploration of the disenfranchised souls living at the margins of the American consciousness. Her previous films, including 2015’s Songs My Brother Taught Me, also point to neglected patches of American culture, namely, Lakota reservations in South Dakota.

She initially ventured to the reservations in 2015 to investigate a suicide epidemic among Lakota teenagers. “I spent a lot of time on the reservation,” Zhao explains. “I became intimately involved with the people I met there in the process of making these two films.” While conducting research, Zhao encountered Brady Jandreau, a member of the Lakota tribe, in the basement of his ranch. She was drawn to Jandreau’s struggles: In April 2016, he endured a terrible fall and hoof kick by his horse, which fractured his skull and forced him to prematurely retire from bronco riding.

Moved by the tale of identity crisis, a motif in her works, she wrote a new screenplay about one man’s crisis when he loses his ability to embody the ideal cowboy from the good old days. That screenplay became The Rider, which stars Jandreau as Brady Blackburn, a rodeo rider who’s on a slow-burn recovery from an irreversible head injury. Jandreau’s real-life father, sister, and friends costar in the movie. 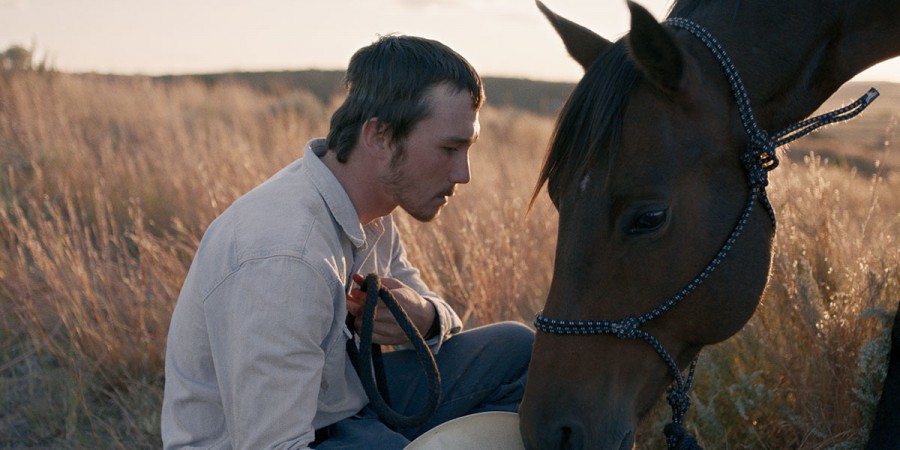 In the movie, Blackburn feels burdened by his head injury; while he wants to reclaim his place in the rodeo ring, his doctor warns him not to. He’s biding his time by working as a store clerk and taming a new free-spirited horse, but Blackburn’s pursuit of his old glory days may endanger his body. The Rider artfully encapsulates the cognitive dissonance of Blackburn’s dilemma as he struggles against those who want to define his illness for him. His father wants his son to be safe, but he also treats him callously as he recovers from the injury.

On the other hand, Blackburn’s friends underestimate his bodily limits, and tell him to cowboy up and ride through the pain. Through these stories, Zhao helps us feel Blackburn’s melancholy and makes us root for him as he reclaims agency over his body and his dreams. Like a conventional Western, The Rider stars a cowboy in a macho-glorifying world where rodeo riders have their eye on the ring. In her signature move of docu-fiction, Zhao doses her movie’s fictional world with reality, weaving in the reality of his head injury as his fictional self tries to rehabilitate himself back into his glory days of rodeo stardom.

What’s striking about The Rider, however, is its matter-of-fact depiction of disability and the effects of long-term physical and mental damage. For instance, there’s a scene where Blackburn is prying staples off his head, which mirrored his real-life experience. “Brady [Jandreau] pulled the staples out in real life and the fake wound was put on right above his real wound, same place on his head, same size,” Zhao explained. “[He] didn’t mind showing his injuries. He was proud of it because he got them doing what he loves.”

A cast of Lakotas who’d never acted before gives The Rider a sense of realness; these are real people with solid introspections in their expressions. It has been important for Zhao to humanize Native Americans because she understands, as a Chinese American filmmaker, what’s at stake. 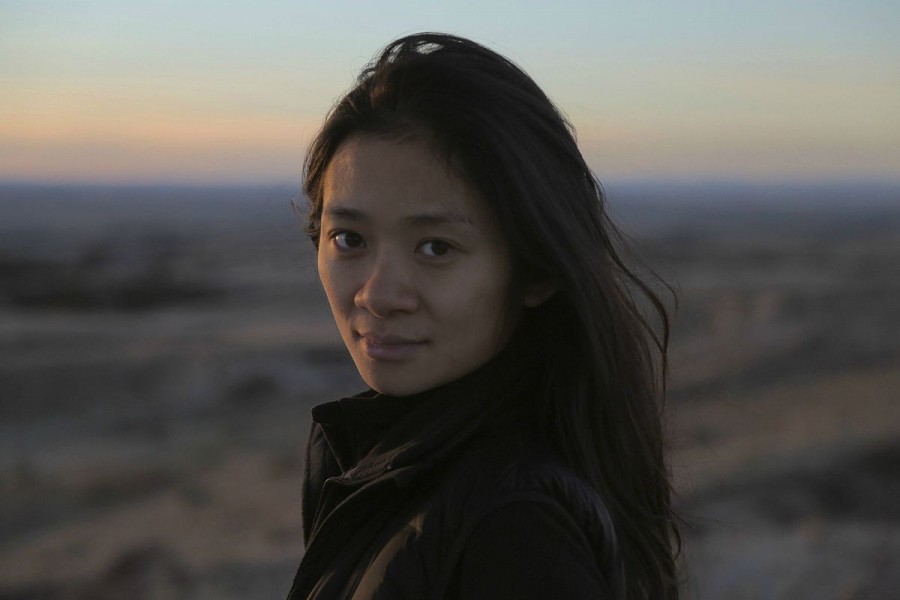 Her projects granted the marginalized Native American community a nuanced presence on the screen, allowing them to defy the reductionist pop culturist stereotypes in fictional media, where Native Americans play subservient to manly white heroes from old Westerns to modern productions like The Revenant. “I didn’t reference Westerns when planning The Rider. I was only following Brady and drawing inspiration from him.”

Her films seem gentle and benign, but beyond the landscape beauty shots they’re viscerally interrogative of the American Dream that excludes the Native Americans from economic prosperity and the toxic masculinity that complicates Brady’s personal quest. The Rider has already gained accolades at numerous film festivals, including the Toronto Film Festival and New York Film Festival, and the movie raked in four Independent Spirit Awards, including Best Picture.

It’s a clear sign that Zhao is on the rise—one of the few Asian women directors who’s getting her just due. With a meticulous stroke that defies sweep-clean happy endings, she caps off The Rider with a sublime and uplifting coda that Hollywood should take cues from. Eventually, Blackburn makes peace with his injury, but it’s a testament to Zhao’s filmmaking that his choice to walk away from bronco-riding is not depicted as a tragic human failing.

“Life goes on after dreams are broken and it takes great strength and courage to keep on living,” she concludes. “It takes a real cowboy.”

The Violence Behind the Words “Be A Man”

The Misguided Pursuit of “Better” Manhood at American Fraternities

Dicks in a Box 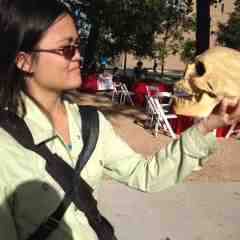 Caroline Cao is an intovert and likely too stuck in a sci-fi book, her memoir project, or her next play to pay attention to you. But she will try. Be warned, on her talkier days, sometimes she laughs at her own jokes. Her wit has surfaced on Birth Movies Death, Film School Rejects, The Mary Sue, and Reverse Shot.