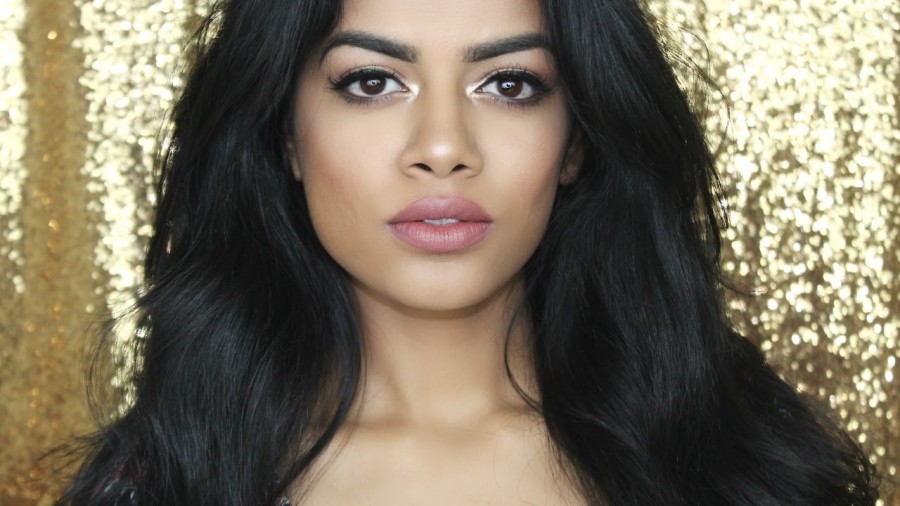 I barely wore any makeup until I was 27. I firmly believed in sporting a “natural” face, and my routine consisted of face wash, a light dab of kohl, and the occasional lip balm—nothing that made me look overly made-up or “artificial.” At my all-girls convent school in Calcutta, the strictest conduct rules were reserved for makeup. There could be no trace of it on our faces, fingers, or hands. Our nails had to be unpainted and neatly trimmed; our hair uncolored, tied, and pinned back; any traces of kohl wiped off our eyes; and absolutely no henna on our hands no matter what custom or cultural event was unfolding in our lives.

Makeup was considered not only too extreme and garish for our spotless white uniforms, but also deemed distracting. It was not made for People Like Us: good convent-educated girls who were striving toward “higher” pursuits in life. My school actively encouraged careers in education, journalism, medicine, the sciences, banking, government, or “refined” arts like music and theater. And we did go into those fields in droves, as is quite common for children who grow up with a bounty of socioeconomic and cultural privileges, including access to an elite school in a country where 30 percent of the population lives below the poverty line.

There was a great deal of institutional panic and anxiety about students who “strayed” by participating in beauty pageants, dreaming of careers as actresses and models, and appearing on billboards around the city. These were rebels who had to be tamed, and these girls were: They were rounded up and then solidly and often publicly shamed. Emergency morning assemblies were convened to discuss how such outliers impacted the reputation of a “good school” like ours.

Makeup can build. It can dismantle. It can assert, and it helps defy ideas of what “disciplined” bodies should look like. Your body, your rules.

It took me many years to realize why the prospect of girls in makeup caused panics like this. To wear (or not wear) makeup is, ultimately, your decision. How much, how frequently, when, where, what colors and shades, in what ratio and intensity—these decisions are all up to you. Makeup can build. It can dismantle. It can assert, and it helps defy ideas of what “disciplined” bodies should look like. Your body, your rules. Finding and expressing ourselves can be a fraught and even traumatic process, especially if you are a person of color navigating a white-dominated global beauty universe.

If you’re South Asian, you’ve probably watched as, over the last two decades, our Bollywood-dominated beauty landscape catered more and more to white ideals: impossibly toned gym bodies and a market saturated with fairness products. In our early days of playing with makeup, most South Asians probably reached for a foundation shade two shades lighter than our complexions. But in a time when the quest for “good” makeup—say, a foundation shade that doesn’t make you look casket-ready—invariably leads us to the internet, there is always the possibility of finding a thriving counterculture.

I found my own makeup gurus in America: Nabela Noor and Sharifa Easmin Kabir, stars of the desi beauty-blogging community.

Since I’m ethnically Bengali (from the Indian side of the border), their skin color most closely matches mine, and I watch their videos not only to decide what products to buy and how to apply them, but to find comfort in people of my own ethnicity guiding me through this ever-expanding consumer maze. And I’m not alone: Scores of South Asians regularly leave comments on their YouTube and Instagram pages, just plain happy to see people from their own communities claiming space in places where they were previously absent or erased.

Noor and Kabir’s social-media lives are in no way whitewashed or sanitized; the politics of race, gender, body, and religion are writ large over them. Noor has faced vicious trolling and body shaming because she dares to be a fat Brown girl in the business of beauty, but she never backs down from addressing her critics. “Using yourself as a basis for understanding the rest of the world is so harmful,” she says in the August 2017 video “Yes I’m Fat.”

“I’m tired of seeing people shame other people for being body positive. Even in this ‘inclusive’ blanket of the plus-size industry, it’s still really exclusive. It’s still really one type of body, one type of face. I am not going to reserve my happiness for a later date or a later weight.”

Elsewhere, Noor’s channel features videos on life as a Muslim in Trump’s America; filming these commentaries in her makeup room, surrounded by an abundance of beauty products is her way of staking claim to makeup as a political tool that can be leveraged by all kinds of bodies. Sharifa Easmin Kabir’s videos also reveal snippets of her personal history with bullying, racism, severe isolation, and balancing parental and community expectations with her own ambitions.

After receiving a slew of questions about arranged marriages from young South Asian women, Kabir created a photo series called the “The Runaway Bride.” In the eight powerful photos, Kabir is dressed in typical South Asian bridal regalia and walking through New York’s streets and subway stations; the vivid green and gold of her lehenga-choli, her traditional makeup and accessories, and the massive bindi on her forehead, set against the drab industrial architecture of New York’s subway, struck me as a statement not about running away, but about powerfully arriving.

When people caution against women conflating makeup with liberation, the criticism comes from the construction of the beauty industry as one of many patriarchal tools of control, one that profits from deftly exploiting the low self-esteem that women allegedly carry around. This is not the entire picture, or even the tip of the iceberg. It is as constraining as gender-binaries. Plus, if the Tinder bios of several straight dudebros are to be believed, they don’t like women “who wear too much makeup.” It probably scares them, just like it scared my reputable school in Calcutta, because they know, and everyone knows, that the only person you wear make up for is yourself. And women who spend time actively thinking about themselves have been labeled frivolous, artificial, extravagant, selfish, and dangerous.

Fabulous: The Rise of the Beautiful Eccentric, the 2018 book by cultural critic, scholar, and DJ madison moore, explores how Brown, Black, queer, and other marginalized people use style, glamor, and creativity as political gestures. In an interview with them, moore described  fabulousness as an “essence that allows marginalized people and social outcasts to regain their humanity and creativity, not necessarily to boast about power or influence.”

Underlining the deep relationship between glamour and politics, moore talks about how personal style messes with the normative ways of being in the body by channeling trauma into creativity and self-preservation: “Black and Brown and marginalized people are going to continue to be politically active and be ourselves even when there are days when we feel like we can’t anymore.” Recently, Kabir became one of the new faces of Cover Girl. One of her many subscribers commented: “I wish I had examples of beautiful South Asian women in magazines or on TV growing up here in the States. I’m glad that times have changed, that the beauty industry is so diverse and that we have girls like you representing us.

I’m also so glad my daughter will grow up feeling more secure about her looks because of how much beauty standards have changed and how they include desis much more nowadays compared to what I saw growing up.” The influence and resilience of vloggers like Noor and Kabir is a testament to the political power of makeup and style. I haven’t been back to my high school in close to a decade, but I can only hope that current students are now breaking more of its makeup rules and outrageously defying the norms of a stringently controlled girlhood.

Noor, Kabir, and other beauty vloggers of color are signaling the beginning of more diversity: not only in the faces considered representative of beauty, but also in using makeup as a powerful form of self-expression and arrival. 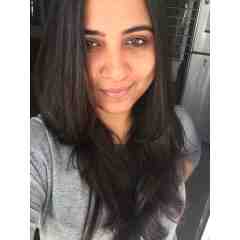 Tupur Chatterjee is a Ph.D. Candidate in the Department of Radio-TV-Film at the University of Texas at Austin. She works on gender, space, architecture and popular cinema.