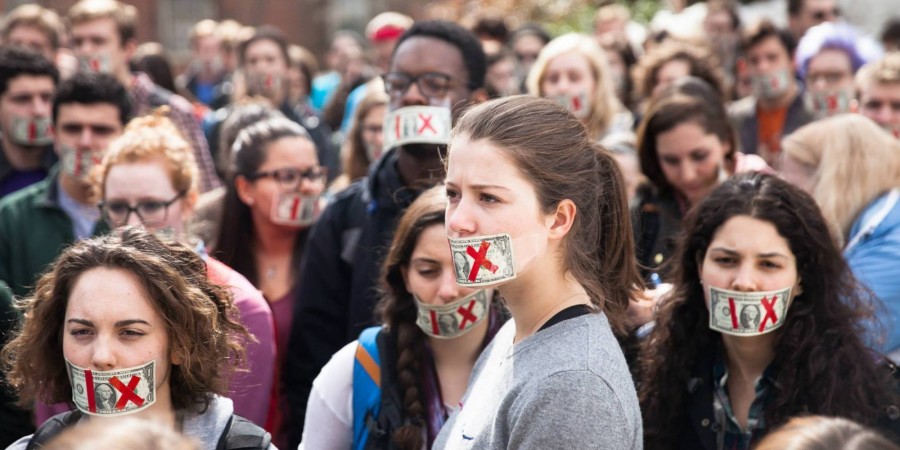 June 23 marked the 46th anniversary of the landmark Title IX ruling, a federal law that prohibits sex discrimination in any educational program or activity that’s receiving any type of federal financial aid. Title IX is often referenced in discourse about sexual assault on college campuses or funding for college athletics but promoting equity in sports wasn’t the amendment’s intention; in fact, the clause says, “No person in the United States shall, on the basis of sex, be excluded from participation in, be denied the benefits of, or be subjected to discrimination under any educational program or activity receiving Federal financial assistance.” So, almost 50 years after Richard Nixon signed Title IX into law, it’s fair to ask if the legislation is helping collegiate sports programs achieve gender parity.

Bernice “Bunny” Sandler, who helped draft the law and is considered the “Godmother of Title IX,” told ESPN in 2012 that she had “no idea” that the legislation would impact athletics. “The only thought I gave to sports when the bill was passed was, ‘Oh, maybe now when a school holds its field day, there will be more activities for the girls,’” she said. According to Mother Jones, sports weren’t mentioned at all during the Senate hearings on the bill, “aside from one Senator’s crack about coed football, which drew hearty guffaws.”

Since the amendment was passed, however, there’s been an exponential increase in the number of women and girls participating in sports. Girls playing high-school sports increased by 1,079 percent between 1971 and 2010, according to ESPN, and the number of women playing varsity sports in college increased 622 percent in that same time period. That’s largely due to Title IX regulating college-level sports in three areas: student interests and abilities; athletic benefits and opportunities; and financial assistance.

While Title IX covers sex-based discrimination, it also requires that students of both sexes be given equal opportunities in programming, training, and funding; for instance, the same number of scholarships have to be given to players on both men’s and women’s teams and the same amount of funding must be provided. (While the language of the legislation uses binary sexes, it covers trans and nonbinary students.) Yet, schools are still struggling to meet Title IX’s rules.

Last month, lawsuits were filed against Oregon State University and the University of Washington for violating Title IX. (Last fall, a Seattle Times investigation found that UW was counting female crew team members who didn’t exist, but that’s unrelated to the current case). OSU is accused of overstating its number of female track and field athletes and undercounting their male participants in order to meet Title IX compliance. Just this week, a parent in Alabama filed a suit against her daughters’ Huntsville City school for allegedly giving male athletes more funding, better resources, and more practice time.

And an audit at the University of New Mexico showed significant compliance issues ranging from not having enough female athletes on campus to the fact that “the women’s soccer, swimming, golf and track teams haven’t been given sports bras, the women’s softball clubhouse is in shambles compared to its baseball equivalent, [and] the women’s beach volleyball team doesn’t even have a practice facility.”

In 2012, Mother Jones found that “women now make up more than half of all college undergraduates, but they still don’t get an equal portion of athletic opportunities—and schools spend proportionally less money on them.” And the increase in female athletes has actually led to a precipitous drop in the number of female coaches: In 1972, when Title IX was passed, women coached more than 90 percent of women’s teams. In 2012, that number was about 43 percent. In 2010, the New York Times reported that NCAA men’s team coaches earned an average of $267,007 compared to $98,106 for women’s teams.

In order to get around Title IX’s regulations about gender equity, as well as the Equal Pay Act of 1963, schools have argued that third-party money, such as the funds allotted for public appearances, make the jobs slightly different. (There’s no federal regulation that prohibits colleges from shorting women’s coaches in this way.) In the past 18 months, Education Secretary Betsy DeVos has rolled back Obama-era protections for sexual-assault survivors on college campuses; while that doesn’t directly affect athletics, it would in cases like the abuse of gymnasts at Michigan State University by university doctor Larry Nassar.

Title IX, for all its importance, is still an imperfect piece of legislation because it doesn’t persuade colleges or audiences to value women’s sports. As I’ve written before, women’s sports bring in fewer viewers and less money because sports fans aren’t given the same opportunities to invest in them. Minnesota’s Tucker Center for Research on Girls & Women in Sport found that women receive only about 4 percent of all sports media coverage and television time has been estimated to be as low as 1 percent. Since women’s sports are considered second-tier to men’s sports, women’s sports leagues, including those on the college level, have to fight for TV deals and ticket sales. As long as women’s sports are considered second class, this inequality will continue.

So how does Title IX move forward? There are no clear answers, but Title IX definitely has to include more explicit protections for trans and nonbinary students; schools have to be willingness to enforce the legislation; and legislators must prioritize gender equity in sports and see it as something worth fighting for.