“The White Lotus” Shines Its Tiki Torch on Settler Colonialism 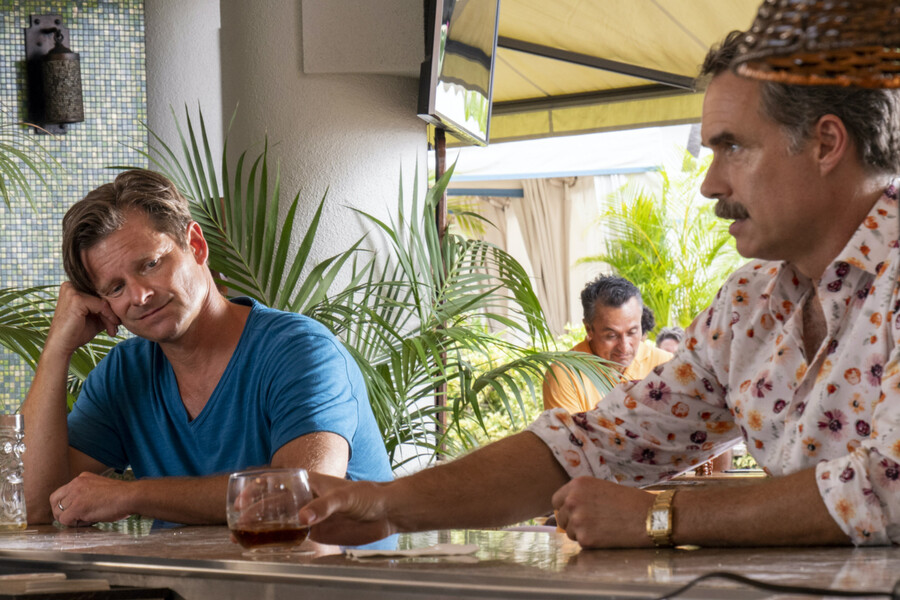 In 1954, William Golding published Lord of the Flies, a thought experiment about the horrors that unfold after a group of British schoolboys are marooned on a desert island. Initially organizing themselves around the principles of democracy and governance, things quickly deteriorate: Hierarchies are formed, differences are sniffed out, tribes are negotiated, and a war is waged over power results in murder. Golding’s prose reasons that when left alone, the schoolboys fall back onto their socialization, embodying the aggressive ruling architectures and learned behaviors from their imperial motherland. In many ways HBO’s six-part series, The White Lotus, arrives at a similar conclusion. Written and directed by Mike White (Enlightened, Beatriz at Dinner), the dark comedy—set at the White Lotus, “the most romantic hotel in Hawaii”—is a sharp satire of our most dangerous and wholly absurd modern socializations.

The show exposes the innermost anxieties of an ensemble cast of predominantly white, purposefully privileged guests as they interact with each other and the staffers of the White Lotus. Much has already been made about the show’s central critiques of class, whiteness, and the suffocating entitlement to space, time, and bodies. These tensions are most notable in Paula (Brittany O’Grady), a Black college student vacationing at the resort with her white friend’s family. We watch her quietly ingest casual racism from the hands that feed her while watching the white female gaze key in on her holiday fling with Kai (Kekoa Kekumano), a native Hawaiian and hotel staffer. While there have been many pointed criticisms of the show, White’s decision to center white characters hasn’t gone unnoticed. “The Black and Hawaiian characters—the ones actually best suited to critique their white oppressors through the lenses of race, class and gender—are sidelined to focus on The Real Story: the humanity of rich and powerful white people,” Brooke Obie writes in Refinery29, rightfully maintaining that any attempt the show makes to interrogate whiteness only reinforces the very premise it dreams of disrupting.

The White Lotus also looks to critique masculinity and its many toxicities, offering an exposé on the ridiculous trials, tribulations, and tribal ideations of patriarchy itself. In the first episode we’re introduced to Paula’s friend’s father, Mark Mossbacher (Steve Zahn), as he’s experiencing an imminent crisis: “It’s just…so disturbing that it’s in my balls, and that they get big like this.” Panicked that he may have testicular cancer (which he believes he may have inherited from his late father), Mark consults his wife, Nicole (Connie Britton), though she admits, “I haven’t seen them in a while.” When medical tests come back negative, Mark feels relieved—the physical manifestation of his manhood remains intact—but it’s short lived. By the second episode, Mark plunges into more emotional turmoil when he discovers that his father didn’t die from cancer as he’d been told; he died from AIDS. Feverish from this revelation, Mark’s anxieties outwardly manifest: He gets drunk and vows to strengthen his relationship with his technophilic son, Quinn (Fred Hechinger). By the episode’s end, he’s staggering toward Nicole, apelike, pounding his fists to his chest—a primal grasp at virility to sexually woo his career-obsessed wife. “Get off me, monkey,” she says as he flops onto the bed beside her. But Mark isn’t the only hotel guest in desperate need of validation.

Shane Patton (Jake Lacy) is a tall, chiseled, all-American man—the white bread of masculine archetypes—resort-hopping his way through his honeymoon. In another story his silhouette would cast him as the alpha, the protagonist, the lead in a Hallmark Christmas film, or it might exploit his masculinity further, depicting him as aggressive, dominant, dangerous. Instead, we’re presented with a character who calls on his mother to iron out his conflicts when the hotel manager, Armond (Murray Bartlett), books him the wrong suite. These characters represent a masculinity that’s neither aggressive and domineering, nor romantic and courageous. Instead, it’s banal, limp, and altogether pathetic. But by the season’s conclusion, Mark and Shane both succeed in realigning themselves with the hegemonic ideal, cementing their birthright as father and husband. When Mark finds an intruder in his hotel room, he tackles them to the ground, saving Nicole and—most vitally—reinstating his masculine authority in the eyes of his family. Shane, meanwhile, fatally stabs the intruder who comes into his hotel room, walks away without facing any meaningful consequences, and reunites with his severely depressed wife, Rachel (Alexandra Daddario).

In Golding’s novel, it’s the misfits that die: The boys deemed different—Piggy and Simon—are killed by the dominant pack. In The White Lotus, Kai, the Hawaiian staffer, is incarcerated for intrusion and theft, and Armond, the gay, exuberant drug addict, is killed. In White’s series, it’s the misfits—the men that show difference—that are subjected to its greatest tragedies. It’s interesting that the show’s two major climaxes—Kai’s arrest and Armond’s death—come as a result of white men protecting their perceived property. But what does it mean to own property on stolen land? Unlike Golding’s deserted shore, the people of Hawaii lived on their lands long before the 1778 intrusion of British colonizer James Cook. At the beginning of the fourth episode, Kai tells Paula the origins of the hotel. “They were the ones that actually evicted us from our lo’i,” she says. “The land that was given by King Kamehameha to the Konohiki. It was a sacred title. Can’t be broken. But the government—they terminated our lease illegally.”

The White Lotus is fundamentally a show about the consequences of settler colonization.

The White Lotus is fundamentally a show about the consequences of settler colonization, and how its very logics—possession, dominance, land ownership—are employed to sanitize accountability and yield power. Perhaps nothing signals this motif better than when hotel guest Tanya (Jennifer Coolidge) discovers that her date works for the Bureau of Land Management, not Black Lives Matter. In this way, The White Lotus shines its tiki torch on settler colonization’s greatest export—white masculinity—and in doing so, it exposes disturbing truths behind the mechanisms of power, privilege, and accountability. It’s a story where the Shanes and Marks of the world stumble sheepishly through life at the grave expense of the Kais and the Armonds. Golding’s novel warned of the “the darkness of man’s heart”—the potential for us all to commit unspeakable evil—but White’s show is perhaps more reminiscent to what Hannah Arendt coined “the banality of evil”—how even the most innocuous and ordinary people can weaponize a resounding amount of threat. After all, it was everyday folks that raided the U.S. Capitol on January 6, 2021, the same silhouettes that shined their own tiki torches in Charlottesville in 2017 and lit up the faces of white nationalism.

Does The White Lotus offer viewers any hope? It certainly likes to think so. The evolution of Quinn Mossbacher is an interesting one. At the end of the third episode, Quinn is forced to make the beach his bed and opts to jerk off to porn on his phone. With a teenage boy’s most dangerous weapons in each hand, he gradually becomes disarmed by the natural world, washed by the beauty around him. As the show unfurls, Quinn does as well. Choosing to join a group of Hawaiian boys for their rowing each morning, he becomes noticeably happier, more confident. The series ends with him breaking free from the Mossbachers—his nuclear family—and staying in Hawaii. The concluding shot sees him rowing out to sea with his new Hawaiian brotherhood. The season poses the question: Can white masculine toxicity be dissolved through a return to nature, through community, through flattening hierarchies, through systems thinking, or through the firmly held belief that each paddle is just as important as the one next to it? But instead, it pleads: Can whiteness be centered in our attempt to decolonize? Or is the effort to dismantle settler colonization merely a vessel—a rowboat—for appeasing white shame? It’s obvious that White really wants you to enjoy your stay at The White Lotus, “the most romantic hotel in Hawaii.” But if you’re looking for a braver critique of colonization, consider that during his third intrusion into Hawaii, James Cook was attacked and killed by a victorious group of Hawaiians. It was February 14, 1779—Valentine’s Day—and it doesn’t get more romantic than that.

Read this Next: Sun Worshiper 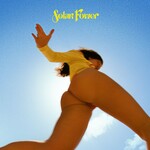 by Torrey Crim
She doesn’t want to be a messiah; she wants to be a devotee.