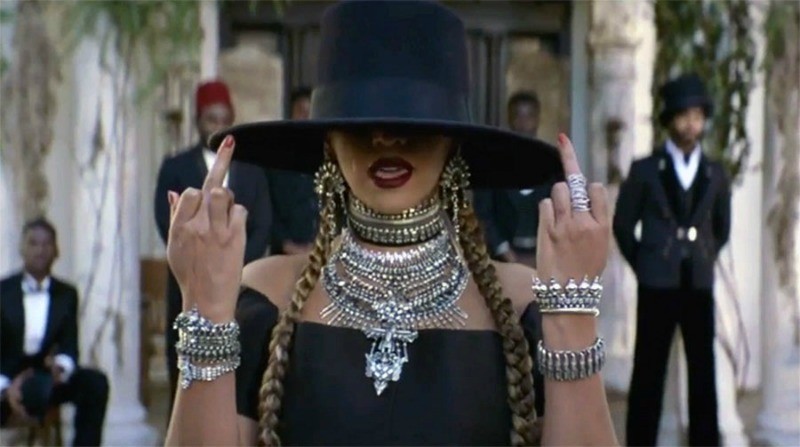 After Beyoncé’s performance of “Formation” at the Super Bowl with dancers clad in outfits inspired by the Black Panthers, someone in New York hatched a plan: to protest her inclusion in the event outside NFL headquarters. “Are you offended as an American that Beyoncé pulled her race-baiting stunt at the Superbowl?” read the Eventbrite listing for the protest, which seems to have been written by a sole anti-Beyoncé individual. “We encourage anyone and everyone who supports the police to show up and march around the block of the NFL headquarters.”

This sounds like real-life version of the Saturday Night Live skit spoofing white rage over “Formation.” In that sketch, white people take to the streets to protest how the song celebrates Black culture. “Maybe this song isn’t for us!” shouts one irate white office-worker. “But usually everything is!!” replies another.

Welp. The protest was slated for this morning at 8am. Police closed off part of the street outside the NFL headquarters, anticipating a large crowd. But, as The Guardian reports, while numerous pro-Beyoncé counter-protesters turned out to show their support for the star, over the course of two hours, only three anti-Beyoncé protesters showed up. “I was expecting to meet thousands of people,” said one disappointed protester who also identified as a volunteer for the Ted Cruz campaign. Sorry, dude. As one pro-Beyoncé counter-protester told The Guardian, “It’s easier to be a racist online than it is in real life.”

Relevant: There Will Be Blood