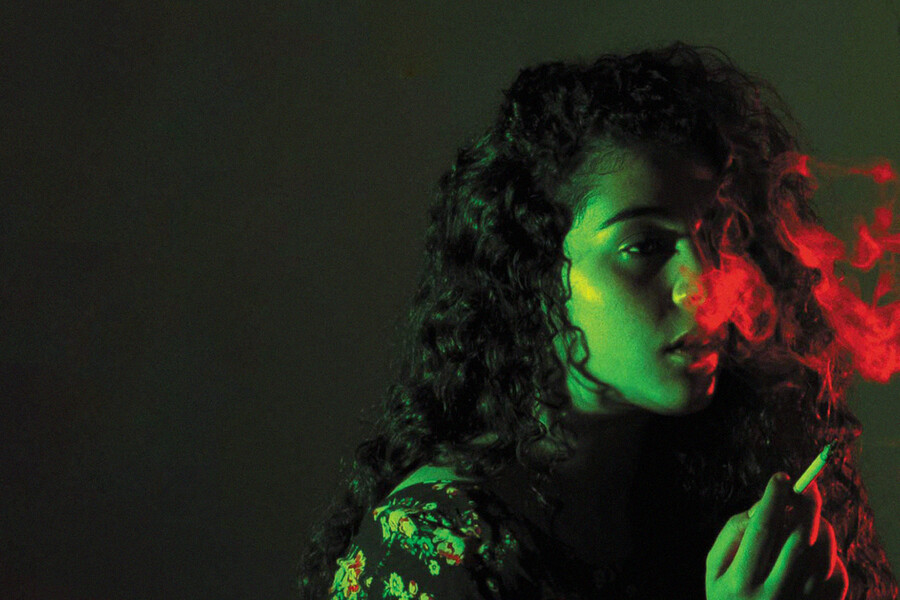 These Women, Ivy Pochoda’s fourth novel, is billed as a crime thriller about a serial killer targeting sex workers in a neighborhood in Los Angeles. But it isn’t the typical sensationalized crime thriller: While the mystery—who is this killer and how has he eluded capture?—grips the reader from the beginning, Pochoda cunningly structures the narrative into five parts and takes on the voices of “these women” rather than the killer’s, which provides an intricate feminist analysis on the consequences of disregarding violence against sex workers and explains the importance of allowing sex workers to tell their own stories.

Pochoda is entering the crime thriller genre at a time when there are more women than ever before taking a more inclusive approach to telling crime stories. Women authors have long been at the forefront of a crime thriller renaissance (think Agatha Christie and Gillian Flynn), but according to CBS, women comprise more than 80 percent of the audience for true crime podcasts, primarily because, as a 2019 article in CrimeReads notes, “these crimes are inextricable from women’s experiences because gendered violence is inextricable from women’s experiences.” “In these books, certain women are allowed to be messy, make mistakes, and commit heinous crimes while also being presented as anti-heroines who are simply ensnared in systems larger than themselves,” s.e. smith wrote in a 2018 article for this site. “In other words, these leading women are allowed to be like the male protagonists who have dominated the shelves for centuries.”

That’s what separates These Women—told from the perspective of myriad women, including sex workers, in a single neighborhood—from the oversaturated crime thriller market: Pochoda’s book is about the pitfalls sex workers face and how their precarious position prevents them from seeking and obtaining justice. “These women” is a deceptively simple phrase that could be part of any sentence, question, or declaration, but for Pochoda, it represents the unique viewpoints of each these women as they live with serious real-life issues, including the discarding of sex-worker victims and how crime operates with impunity in impoverished communities. In this way, These Women draws inspiration from the real-life dangers sex workers face.

To be clear: This book is heartbreaking precisely because there isn’t a happy, neat ending that leaves readers satisfied. The cycle of violence against sex workers continues, even if one serial killer is taken off the streets. These Women shifts between the perspectives of each of its core characters, who all have their own thoughts about sex work: There’s Dorian, a local fish-shack owner whose daughter, Lecia, was murdered 15 years prior to the start of the novel. Dorian doesn’t believe Lecia was a sex worker, despite others telling Dorian that she was. Fifteen years after Lecia’s murder, a woman’s body is found in Dorian’s neighborhood, in the same way Lecia’s had been: throat cut with a plastic bag over her head. This new murder leads those in the neighborhood to take action in different ways. There are the sex workers themselves who frequent Dorian’s restaurant but are otherwise focused on keeping themselves safe.

Eventually, these sex workers discover that the murders are connected, but they’re unsure if any law enforcement agency will help them get a serial killer off the streets. Because sex workers are criminalized, they’re afraid of even communicating with police officers, much less working alongside them to capture a killer. Police officers also often use their badge to harass and commit sexual violence against sex workers. According to a 2010 study from the Cato Institute, sexual misconduct trails only excessive force when it comes to reported forms of police conduct. In the world of These Women and in the real world, sex workers protect one another, taking care of themselves rather than relying on law enforcement. We’re also introduced to Essie, a Latinx police officer who isn’t assigned to investigate these murders, but takes on the case anyway with a unique style that doesn’t always align with her station’s approach to conducting investigations.

Since Essie has a smaller stature, male cops even question her ability to effectively do her job, patronizing her and blocking her out from real investigative work; she’s even been called a “kindergarten cop.” We also meet Julianna, a young girl who Lecia was babysitting on the night she was murdered. Julianna is now an adult and also a sex worker who’s worried about her own safety. Julianna clashes with Dorian, and it’s not too hard to tell that their racial differences—Julianna is Hispanic and Dorian is white—factor into how they see and live in the world. Julianna offers an important arc in the book because Pochoda delves deeply into her background, exploring how she became a sex worker and how the mere instinct to survive pushes her to continue.

Feelia (short for Orphelia), a retired sex worker, once escaped the murderer after being attacked, but she doesn’t know at the beginning of the book that he’s a serial killer. Feelia’s traumatized by the incident and struggling to leave sex work behind and not numb her pain with alcohol and drugs. Though she’s frequently visited the police station since her attack and Lecia’s murder, the police don’t take her claim of being stalked seriously. Instead, they dismiss her over and over again. This is a common experience for sex workers: In 2017, Melony Hill, a woman who has worked in the sex industry for more than 20 years, shared on Facebook that she had been sexually assaulted.

These Women brings to life the consequences for sex workers when their human rights are violated.

Rather than receiving support, as other people rallying under the #MeToo movement did, Hill received messages that said she deserved to be assaulted. “They don’t want to include women like me,” Hill told Time in 2018. “They’ll say we’re just whores anyway—‘How can you sexually assault a whore?’ I’ve had that said to me multiple times.” Though sex workers—particularly sex workers of color and transgender sex workers—are at a higher risk of being sexually assaulted, coming forward doesn’t generate support or guarantee justice. Instead, bringing a complaint to law enforcement puts sex workers at risk of being incarcerated and sharing it on social media can lead to harassment. These Women brings to life the consequences for sex workers when their human rights are violated; but the question becomes: Why is respecting these rights so complicated?

Through each part, Pochoda delves into the psychological depth of each woman’s life, and uncovers the web of complexity incorporated in sex work—and the whole of society. There’s the perpetual poverty that defines the book’s ever-changing neighborhood; as poverty and shame are often linked, the shame these sex workers feel almost inhibits them from doing their work, but with seemingly no other way to earn money to live, they must continue to hustle to survive. As such, Julianna says she “was always going to wind up here”—meaning sex work. In this way, sex workers are perpetually punished: first for feeling that they have to go into this type of job to survive and then for profiting from their work. This catch-22 looks like it makes it easy for others to dismiss them and to disregard their human rights.

It’s always tragic when anyone finishes your story in such a brutal fashion, and this book highlights the necessity of protecting sex workers and decriminalizing their work. Essie’s determination to find the link between the murders, as she’s sure there’s one, and to find the murderer drives the narrative and brings us to a conclusion. These Women is a work of literature that depicts everyday details that seem to be rather irrelevant to the crimes, but are in fact, quite important. In the end, in this kind of story about people who society overlooks, everything matters. The mystery might never end, as it’s layered; some things in life will never be found. That’s part of the heartbreak. But Pochoda also leaves us with Feelia, who has decided to make amends with herself for the life she’s chosen. There’s hope, even as cycles continue, and that’s worth holding on. 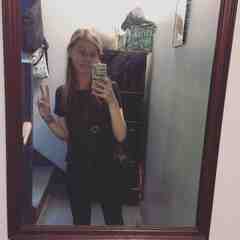 Joline Faujour is a freelance researcher and writer on international and national news, politics, and culture.