“Tiger King” Is about Murder, Mayhem, and Misogyny 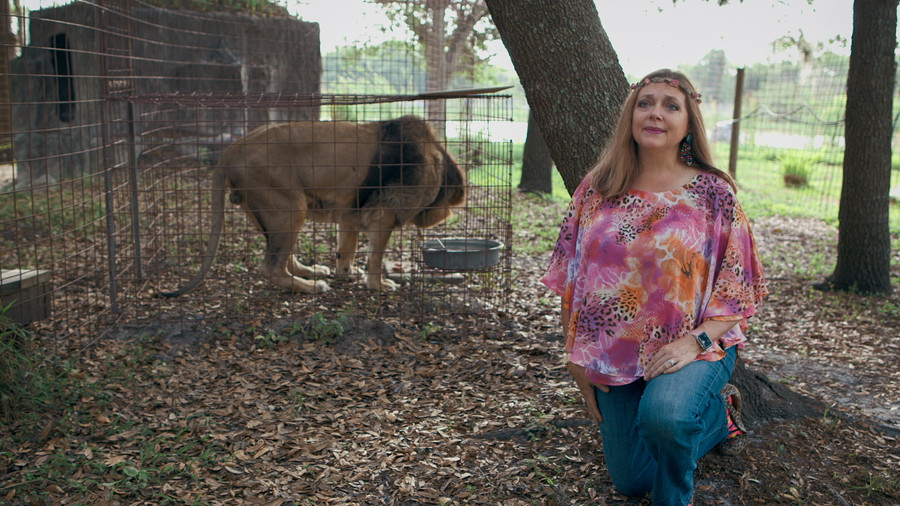 It’s difficult to write about Netflix’s Tiger King: Murder, Mayhem and Madness without using descriptors like “wild” and “chaotic” that are already implied in its title. Maybe a more insightful observation beyond noting the Tiger King’s blatant absurdity is that the series displays equally messy storytelling. The hit docuseries, set in the corrupt world of big-cat collecting and private zoos in Florida, Oklahoma, and South Carolina, attempts to investigate a murder-for-hire plot that involves the titular Joseph Allen Maldonado-Passage a.k.a. Joe Exotic allegedly attempting to off his business rival Carole Baskin. In setting out to uncover the events that led to Exotic’s imprisonment, the documentary often loses focus, following red herrings that rely mostly on exploitation and mythology. On a different note, if viewers are interested in a comprehensive thesis about the environmental dangers of stealing wild animals from their habitats, the series isn’t helpful in that regard either.

So, if Tiger King isn’t a well-made documentary, what is the formula for its success? Aside from it premiering during the era of social distancing, Tiger King combines aesthetic and thematic components from popular docuseries and reality shows from years past like Wild Wild Country, Making a Murderer, and Duck Dynasty. Primarily though, the series invites audiences to gawk at an assortment of eccentric subjects and side characters who feel like SNL portrayals of poor, Southern, and rural white people—but who are, in fact, real people with real lives. Unsurprisingly, Tiger King’s problematic portrayals of Exotic and Baskin have spilled over into viral jokes and memes that ironically highlight the documentary’s glaring gender problem.

The first half of Tiger King focuses heavily on the petty events that transpire between Exotic and Baskin over their competing wild-animal facilities. Thanks to big-cat trading and forced breeding, Exotic’s animal park, located in Oklahoma, houses a gross amount of tigers, lions, jaguars, and even ligers in poor, overcrowded conditions. Baskin, a self-proclaimed big-cats rights activist, runs a rosier-looking sanctuary for wild animals in Florida. Their years-long rivalry began when Baskin launched an online campaign to shut down Exotic’s zoo for participating in alleged animal abuse. Subsequently, Joe began his own smear campaign against Baskin that’s equally as aggressive but much more disturbing, with him posting online videos in which he threatens to kill Baskin, shooting blow-up dolls that represent her, and touting a popular rumor that she killed her ex-husband, renowned animal collector Don Lewis, in 1998 and fed him to the cats in her sanctuary.

The salaciousness of that particular rumor proved too good for Tiger King’s directors Eric Goode and Rebecca Chaiklin to pass on, so the entire third episode is dedicated to mythologizing Baskin’s ex-husband’s disappearance and rumored death. Tiger King’s so-called investigation feels most rigorous when speculating about Baskin’s alleged criminal behavior, though there’s no substantial evidence to support these accusations and Goode and Chaiklin have relied mostly on assumptions and hearsay from people who don’t personally know Baskin. Exotic is given a significant amount of camera time during this episode, during which he spouts conspiracy theories about Baskin severing her husband’s body, putting him in a meat grinder, and feeding him to tigers. Additional interviews with Lewis’s attorney and his ex-wives, as well as the mention of a restraining order Lewis filed against Baskin, make this theory even more compelling. Baskin’s unemotional responses to questions about her ex-husband’s disappearance might also confirm the suspicions of viewers who are easily persuaded by body language and tone.

Despite these enthralling components, however, the episode fails to perform any real fact-finding or come to an informed conclusion about Lewis’s whereabouts. Oddly enough, the episode includes a soundbite from one of Baskin’s former employees about the damage a rumor of that severity can do to someone, though Goode and Chaiklin still entertain such rumors for nearly an hour. Tiger King, then, lends a hand to Exotic’s agenda to sour Baskin’s reputation and make her, in the eyes of the public, a maniacal man-killer. A quick Google search of her name shows back-to-back articles about her alleged involvement in Lewis’s disappearance, while Twitter displays a mix of comical memes—some referring to her as “that bitch Carole,” as Exotic addresses her—and serious declarations from many who are convinced that she, in fact, committed murder.

All of this harkens back to the ’80s and ’90s, when women, like Lorena Bobbitt, were treated as “psychotic” femme fatales who existed only to emasculate and destroy men. Bobbitt infamously castrated her husband in 1993, leading to her being villainized in the media and turned into the punch line of endless jokes. Years later, it was revealed that Bobbitt’s husband had repeatedly raped and beaten her throughout their marriage. And yet this black-widow trope became the lynchpin of numerous films, including Fatal Attraction (1987), Misery (1990), Basic Instinct (1992), and Disclosure (1994)—and it has maintained a foothold in pop culture since then, even as we’ve publicly reckoned with the way we treat women in film and in society as a whole.

Tiger King, then, lends a hand to Joe Exotic’s agenda to sour Carole Baskin’s reputation and make her, in the eyes of the public, a maniacal man-killer.

There’s equal space for sympathy in Baskin’s case, even as people question how protective her big-cat sanctuary actually is. She has a traumatic past with men, including being gang raped at the age of 14 and entering into an abusive marriage at the age of 17. Her relationship with Lewis also began questionably, with him seeing her walking alone at night and pressuring her to get into his car. Baskin also reveals that she met Lewis when she was 20 and he was 42 and that he was already married with children. And yet the sexist black-widow trope is used to bolster a false narrative that paints Exotic as the helpless victim of a man-conquering woman.

As Linda Holmes mentioned in an April episode of NPR’s Pop Culture Happy Hour, there’s an element of the rivalry between the two that feels “classed”: Baskin’s air of sophistication and professionalism is positioned against Exotic’s poor, “trailer park” aesthetic, which isn’t fully earned considering that Exotic is practically drowning in money when we’re first introduced to him. Subsequently, Exotic has become an object of pity, fascination, and even adoration on social media for his outspokenness, eccentricity, and comical music career—with rapper Cardi B being one of his most vocal supporters—despite his abusive behavior toward Baskin, his employees, his romantic partners, and the animals in his zoo. Unlike Baskin’s drawn-out subplot about her ex-husband’s disappearance, Exotic’s troublesome relationship with his much younger husband, Travis—who commits suicide for reasons the series suggests are related to Exotic’s treatment of him—is only briefly discussed. And in some moments, it seems like the documentarians themselves are as enamored by Exotic’s quirky personality as the vulnerable people we watch him manipulate.

While Tiger King casts Baskin in a disproportionately harsh light, I don’t feel confident suggesting that she should be adored or idolized in Exotic’s stead. Like him and other private zoo owners we’re introduced to, Baskin takes advantage of her employees financially, implementing a multitiered volunteer program for her animals’ caretakers instead of paying them for their labor. This fact about her business feels even more exploitative when the docuseries discusses how successful and profitable her animal sanctuary is. Nevertheless, the sexist notions at the heart of Tiger King’s popularity are worth re-examining as a culture, particularly during a global crisis. We haven’t made much progress if our collective comfort and entertainment relies on the vilification of women, especially those who lack control of their own narratives.

Read this Next: Of Course We’re Attracted to Chaotic TV Shows Right Now 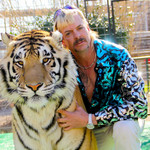