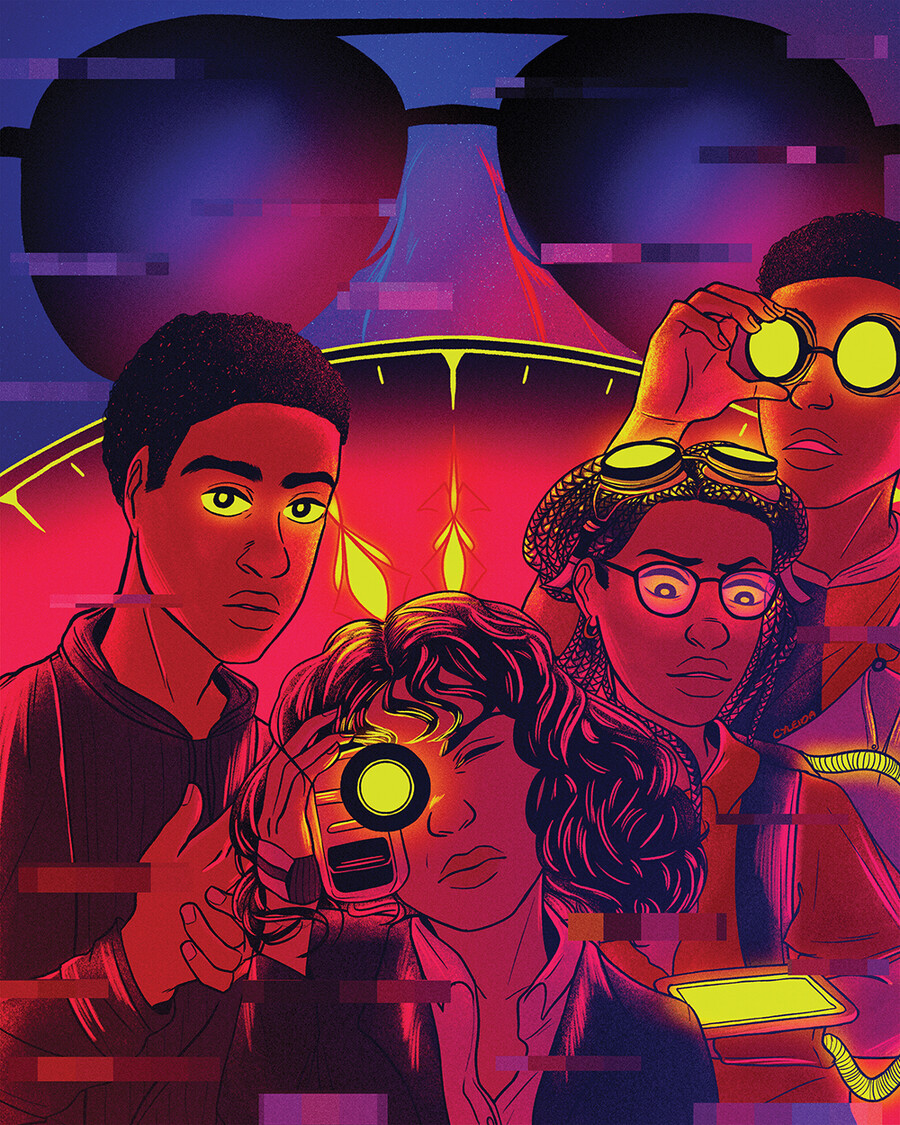 The idea of time travel is fascinating because it opens up new avenues to consider alternative pasts and futures. In movies, ranging from 1954’s Brigadoon to the quintessential 1985 classic Back to the Future, possibilities are limited only by the far reaches of our collective imagination. While these opportunities are exciting, time often operates differently for Black people. Past and present are interwoven as historical harms resurface in each generation, creating cyclical trauma that extends into an unseen future. Time lines merge into an inescapable eternity; there’s no reprieve from injustice.

It’s almost inevitable then that as Hollywood struggles with telling stories about police violence in the United States, time travel has crept into the equation as a possible remedy. But these stories often reproduce the very same futility; for Black characters, time travel is merely another proverbial wall standing in their way—the only choices are a vengeful past or an uncertain future. But a slate of recent stories that combine time travel with police brutality indicate that there’s little room to escape the historical realities of Blackness, even when there’s a fantastical element.

In Netflix’s May 2019 sci-fi film See You Yesterday, C.J. Walker (Eden Duncan-Smith) makes multiple trips through time with a machine that she invented. What begins as an inquisitive experiment ends in tragedy: Her actions in the past lead to the death of her brother and then the death of her best friend. Though Walker manages to reset her time line, she spends most of the movie racing to correct the past. But as the movie’s ambiguous ending shows, there’s no real healing—only repeated attempts to solve the same unsolvable problem. Despite her best efforts, C.J. cannot guarantee a happy ending for herself or the people she loves, which turns an otherwise hopeful ending into a defiant one.

Conversely, in the 2016 film Arrival, a new perception of time is the solution to the world’s escalating tensions. Dr. Louise Banks (Amy Adams) deciphers an alien language that changes the way she perceives the linearity of her own life. As she races to understand the language before war breaks out, she is gradually bestowed with the ability to “see through time”—her present and future collide in an unending loop, allowing her to share critical information with herself across the decades. But despite the ever-escalating danger and the inconceivably high stakes, the status quo is eventually restored.

The Obituary of Tunde Johnson (2019) explores these same themes through a well-off Black teen who gets caught in a time loop. After a traffic stop turns deadly, he wakes the next morning gasping for air—the only memory of his torment a rapidly fading dream. Each day he faces the same obstacles: coming out to his parents, encouraging his closeted boyfriend to do the same, and navigating the decisions he has to make about his future. The events unfold in conflicting, parallel, and diverging sequences tied together only by Johnson’s panic at the start of each day, and his death at the end of each night. But unlike Walker, Johnson’s main concern isn’t preventing the police shooting he can scarcely remember.

Instead, he wants to reconcile the many sides of himself and come to terms with his sexuality. It’s only after he releases himself from the pressures of expectation that Johnson breaks free of the loop and doesn’t meet an untimely end; time travel bestows Johnson with a second chance to recalibrate his life, but it also severs him from his cumulative memory. He doesn’t have the opportunity to learn and grow from his past mistakes. Instead, he’s forced to repeat the same mistakes in different iterations, dying again and again in new and creatively violent ways. The movie intentionally turns away from futility to embrace trauma.

For Black characters, time travel is merely another proverbial wall standing in their way—the only choices are a vengeful past or an uncertain future.

In The Terminator (1984) and Terminator 2: Judgment Day (1991), Sarah Connor (Linda Hamilton) struggles with knowledge about the future that affects her present. Her incessant prepping for an imminent dystopia lands her in a mental facility while her son, John (Edward Furlong), must fend for himself. But even when the evil she knows is stalking her comes back to finish the job, she still manages to emerge victorious, saving her son and thwarting an apocalypse. Once again, the stakes are world-ending, but the characters prevail. When Nina Harrison (Sanaa Lathan) discovers that the camcorder she’s been carrying allows her to rewind time in the “Replay” episode of the CBS Access reboot of The Twilight Zone, she has to use her memories and her accumulated knowledge to prevent her college-bound son from being fatally shot by a police officer during a traffic stop.

Early on, she realizes that the key to her son’s safety isn’t outsmarting the cop who seems to be stalking them across time, but in reconnecting with the nearby family she’d lost touch with. Together, they find a way to usher her son to his campus, but this same cop is still hot on their heels. The threat he poses extends all the way to the threshold of the college campus, and it’s only the community of Blackness they find there that protects them, finally breaking the loop. For Black characters, activities as mundane as getting to school unharmed warrant the magical realism or science fiction to break the natural order. For white ones, the whole world must stand still to witness how their lives intersect with the impossible. What time travel brings to stories of police brutality is a reiteration of the same framework: There’s no circumstance that can guarantee safety in the presence of police. But it’s hard not to despair when Black characters are constrained, even in the wide-open spaces of imagination.