For Sexual Assault Awareness Month, Here Is Every Allegation against Trump | Bitch Media

Commander in DisbeliefA Timeline of Sexual Assault Allegations against Trump 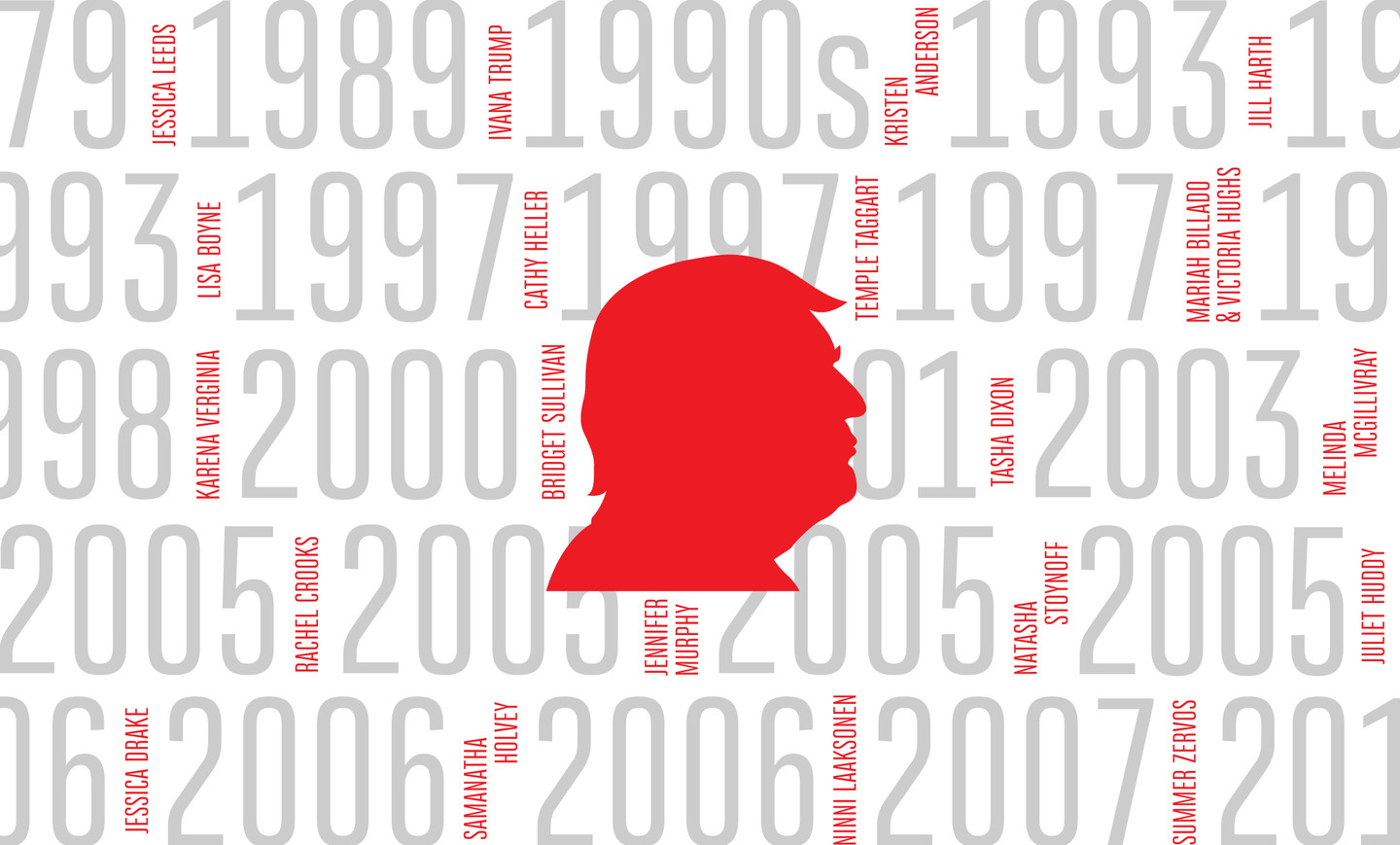 It can be difficult to keep track of Donald Trump’s transgressions amid the seemingly never-ending list of atrocious things he’s said and done. There is no dearth of human-rights violations that Trump can claim responsibility for from his continued refusal to condemn white supremacy as a global threat to him galvanizing his base to commit violence against political opponents to separating families and forcibly detaining them at the border. During Sexual Assault Awareness Month, however, it’s important to to acknowledge the president’s lengthy history of disregarding women’s bodily autonomy.

During a United Nations conference in September 2018, Trump casually remarked that he has been accused of sexual misconduct by “four or five women who got paid a lot of money to make up stories” about him. One allegation should be enough to give voters pause, but as usual, Trump’s math was incorrect: 23 women have publicly accused Trump of sexual misconduct.

Contrary to Trump’s—and many people’s—belief that his accusers were paid “a lot of money to make up stories,” the risk of coming out against powerful men is far greater than the so-called rewards. Women’s rights attorney Lisa Bloom says that she and the Trump accusers she’s worked with received multiple rape and death threats. Out of concern for the women’s safety, several donors offered to help offset the costs of relocation and security. There are other tangible risks that sexual-assault survivors face when they come forward. “Sexual assault victims are typically afraid…about coming forward,” Bloom explained in a statement to The Hill. “This is particularly true when the accused is wealthy and powerful because victims realize that they are putting their own reputation and ability to earn a living on the line.”

While sexual-assault survivors take hits to their reputations, financial security, and personal safety, what do Trump and other men accused of sexual misconduct lose? So far, nothing at all. That doesn’t mean we should stop talking about sexual misconduct perpetuated by powerful men.

For Sexual Assault Awareness Month, we have created a timeline of every sexual misconduct accusation made against the president. These allegations range from ogling Miss Teen USA contestants to violently raping former partners. To all of the survivors who’ve been brushed off by the media, Trump supporters, and the president himself, we believe you.