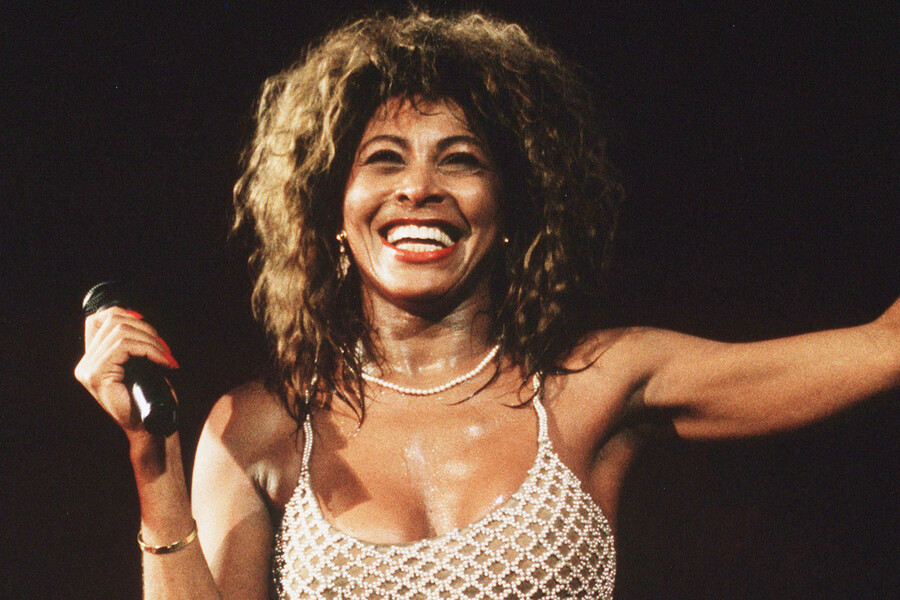 In a golden age of documentaries that we’ve seen offer shocking true-crime twists (The Jinx, Icarus), deliver powerful indictments of injustice (13th, How to Survive a Plague), and force us to confront our own complicity in cultural excess and celebrity abuse (The Queen of Versailles, Leaving Neverland), the new HBO film Tina can seem like a bit of lightweight hagiography. Whether or not you’re a fan of Tina Turner, the irrepressible song stylist who weathered an early career defined by isolation and abuse to reinvent herself in the video age as the first Black female arena-rock star, there’s no question that she’s a towering figure in both music and culture. But while Tina isn’t a revelation or a surprise, it’s absolutely a closure—the resolution to a decades-long paradox in which a survivor shared her story in order to get free of it and instead became pinned under the weight of the parts she most wanted to shake loose.

Tina’s first moments find the now–80-year-old Turner, interviewed at her home in Zurich, Switzerland, firmly setting boundaries. When she says “I don’t like to pull out old clothes,” it’s not clear if she’s speaking literally about her trademark glittering, befringed stagewear or whether it’s one more way to voice the repeatedly thwarted desire to, as one of her collaborators puts it, “tell it and forget it.” The “it,” of course, is her former life: first as Anna Mae Bullock from Nutbush, Tennessee, the daughter of poor cotton farmers who one day simply disappeared, one followed by another, leaving a young Bullock and her siblings behind. The “it” is her arrival in St. Louis, Missouri in 1957, where she became transfixed by local musician and songwriter Ike Turner and the burgeoning industry of rock ‘n’ roll. Despite singing experience that was limited to her Baptist church choir, 17-year-old Anna Mae was determined to sing with Turner, a dream he nurtured with mentoring and encouragement, what Tina recalls as a “family love.” And the “it” is the stardom that quickly soured: Ike Turner, already frustrated by being erased from songs he wrote but others made famous, saw in Anna Mae the vehicle for his own success and made sure she was his by subjecting her to mental, physical, and sexual abuse as a way to ensure she wouldn’t leave him. So while the world saw Tina and Ike tour with The Rolling Stones and headline prestigious jazz and pop festivals, make hit singles like “Proud Mary” and “Nutbush City Limits,” and score awards in the United States and abroad, these triumphs came at the cost of Tina’s own personhood. ( “I didn’t exist,” she recalls in one of many heartbreaking voiceovers.)

Directors Dan Lindsay and T.J. Martin are cognizant of the responsibility inherent in telling a story about one woman’s strength and resilience that doesn’t re-traumatize its subject or ignore her humanity. As Martin put it in a recent NPR interview, “[T]his notion that even at 80 years old, she’s still processing her trauma, you know…. that’s just something we couldn’t shake.” To this end, Tina uses both archival performance footage and re-created environments to illustrate the starkness of the split between the Turners’ public and private lives. In live performances, Ike Turner appears stony and watchful behind the kinetic blur of Tina and the Ikettes, a riot of flying fringe and furiously pumping legs. These scenes are juxtaposed with muted, haunting images of an empty house—an unkempt bed stranded in a sumptuous bedroom, a decaying kitchen, a kidney-shaped pool encrusted with dead leaves. The voiceovers that accompany them, in which Tina recalls meticulously hiding Ike’s abuse even as her desperation increased (and ultimately culminated in a suicide attempt), pull a viewer in with terrifying ease.

That others saw Tina’s irrepressible star power shine even brighter without Ike in the picture allowed her to establish an identity separate from his—and, eventually, to build up the courage to leave him. (It’s an almost incredible irony that another high-profile abuser, producer Phil Spector, so hated Ike’s presence in the studio where Spector recorded the duo’s “River Deep, Mountain High” that he essentially paid him to not be there.) But the film makes clear that leaving Ike was neither easy nor clean: His control of Tina as a literal commodity meant that she had no income of her own and had to literally fight in court to keep her name—and, in order to make a living, use it for anything and everything she could, including a long-running Las Vegas cabaret act and TV spots on variety and game shows that required her to keep a smile on her face and Ike’s name on her lips. And when she has the chance to reinvent herself, it begins a new vicious cycle: that of a rock ‘n’ roll Amazon living the future she’d always wanted but dogged by a media determined to remind her of the past.

As a fortysomething Black woman solo artist in the video age spawned by MTV, Tina was an indelible, if unlikely, icon.

Feeding on celebrity tragedy and trauma has become so central to pop culture that it’s hard to remember a time when we didn’t expect stars to be, as the tabloids put it, “just like us.” Tina certainly couldn’t have known that her decision, in 1981, to sit down with a reporter from People and share her harrowing story of abuse by and escape from Ike was akin to a horror-movie character blithely walking into a dark basement. (In fairness, her psychic did warn her.) The People article helped push the reality of domestic abuse into a much-needed public conversation, but, if anything, it further re-centered Ike in Tina’s narrative. Still, as a fortysomething Black woman solo artist in the video age spawned by MTV, Tina was an indelible, if unlikely, icon. The video for “What’s Love Got to Do With It,” for instance, couldn’t have been simpler—just Tina strutting through the streets of New York City, turning heads in her leather miniskirt and denim jacket—and yet reflected a determined re-emergence. Following the release of 1984’s breakthrough album Private Dancer, she was everywhere: singing with Mick Jagger at 1985’s globally broadcast Live Aid benefit; embodying the fearsome Aunty Entity in Mad Max: Beyond Thunderdome; picking up three awards at the 1985 Grammys. If you knew nothing about her past, Tina was simply an extraordinary talent. But solo success made it even harder for her to leave the past where it belonged.

Tina includes archival clips from concerts, talk shows, and magazine interviews that call back the hectic PR circus that followed Private Dancer’s string of hit singles, underscoring the contrast between the singer’s elemental onstage presence—triumphant, sweating, haloed in lights—and the tightly controlled responses necessary in interviews that almost always reanimated Ike’s villainy with questions like “What do you think attracts women to bad men?” Ultimately, Tina is an ouroboros, a film documenting a circle of fame, exposure, and retreat that requires a declarative vanquishing. This means that many of its interviewees—including longtime friend Oprah Winfrey; Carl Arrington (who wrote the 1981 People story); Angela Bassett (who played Tina in the 1993 biopic What’s Love Got to Do With It; Kurt Loder (who coauthored her 1986 autobiography, I, Tina); and playwright Katori Hall (who wrote the book for the 2019 Broadway musical Tina)—come across less as objective chroniclers of Tina’s life than as careful stewards of her legacy. They want to make Tina the final word—really and truly this time—on the singer’s career, what Tina’s second husband, former record executive Erwin Bach, calls “her closure.” By the film’s end, Tina has accepted that there’s no “bow[ing] out slowly,” and a viewer wants nothing more for her than to escape the spotlight for good. “I hope she knows how loved she is,” says Bassett. Tina ensures that there’s no possible doubt.

Read this Next: Whatever His Kink, Armie Hammer Is an Abuser 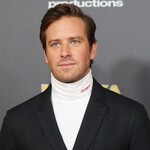