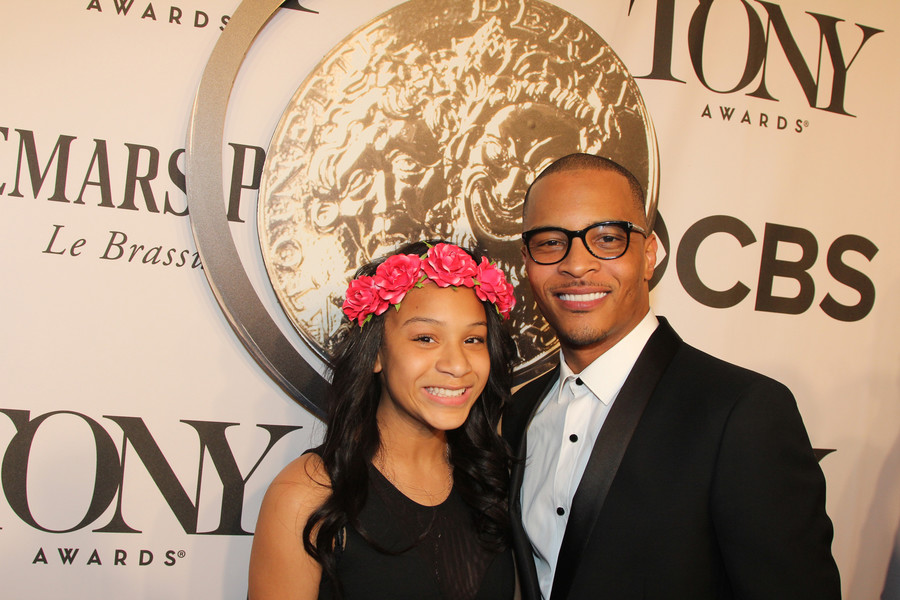 Last week, T.I.—the Atlanta rapper who has positioned himself over the last decade as a reality TV show version of Father Knows Best—publicly shared his disgusting approach to parenting his 18-year-old daughter Deyjah Harris. During an interview on the Ladies Like Us podcast, which was later deleted, he proudly disclosed that he accompanies his daughter to the gynecologist every year to “check her hymen.” “So we’ll go and sit down and the doctor will come and talk and the doctor’s maintaining a high level of professionalism,” T.I. said. “He’s like, ‘You know sir, I have to, in order to share information’—I’m like, ‘Deyjah they want you to sign this so we can share information. Is there anything you would not want me to know? See doc? No problem,’” he continued.

When the doctor explained to T.I. that the hymen can be broken by bike riding, athletics, and horseback riding, he responded, “Look doc, she don’t ride no horses, she don’t ride no bike, she don’t play no sports. Just check the hymen please and give me back my results expeditiously.” T.I.’s statement revealed that he intimidates his daughter into sharing information that she legally doesn’t have to share; it’s an extreme case of a parent crossing boundaries, but implying that his daughter not having had sex will repel men who want to have sex with her is a new low. “They’re no fun. Who wants a virgin?” he asked. “Like really? All that work.”

Meanwhile, T.I. joked during a June 2019 episode of T.I. & Tiny: Friends & Family Hustle about his 14-year-old son, King, bringing home their first grandchild. T.I.’s troubling comments clearly show that he’s following a double standard as he’s raising his children, a parenting practice that’s more common than it should be. T.I. illuminated our culture’s weird and unrealistic obsession with raising “pure” and “respectable” girls. It’s almost 2020 and many girls are still being told that sexual urges are shameful for them to explore, and that their sexuality isn’t something they should be proud to own.

Unfortunately, these lessons begin at home where parents of all genders peddle their patriarchal views about relationships to their daughters. These ideas are then reinforced by the village, including her neighborhood, church, the education system, and popular culture. “The concept of virginity derives from white-evangelical, patriarchal notions that have been used to control and regulate the bodies of women,” Nia Martin-Robinson, the Director of Black Leadership and Engagement at Planned Parenthood, told Bitch in an email. Southern Bible Belt states have historically offered “abstinence-only” education, which has been rebranded to “sexual risk avoidance,” according to Planned Parenthood.

This method has had no impact on reducing teenage pregnancy in the states that pushed it. Despite this, the federal government has reportedly spent $2 billion on funding abstinence-only education since 1982. Twenty-nine of the 39 states that require abstinence-education stress its importance. Yet, much fewer states require students to be educated about contraceptives, LGBTQ identities, and consent, according to the Guttmacher Institute. Additionally, according to a recent report from Marie Claire and the Fuller Project, both religious and secular groups are still commonly asking doctors to perform virginity tests on their children, and the practice remains unregulated.

According to some of the gynecologists interviewed for the story, families request the exam before arranged marriages or to attempt to find out whether a girl has started having sex. Some women request it themselves so they can meet a cultural expectation to bleed on their wedding night. Doctors admitted to performing the exams and lying about the results to protect girls from facing emotional or physical violence. One doctor, in particular, said they are seeing an uptick of women requesting hymenoplasties—or “virgin stitches”—to recreate or reconstruct the hymen. Comprehensive sex education, which could alleviate some of these misconceptions, is sorely lacking, and ideals like the one T.I. is spreading are still the norm.

After T.I.’s comments went viral, Planned Parenthood masterfully used Twitter to dispel this myth about virginity. “A virgin is someone who’s never had sex,” the page tweeted. “But ‘sex’ means different things to different people, so ‘virginity’ does too. Many don’t care what it means or think it matters. Whatever you believe, the fact is you can’t tell if someone’s had sex by checking their hymen.” We spend so much time teaching girls to care about these mythical conceptions about sexuality that don’t matter but fail to provide them with adequate information about the reproductive health issues that actually impact them. We also fail to give them proper access to resources that allow them to maintain their health. This harms them too.

A virgin is someone who’s never had sex. But “sex” means different things to different people, so “virginity” does too. Many don't care what it means or think it matters. Whatever you believe, the fact is you can’t tell if someone’s had sex by checking their hymen.

A friend of mine recently shared that her cousin, who is 30 and has never had sex, said she doesn’t need a pap smear because her vagina is “clean and untouched.” People vaginas need to visit a gynecologist for regular check-ups regardless of their level of sexuality activity. Common issues such as fibroids, polycystic ovary syndrome, bacterial vaginosis, and yeast infections are health issues a person faces whether or not they’re sexually active. Because people with vaginas have more access to resources in the digital era, there are opportunities to unlearn and tap into what they need, but vaginal and uterine health still has a long way to go. And that includes people who think like T.I. no longer being allowed space to discuss the subject at all.

Using healthcare to reinforce false beliefs about virginity is dangerous and detrimental to young women’s growth, especially young Black women, Martin-Robinson says. “Historically, Black women’s bodies have always been overpoliced, and oversexualized—ultimately denying us autonomy over the decisions we make about our bodies and lives,” she says. “Young women deserve to have accurate, sex-positive, sex education that allows them to learn about their bodies and reproductive health care that is compassionate, comprehensive, and non-judgmental.” T.I. is a Black man raising Black daughters; it’s crucial for him to be mindful that the weight of these misconceptions can feel extra heavy for Black women who are already navigating stereotypes, including the untrained “fast-tailed girl,” the promiscuous “Jezebel,” and the irresponsible “baby mama,” that are rooted in policing their sexuality and reproductive freedom.

Men must seek emotional health counseling and teach boys to have more empathy for themselves and others if they really want to protect their daughters.

If a girl reaches adulthood with these ideals as the foundation of her sexual identity, then it can be even more difficult for her to navigate attraction, pleasure, sexual agency, and reproductive health without falling over and over again into a well of self-sabotage. When you’ve learned in girlhood that your value and character is based on when you lost your so-called virginity, how many partners you’ve slept with, the kinds of clothing you choose to wear, or how many babies and babies’ fathers you have, it’s hard to fully tap into the joys of sexuality as an adult.

How can you define what works for you without trying to measure up to these impossible standards? How will a young woman allow herself grace if she makes a mistake when she was taught that she can’t be trusted to make decisions about her body and that she needs validation from a man for those decisions to be made righteous? All of these questions are explored in the reproductive-justice movement started by 14 Black feminists in the 1990s and is continued by organizations for women of color like Sister Song and California Latinas for Reproductive Justice. Fundamentally, reproductive justice teaches us that we are allowed to have pleasure, access to adequate sexual healthcare and education, and to have children if and when we want, and raise those children in safe and healthy environments. Deyjah and other Black women deserve to know this from the very beginning of their education about sex and relationships.

Instead, we have T.I. and other fathers who think they are protecting their daughters from toxic men who mimic their own misogynistic behaviors. But it is unfair for men to take their guilt from unhealthy behaviors in their own relationships out on their daughters. Meanwhile, they’re teaching their sons that it is okay to have sex—only with cisgender women, of course—as long as they strap up. An innocent child doesn’t deserve to bear the burden of an adult’s mishaps. Men must seek emotional health counseling and teach boys to have more empathy for themselves and others if they really want to protect their daughters. Otherwise, men like T.I. are giving girls extra work to undo when they’ve reached womanhood. Parents have to realize their child’s sexuality does not belong to them. It is theirs and theirs alone.

Read this Next: Dear Kanye West 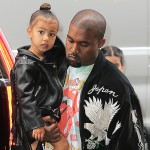 by Dara Mathis
People call down girl children like plagues.