Titus Andromedon Should Break Up With “Unbreakable Kimmy Schmidt”

“I don’t curr. I don’t curr,” Titus Andromedon sings to the tune of Beyoncé’s “Sorry” after breaking up with his boyfriend Mikey (Mike Carlsen) in the second episode of the third season of Unbreakable Kimmy Schmidt. The Lemonade-themed episode is a gem in a season that left me not “curring.” Even though the show’s creator Tina Fey needs a primer on intersectional feminism and the show insists on having Jane Krakowsi play Jacqueline, a Native American character, I highly anticipated this season because I’ve fallen in love with Titus (Tituss Burgess), the Black gay BFF of the show’s main character, Kimmy Schmidt (Ellie Kemper). Titus, formerly known as Ronald Effin Wilkerson, fled the deep South for New York City after marrying a childhood friend and ditching her at their reception to stay true to his sexuality. Although he’s there for Kimmy, Jacqueline, and his landlady Lillian (Carol Kane) when they need him, Titus is still targeted by their anti-Blackness, such as Kimmy using a black trash bag with eyes as a stand-in for him. Unbreakable Kimmy Schmidt’s third season made one thing clear: Titus deserves a spin-off show because he’s so much more than the punchline of white women’s jokes.

Season three finds Kimmy attending Columbia University after earning her GED while Titus licks his wounds from a cruise-ship gig gone wrong. After poisoning everyone on the cruise ship, Titus escapes on a lifeboat, drifts at sea, and survives by eating paychecks and wigs. His likeness is also stolen for an overactive bladder drug commercial, and a song he recorded called “Boobs in California” becomes a hit without his consent. As usual, Titus’s career is a series of unfortunate events while Kimmy gets to bask in the fruits of her whiteness in the Ivy League. Titus’s struggle to make a living mirrors challenges that many Black queer men face: According to the National Black Justice Coalition, almost 50 percent of Black LGBTQ+ people have experienced discrimination on the job, Black LGBTQ+ people are more likely to live in poverty than their heterosexual counterparts, and Black same-sex couples are twice as likely to be poor than Black straight couples. No wonder the show’s writers can imagine upward mobility for a white woman with a high school education, but not for a multitalented Black gay man. 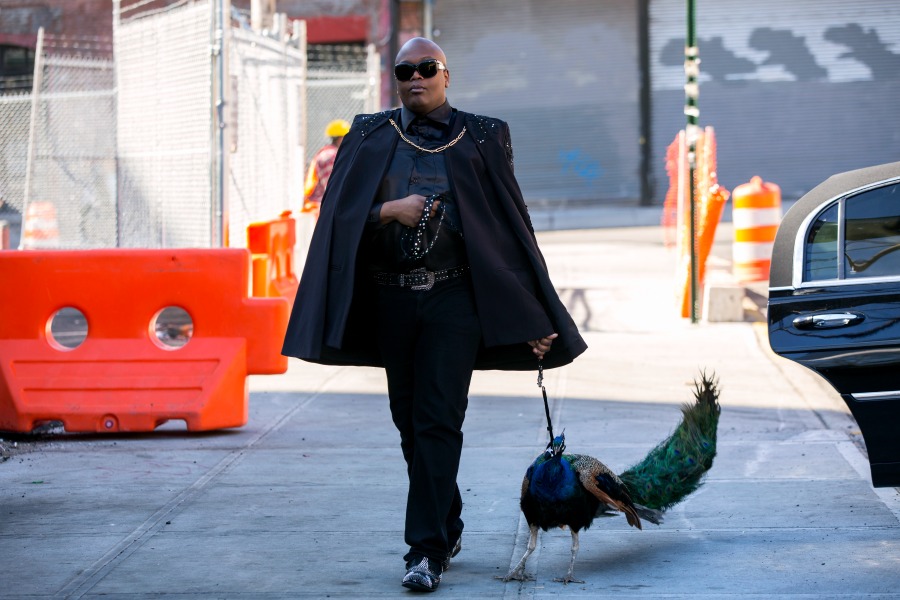 Titus’s love life doesn’t fare much better. He spends most of the season pining for Mikey, a newly out, white construction worker, but gets a shot at love with Ruben (Michael Benjamin Washington), the choir director at the Black church he attends with Kimmy. As a Black queer person who’s been in a relationship with another Black queer person for five years, I rooted for Titus and Ruben’s relationship because I rarely see relationships like mine on screen. Unfortunately, their romance fizzles out after Titus discovers that Ruben is a dad, and by the season finale, Titus is serenading Mikey at a boat function to win him back. The instability of Titus’s relationships feeds into the myth of the undesirability of Black, femme, queer, plus-size men. Gay men using dating apps, such as Grindr, are notorious for their racist, femmephobic, and fatphopic dating preferences. Black queer filmmaker Jamal T. Lewis is shedding light on this phenomenon in their No Fats, No Femmes documentary, which explores the “politics of desirability” through the lens of queer, trans, fat, femme, and disabled Black and Brown folks. Documentaries like No Fats, No Femmes outline how characters like Titus are denied love because of their Blackness and size.

Titus’s ode to Queen Bey, which includes three Lemonade-inspired songs, is the best thing to come out of his relationship with Mikey. Nearly all of this season’s promotions featured Titus “Lemonade-ing” in a yellow frock with a baseball bat in hand, but he’s still relegated to being a sidekick for white and white-passing women engaged in struggles typically led by people of color. Lillian is battling gentrification in their neighborhood and Jacqueline’s fighting to change the name of the Washington Redskins, but Titus is not central to these struggles. Their acts of resistance are amplified while Titus’s oppression is ignored. It seems that the show’s writers fear that Titus will overshadow Kimmy if his storyline is more developed.

Titus shouldn’t have to play second fiddle to less interesting characters, like he’s done for the past three seasons. He makes Unbreakable Kimmy Schmidt infinitely more watchable and deserves to shine in his very own show. In a spinoff, Titus can finally catch his big break, date all sorts of men of color, and reveal how he survived growing up as a closeted Black gay boy in rural Mississippi. So much of media about Black LGBTQ+ people centers the tragedies in our lives, which is the reason Titus is such an important character. There are so many juicy storyline possibilities for Titus, and I, along with countless others, believe it’s time for his close-up. And for those who don’t agree, in the words of Titus, “Boom, boy, bye, foop!” 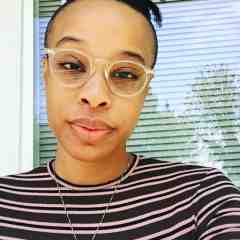 Neesha (she/her, they/them) is a Black queer feminist writer and community organizer originally from the South, currently living in the Pacific Northwest. She enjoys creating, laughing, and traveling with chosen family, her partner, and their cat, Seven. Tweet with her.​​​​​​