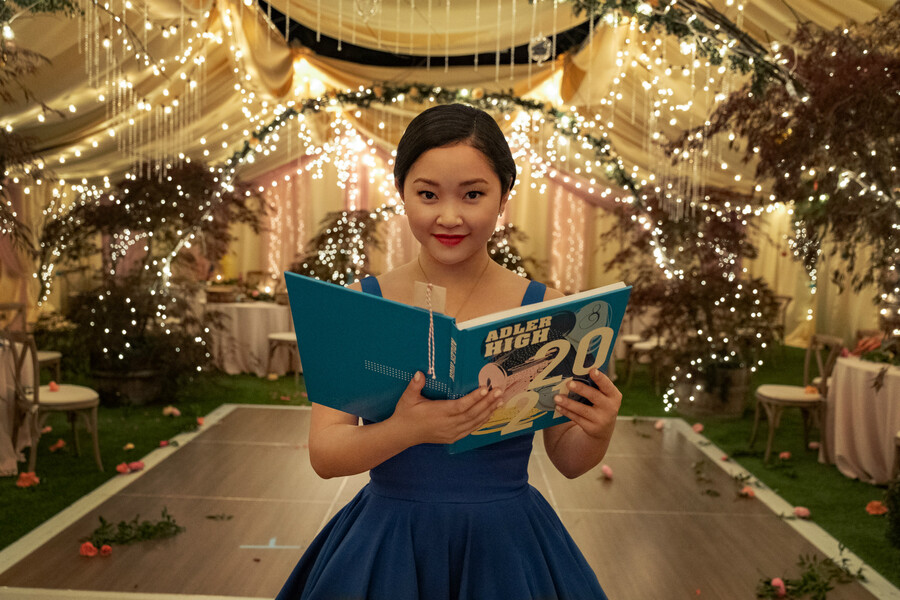 Lana Condor as Lara Jean Covey in To All The Boys: Always And Forever (Photo credit: Katie Yu/Netflix)

Setting a high school rom-com at the end of senior year, a period defined largely by uncertainty and disappointment, is a difficult assignment. We flock to romantic comedies in part because of their predictability. We can usually expect a happy ending following a few obstacles and disagreements—with sweeping, romantic gestures in between. But what happens when the prospect of separating rather than that of getting together is the main thing at stake? How do you maintain the sugary escapism of the traditional teen love story—with “real-life” adult issues looming in the background as well as believability for older viewers who’ve experienced this stage of life and enjoy these films as much as their adolescent counterparts?

To All The Boys: Always and Forever, the third and final installment in the series of Netflix films adapted from Jenny Han’s popular YA series, To All the Boys, doesn’t have all the answers for this dilemma. In fact, the second film, P.S. I Still Love You, which depicts our central lovebirds Lara Jean Covey (Lana Condor) and Peter Kavinksy (Noah Centineo) overcoming a disruption in their relationship, faced a cold reception, suggesting that the continuation of this particular story, at least in cinematic form, hasn’t been nearly as magical and unique as the original premise. It’s not that Always and Forever doesn’t offer plenty of moments to enjoy. The two-hour film is best consumed like an assortment of treats: handsomely crafted montages, fun pop culture references, saccharine snippets of dialogue, and, of course, the core chemistry of the film’s two charismatic leads. These components of Always and Forever are easy to indulge in while you’re watching, but the film ultimately lacks the essential nutrients of a satisfying conclusion.

Always and Forever follows Lara Jean and Peter through the last few months of high school. Peter’s been accepted to Stanford University on a lacrosse scholarship, while Lara Jean is hoping she’ll also be accepted to accommodate their union. When Lara Jean gets rejected, she reluctantly decides to attend the University of California Berkeley since it’s only an hour away from Stanford. But after attending a senior class trip to the Big Apple, Lara Jean’s instant infatuation with New York University threatens the couple’s comfortable situation with the specter of a long-distance relationship that hardly seems feasible. In addition to the unfolding of this central plot, Peter is figuring out his relationship with his estranged father; Lara Jean’s younger sister Kitty (played superbly by Anna Cathcart) has her own romantic life to obsess over; Lara Jean’s father, Dan (John Corbett), and neighbor, Trina (Sarayu Blue), are preparing to get married; and, of course, there’s senior prom.

Watching this particular period of time unfold in Lara Jean and Peter’s lives reminded me of The Spectacular Now, another film based on a YA novel that portrays a teen couple approaching postgraduate life. The 2012 indie drama, starring Miles Teller and Shailene Woodley, is neither romantic nor comedic, but rather an authentic character study of two teens whose unlikely coupling at the end of high school is rooted in their woundedness. Teller plays a popular senior named Sutter who is dealing with his alcoholism, a recent breakup, an absent father (like Peter), and the inescapable question of what he plans to do with his future. After an all-night bender, he meets Aimee (Woodley), a studious wallflower and chronic people pleaser, who in Tim Tharp’s 2008 novel but not in the film is also a survivor of sexual assault. The two quickly become codependent, and they map out a future together—but aren’t able to execute their plan before their personal baggage undermines it.

While the film’s ending suggests that Lara Jean prioritizes her own personal journey, her character still feels more fixated on preserving the past than invested in engaging with the possibilities of the future.

Unlike Sutter and Aimee, Lara Jean and Peter have a guileless relationship built on a healthy, mutual attraction to each other, which is, in part, what makes the To All the Boys franchise so refreshing. But Katie Lovejoy’s ultra-endearing screenplay could benefit from a dose of harsh reality and bittersweetness. For example, Lara Jean’s fantasy for her and Peter, as seen in dream sequences, includes getting married and buying a home. But even the alteration of that dream, a life away from him in New York, is represented as a fanciful, utopian version of big-city living. We’re reminded of what Lara Jean has to lose if she decides on a long-distance relationship with Peter through warm flashbacks and snapshots of their adoration for each other. But her main options, which both include being with Peter in some capacity, appear so pleasant that it doesn’t feel like much is at stake.

Additionally, Always and Forever never seriously considers the possible dissolution of Lara Jean and Peter’s relationship beyond Lara Jean’s naive concerns. We’re led to believe, just as these young lovers do, that distance is the only factor that could possibly endanger their romance as they become adults. The more pragmatic messaging of The Spectacular Now suggests that there’s value in the space the main characters allow each other, even if they make their way back to one another eventually. Lara Jean’s father asserts a similar idea, advising her in the midst of her decision-making that she can’t save her relationship “by not growing.” While the film’s ending suggests that Lara Jean prioritizes her own personal journey, her character still feels more fixated on preserving the past than invested in engaging with the possibilities of the future.

In a review of Always and Forever for Vulture, Helen Shaw points out the problematic messaging of framing the college experience itself “as a suitor.” Lara Jean’s infatuation with NYU is mostly prompted by one adventurous night on the town with her sassy best friend, Chris (Madeleine Arther), her former rival, Gen (Emilija Baranac), and a few NYU students. She briefly mentions the opportunities she would have to intern at major publishing houses. But aside from that, her desire to attend NYU seems pretty superficial—and not a healthy way for a young person to approach a decision that, in many cases, will put them in crippling debt. This depiction could be authentic to how an inexperienced teenager might choose a school, but it would be nice if the film illustrated a more specific picture of what Lara Jean wants out of her college experience—other than the opportunity to create Polaroid-friendly memories in the subway with her friends. If Always and Forever accomplishes anything, it’s that it’s extremely watchable, even if its story lacks heft.We ultimately walk away from Always and Forever grateful for the overall delightful experience of the franchise but also understanding why rom-coms don’t get sequels, let alone sequels to sequels, all that often.

Read this Next: Sex Re-Education 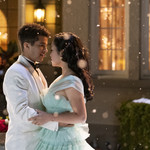 by Emily Forney
Though teen dramas claim to empower girls, toxic patterns prevent their characters from fulfilling their potential.