In the United States, brutally killing a Black person doesn’t necessarily lead to justice, especially without national attention; this is when Black feminist activists are forced to mobilize. The African American Policy Forum (AAPF), an organization cofounded by legal scholar Kimberlé  Crenshaw in 1996, launched #SayHerName in 2014 to demand that Black women, girls, and femmes be “integrated into demands for justice, policy responses to police violence, and media representations of victims and survivors of police brutality.” But the question remains: How do we fight for Black women, girls, and femmes when they’re alive? Trans communities are showing us the way, with Nina Pop’s life, and death, urging us to stand together in that work.

As names like George Floyd and Ahmaud Arbery ring through the streets, fewer people have heard of Pop, a 28-year-old Black, trans woman whose body was found in her Sikeston, Missouri, apartment on May 3, 2020. She’d been stabbed several times. Because people came forth with information, Joseph Cannon, 40, was arrested on May 15 and remains held without bond. Pop’s murder is as heartbreaking as it is common: Pop was at least the 10th trans person killed in 2020. Police haven’t determined a motive, but they also haven’t ruled out the possibility that her death was a hate crime. That consideration constitutes a mild victory because authorities so often ignore the fact that LGBTQ people are targeted; much like many Americans resist acknowledging that Black and Brown citizens are under attack, denying the existence of animus toward LGBTQ communities has become routine.

As such, it’s difficult to get officials to call a hate crime a hate crime: In its 2011 report, the National Coalition of Anti-Violence Programs documented a lack of bias classification—a reluctance of law enforcement to recognize anti–LGBTQ hate crimes—that advocates believe erase the realities LGBTQ populations face. And these realities are stark. Like other Black trans women, Pop faced unjust vulnerabilities created by the intersection of racism and sexism, and exacerbated by society’s denigration of trans lives. Unerased, a project from Mic, explains that Black trans women occupy a unique space in which they are regularly unsafe: When trans women are killed, intimate partner violence is “by far the most common scenario, accounting for 35 percent of deaths overall and 30 percent of Black trans women’s deaths.” Furthermore, “The data also show that Black trans women are at greater risk than other trans people of being attacked by strangers.”

While forced to navigate a society built on racism and sexism, women like Pop also face anti-trans hate that the American criminal justice system perpetuates. Just as a national spotlight on Arbery’s brutal killing was required to secure arrests that won’t necessarily yield indictments and prison time, crimes against trans people often go unpunished, and this is especially true when victims are trans and Black. Moreover, in the rare instances when convictions are secured, “People who kill Black trans women and femmes are usually convicted of lesser charges than those who kill people of other trans identities,” according to the Unerased project.

Just as activists and scholars must stand against this erasure of LGBTQ realities, they must also avoid reducing individuals to a single aspect of their identities, and instead understand them in full. On May 6, 2020, Helle Jae O’Regan became at least the 11th trans person killed in 2020. Unlike Pop, at this moment in time, she doesn’t seem to have been targeted for being trans, as it was apparently a random attack by  Damion Terrell Campbell, 42, who was charged with O’Regan’s murder. Nevertheless, knowing O’Regan was trans matters. It allows her memory to be more fully honored. In having her identity acknowledged in death, O’Regan avoided the fate of far too many trans murder victims: having one’s violent demise followed by the further violence of misgendering and deadnaming by police officers and the media.

How do we fight for Black women, girls, and femmes when they’re alive? Trans communities are showing us the way, with Nina Pop’s life, and death, urging us to stand together in that work.

On May 27, 2020 in Tallahassee, Florida, Tony McDade became at least the 12th trans person killed in 2020. When a police officer murdered the 38-year-old, he was forced to join a group no one would choose: The membership roll is painfully long, but some of the latest additions include Breonna Taylor, who was killed on March 13, 2020 when police barged into her home and fired 20 times, and Floyd, whose video-recorded murder has sparked protests around the country. Again, identity plays an undeniable role both in the way that these crimes are explored and explained by media, and in the way in which  the perpetrators are prosecuted by law enforcement.

For Black and Brown people killed by police, there is no mystery about the responsible party, but arrests are far from a guarantee. In addition to that injustice, McDade was subjected to the posthumous violence of being misgendered by police and some media outlets. Simply by being trans, Black people like McDade are forced to face even further injustice. In contrast to the aforementioned cases, a suspect emerged in Pop’s case because community members came forward. And yet, Pop’s unjust death still exposes the need to center trans women of color in feminist analysis and mobilization. When we focus on people who live (and disproportionately die) at the intersection of multiple forms of oppression, we gain insight into what harms those at intersections with less traffic.

And we’ve seen the ways that the tides change when people come together to rally to protect trans lives and Black trans lives: Nationwide, thousands showed up for Black trans people on June 14, a visual that previously felt impossible. But it was real. To honor Riah Milton, 25, and Dominique “Rem’mie” Fells, 27, people mobilized. This rally to protect Black trans lives is truer to a Pride parade than the United States has seen in years. The fight for racial justice can only be enriched by feminist strategies developed with an eye toward trans inclusion and empowerment. Let’s continue to center this struggle.

Read this Next: Tony McDade and Other Trans People Deserve Better than Deadnaming 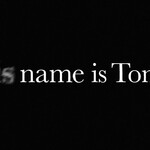 by Rachel Charlene Lewis
It’s not accurate to call a trans person by incorrect pronouns, or a name that isn’t, and never was, their name.
by Koritha Mitchell
View profile »

Koritha Mitchell is author of the award-winning book Living with Lynching and the forthcoming book From Slave Cabins to the White House: Homemade Citizenship in African American Culture. She is currently a faculty fellow at the Kirwan Institute for the Study of Race and Ethnicity and a Society of Senior Ford Fellows (SSFF) board member. Follow her @ProfKori.