“To The Bone” Relies On An Old AF Male Savior Narrative 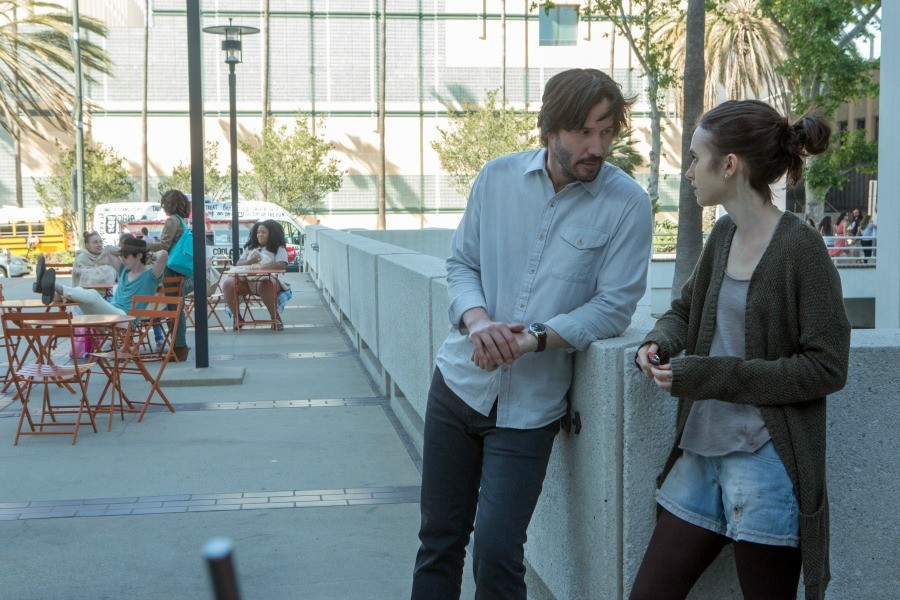 “She used to be a nice, plump, good-natured little girl. Believe me,” wrote one Dr. Anderson to Dr. William W. Gull, the 19th century physician credited with giving a name to the illness we now know as anorexia nervosa. Gull, who published Dr. Anderson’s letter in his 1874 article “Anorexia Nervosa (Apepsia Hysterica, Anorexia Hysterica),” mentions Anderson’s patient—Miss C., he names her—as an addendum, one further case study to cement his characterization of wasting young women who have benefitted from his care.

“The condition was one of simple starvation,” he said of 17-year-old Miss A. “Her emaciation was great.” Though no physical illness has induced the weight loss, Gull observes, Miss C., like Miss B. and Miss A., are, well, … unruly. “Temper obstinate. Great restlessness,” he notes alongside their pulse and respiration rates. He quotes one mother who finds her daughter “difficult to control.” In his rationale behind the name of the disease itself, Gull notes, “young women … are specially obnoxious to mental perversity.” The treatment Gull prescribes isn’t exactly cruel, but he may as well be suggesting a cold compress and an aspirin—it sounds that vanilla. He prescribes a heated tube of India rubber placed along a patient’s spine, “warm clothing and some form of nourishing food every two hours, as milk, cream, soup, eggs, fish, chicken … a dessert-spoonful of brandy every two or three hours,” cared for by “persons who would have moral control over them; relations and friends being generally the worst attendants.”

All of this would surely make Dr. William Beckham (Keanu Reeves), the so-called revolutionary who runs the elite eating disorder rehab in the new film To the Bone, cringe. Despite the mega-controversy its triggering-or-not-triggering trailer has prompted and a script with a welcome dose of levity, Marti Noxon’s dramedy falls prey to the old AF story of wise male savior rescuing troubled girl. Our troubled girl is Ellen (Lily Collins), and where would she be without a good testosteroned shrink? “World’s Okay-est Doctor,” reads the mug on Beckham’s desk at Threshold, the first time his character is on-screen, but of course this is tongue-in-cheek. 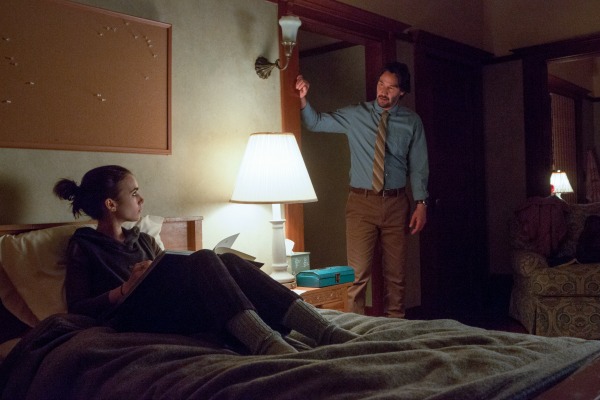 This is the man mothers send their daughters to when “they’ve tried everything else.” Beckham’s tone is brusque; his manner, no nonsense; his ties, normal enough. He drives an ivory Porsche. He stops by the Threshold house at breakfast (we see that once), but otherwise he facilitates group therapy, individual counseling sessions, and the occasional excursion. You’ve seen it in the trailer, right? He takes the patients to LACMA, where they visit Rain Room, an “immersive environment of perpetually falling water that pauses wherever a human body is detected.”

Under the falling water, Threshold’s patients dance with abandon and, afterward, sit outside, energized on the museum’s terrace—all but Ellen. Her character sees through Beckham’s “life is beautiful” philosophy and tells him as much; his response is, “yeah, that’s bullshit.” He offers some off-the-cuff advice, reminding her that when that cynical voice gets in her head, she should tell it to “fuck off, voice,” prompting the other patients to shout “fuck off” in one of those uninhibited-but-nervous-making moments where the laxity of the mentally ill threatens to taint the sane world. This scene is a tired and troubling relapse in a film that seems to want to break new ground—it’s not often that we get to see a character chew-and-spit her way through a meal while getting drunk, and, ostensibly, having a pretty decent night. However, that scene’s nowhere near as problematic as the ease with which Ellen agrees to change her name at Beckham’s suggestion.

Here, viewers are asked to suspend their disbelief and buy that this difficult young woman—who got kicked out of her last rehab for writing “suck my skinny balls” during art therapy—is willing to cede her identity to a man whose superman powers she has vocally questioned. All it takes is a casual inquiry from Beckham: Has Ellen ever really liked Ellen? How about Eli? How about Miss A or Miss B? Maybe the story of men reacting negatively to the control women try to take over their bodies is older than the term “anorexia nervosa” or male doctors treating female eating disorder patients. To The Bone’s male savior is so convenient, so familiar, so old because men have been governing women’s bodies as long as women have been manifesting what Joan Jacobs Brumberg describes in Fasting Girls as “certain transhistorical emotional features—such as desire, control, and anger” through their relationship with food. 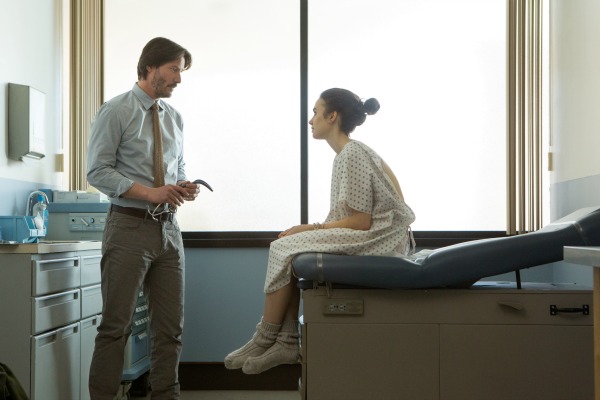 The Medieval, ascetic, fasting saints who Rudolph Bell details in his book Holy Anorexia could find nourishment through a man—ephemeral, mystical, omniscient as they come—taking the form of the Eucharist or, well, God. (Though, as Brumberg notes, such anorexia mirabilis, or food-related “acts of autonomous female piety” in the post-Medieval time, “came under special scrutiny from male clerics.”) Sarah Jacobs, the famous Welsh Fasting Girl of the 1860s, who gained national recognition for going years without food, was monitored by local men, the subject of discussion by a band of male doctors, and monitored day-and-night before she died at age 12. Karen Carpenter had Richard. Maybe women will always be working at a disadvantage because they’ve been practicing institutionalized medicine for a shorter period of time, right?

In 20 years of treatment for an eating disorder, I’ve had one male doctor. He had a chocolate brown mustache and a collection of moose statues; he was a psychiatrist—very nice, very not life-changing. In my novel, I Must Have You, it was important to me to have a strong female therapist working with one of the characters, Lisa, while she’s in treatment. It was true to my experience, but frankly, I’m also bored by the sexism that underpins a male doctor feeding the obstinacy out of young women. I’m bored by the illicit love story that seems to underlie the doctor-saves-anorectic narrative, a sort of chaste romantic romp through the patriarchal “Madonna or whore” paradoxes of health. The anorexic woman might be neither, and that’s why she poses such a threat.

Near the end of To the Bone, when Ellen has run away from Thresholds, Beckham stands on the porch steps, talking to Ellen’s family: “For Eli, the bottom is critical,” he says. These platitudinous invocations relegate Noxon’s movie—and Collins’s character—to a worn out narrative, the one where the sagacious male gets a hand in making young women and girls healthy, better, “good-natured.” By keeping the wise doctor male, stories like To The Bone tacitly suggest that maybe all women never really shake their “mental perversity.”

Still, I want to say, it’s a start. Eli doesn’t trade bites of ice cream with her male doctor like Jennifer, Jason Leigh’s anorexic heroine, does at the end of The Best Little Girl in the World. But as filmmakers like Noxon and writers like Sarah Gerard continue to use art to sway the conversations we have about eating disorders, pushing back against the male savior is more important than ever. We don’t need more depictions of women being competitors. Women should be empowered to offer counsel, support, and “moral control,” as Gull would have it, to one another. 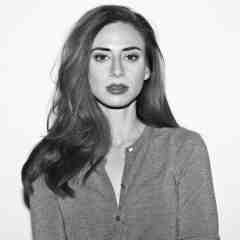 JoAnna Novak is the author of I Must Have You (Skyhorse Publishing 2017) and Noirmania (forthcoming from Inside the Castle 2018). She has written fiction, essays, poetry, and criticism for publications including Salon, Guernica, BOMB, The Rumpus, Conjunctions, and Joyland. A co-founder of the literary journal and chapbook publisher, Tammy, she lives in Los Angeles. 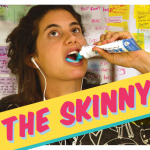 Jessie Kahnweiler is a comedian who revels in tackling tough topics. Her new webseries, The Skinny—...