Today I Am Mourning for Our Country | Bitch Media

Today I Am Mourning for Our Country 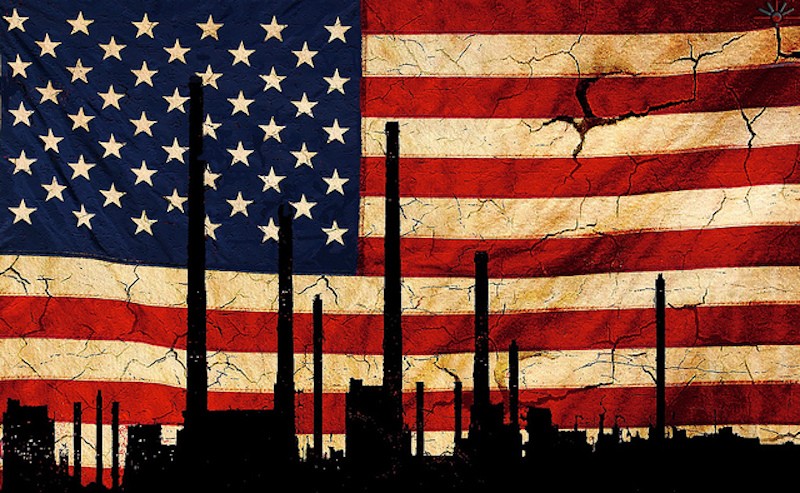 I woke up to news that the country I was born in, that I love, that I have never seriously planned to abandon has decisively elected to the American presidency a racist, misogynistic, and xenophobic zealot. A man who has shown us the extent to which he is uninterested in an inclusive country. A celebrity who time and again wantonly displayed his open disregard for women, for African Americans, for Latinx while much of corporate, mainstream media leaned in to give him free publicity, to guffaw at his ignorance, to almost secretly admire his brazen hostility.

Reading the words “President Donald John Trump” evoked nausea and despair. It evoked sadness and rage. But mostly, it evoked exhaustion. Yes, I know that fighters do not give up. I am a preternatural optimist. I was born fighting. All I have known in my life is the stubborn will to continue to rise from the ashes of wildfires not of my own making.

But today I do not care about being a phoenix. I care about witnessing again the abusive relationship I have with my country and its democracy. Today, it feels like flags should be flying at half-staff. Not because democracy is dead, but because it is broken, and we have all watched it break and we have not done enough to keep it alive in a way that ensures an inclusive future.

I feel betrayed by the 53 percent of white women who voted for Trump. It is not revelatory for me or any other Black person in this country that there is a significant group of white women who are as misogynistic, if not more so, than our future orange leader. To live in America as a Black woman is to know open hatred leveled at you, to feel thinly veiled contempt as a fact of life. The safety, serenity, and security extended to white women in America has never been accessible to Black women, nor has it ever been safely within our grasp.

Today, it doesn’t matter that I have never considered myself to be particularly political or to even be a political news junkie. I joke sometimes that I have PTSD from being a Black woman reporter first in Texas and then on the West Coast, where white liberals were assured by my presence, taking my existence in their midst as evidence of post-racial achievement in American society. So I don’t lightly or willingly wade into political news or any other news cycle.

This was different. Deluded in part by media who seemed to collectively decide that electing Trump was an impossibility, I came to believe simultaneously that I could be a part of a time that saw the first Black president and the first woman president, and that we would get the president that we deserve. If I lived in a country that was that angry at Black and female progress, I wanted it out in the open, not veiled and not coded.

I did not believe that America was ready for Barack Obama, and yet. This time, I decided to be more hopeful, to be more deliberately focused. We did get the president America deserved. But not in the way that I had hoped.

For more than a decade, I have mourned people and places and relationships passing, but I have never openly mourned the death of civility, the rise and blatant flaunting of bigotry, the utter rejection of the full humanity of everything I am: woman, Black, raised in an inner city. Today is the day for that, for tears of frustration. To make friends with fear. To embrace despair. To feel my valid feelings.

Hillary Clinton’s concession speech moved me to tears because of the truth in it—the affirmation of how deeply it hurts to see our country turn this corner in the name of lifting up 1950s nostalgia, the importance of not giving up the fight especially for young women and little girls. But it also made me cry because of lines like this, to us, women young and not so young: “You are valuable and powerful and deserving of every chance and opportunity to pursue your own dreams,” she said. She went on to quote Scripture to ask us not to grow weary of doing good, to have faith in ourselves and each other to stay the course.

As much as my heavy heart swells with pride in her, in some of us, in ways that we have risen in the past, today I am tired. Perhaps tomorrow or the day after I will shake this bone-deep weariness. Grief is an ocean that ebbs and flows. It can also be a catalyst for so much, for phenomenal change, for rest before the fight resumes, to reflect on the battles gone and the battles to come. 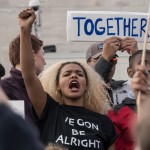