The Anti-Blackness Is Real | Bitch Media

The Anti-Blackness Is RealA Review of “Too Black To Be French?”

Most Western discussions of racism and stories about Black lives are centered on the United States and its citizens. Too Black to Be French?, a documentary from director Isabelle Boni-Claverie, breaks from those confines by looking at the role anti-Blackness plays in France. The film challenges the ways we think about race by exploring the deep effects of racism within France’s white-dominated culture, politics, and mass media.

Too Black to Be French? begins with the director’s family history; Alphonse Boni, an Ivorian who became France’s chief justice, was her grandfather. Viewers unfamiliar with French colonial history may miss the significance of some events from Boni-Claverie’s past, but her family history adds a unique layer to the film. While Boni certainly left a mark on French politics, the scenes focusing on his life—and the filmmaker’s upbringing—show an upper-class lifestyle that only represents a small fraction of Black experiences in France. Because of their narrower view, these moments aren’t as impactful as the “you know you’re Black when” segments, in which Black citizens across socioeconomic classes talk about aggressions they experience at the hands of white citizens.

The film is best when it prods French racism, dissects whiteness in France, and examines racist stereotypes built into French society. Early in the film, Boni-Claverie depicts the controversy that surrounded Jean-Paul Guerlain after he uttered racial slurs and insults against Black people on live television. The film then shows how Black stereotyping has seeped into French culture through insensitive TV advertisements and how colorblindness as a political concept has fostered discrimination throughout the country, from the film industry to political appointments. This exploration of French colonialism, history, and white bigotry strengthens Too Black to Be French? and shows how the horrors of European racism live on today.

Too Black to Be French? clocks in at 52 minutes, and Boni-Claverie’s insight into the colonial legacy found in her family, her political life, and even her career as a filmmaker could have been deepened to create a lengthier, meatier film. But anyone interested in learning more about racism and colonialism in one of Europe’s most powerful countries shouldn’t miss this documentary. As Boni-Claverie reveals, bigotry remains a dangerous strain in French culture, one that eerily coincides with white nationalist sentiments in American politics today.

Relevant: As a Biracial Woman, It's Powerful to See "The Mindy Project" Explore Identity 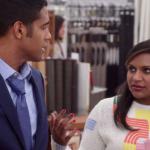 by Mia Nakaji Monnier
In my family, my race and my culture made perfect sense. Outside it, people didn’t always know what to make of me.