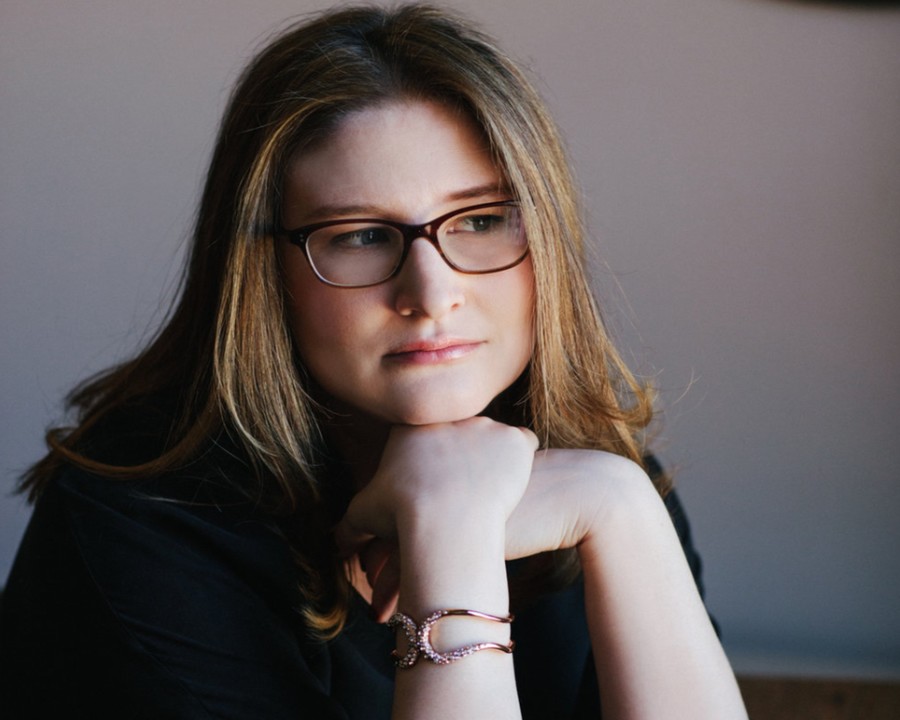 Rachel Vorona Cote has always been fascinated with stories. She grew up on classic literary tales about girlhood such as Anne of Green Gables and Jane Eyre, and then studied literature in college and graduate school. “I tend to think about things in terms of narrative,” she says. “And I’m particularly interested in the stories that we tell ourselves and what stories make us anxious and why.” It was those stories, particularly ones about unwieldy women who refused to live within confines carved by patriarchy—that inspired Vorona Cote to write her debut book Too Much: How Victorian Values Still Bind Women Today (out from Grand Central Publishing on February 25.)

Too Much weaves its way through the myriad ways women can be deemed to be “too much” for this world, but Vorona Cote’s first order of business was defining the meaning of the phrase. Being “too much” begins as a vague cultural concept that “can refer to nearly anything,” but it becomes weaponized against people—primarily women—whose “dispositions, embodiments, sexualities, disabilities, and so forth are disconcerting or uncomfortable to behold.” Very clearly defining the “too much” concept “seemed especially necessary because I made up a freaking term,” Vorona Cote tells me. “If I’m going to lob it at readers on every single page I owe it to them to define it fully and to explain the thinking behind that definition. I credit my academic training with that particular structural decision: clarify your argument…and your key terms early so that your reader has a roadmap for the rest of the text.”

While Too Much is intellectually rigorous, it doesn’t read like an academic text. The book’s complex ideas feel accessible and engaging—like having a great conversation with a super smart friend. When the author references the persistent lack of stories about young girls of excess, for example, she explains that “the ranks of Too Much girls have hardly thickened, even if the atmosphere has softened.” It’s this kind of diction, full of both meaning and warmth, that fills the book’s pages and beckons the reader closer—these are long-shared understandings finally put into words. When I point out the book’s seemingly democratic spirit, Vorona Cote quickly agrees. This impulse is one of the various reasons she left academia, where both the barriers to entry and the strictures of expression seemed to isolate knowledge in the hands of a privileged few. “It’s humbling how many brilliant minds are in the world and I want to see conversations expand. I don’t want them cordoned off.”

You can hear that egalitarian worldview in the writing itself, which manages to be both precise and expansive, inviting the reader’s mind to grow as her work challenges long-held norms and assumptions with complexity without relying on language or terminology that keeps the reader at an arm’s distance. When she refers to Lana Del Rey’s “white privilege that permits her to elude the gooey label of mental illness and rearticulate herself according to a new, more puissant interpretation,” you know exactly what she means (even if you decide to double-check the definition of the word “puissant”). Every word in the book is chosen for maximum impact and clarity (and not infrequently, a good dose of humor), creating what Vorona Cote hopes are “only doorways, no barriers” into a long overdue conversation about the ways women’s identities are forced into ever-tightening boxes in the name of morality, duty, decorum, beauty, happiness, or whatever else patriarchy is selling.

From the very first page, Vorona Cote argues that “A woman who meets the world with intensity is a woman who endures lashes of shame and disapproval.” And, yes, this sort of punishment begins in childhood. “It was important to me to demonstrate how we are fitted into these corsets from an early age, with new laces introduced, and pulled ever more tightly,” Vorona Cote tells me. Each chapter’s one-word title—“Nerve,” “Crazy,” “Horny,” “Loud”—announces its theme as Vorona Cote weaves the threads of her argument, pairing analysis of canonical Victorian texts like Great Expectations and Middlemarch with examples from contemporary pop culture, as well as her own experience, to reveal how women who live, act, or feel in ways outside of the strictures prescribed to them by society are often punished.

In everything from novels about sex-obsessed vampires to myopic manuals that obsess over every detail of a woman’s appearance and demeanor, the Victorians—a particular focus in Vorona Cote’s graduate coursework—had a lot to say about “too much” women. But so do the books, films, television shows, and music of today. “Our culture,” she writes in the book’s introduction, “for all its staggering toward progress, possesses a meager threshold for discomfort when faced with examples of nonnormative difference.” And Vorona Cote has the receipts. From the moral retribution exacted on a cheating spouse in several Tyler Perry movies to the widespread mockery of Britney Spears for her struggles with mental health, the judgment of “too much” women still abounds in contemporary works.

Though Vorona Cote is an expert in—and a voracious reader of—Victorian novels and stories, she also recognizes their limitations, not only in their ability to champion the too muchness she holds dear, but in their inherent privileging of the stories of white women above those of other races or marginalized groups. As Vorona Cote points out, even when women of color appear in Victorian texts, they’re often written as one-dimensional toss-offs or foils to the white protagonist, the “mad woman in the attic.” In Vorona Cote’s view, this is a dangerous oversight in need of a corrective. After all, so many of the women who are labeled “too much” by the white male patriarchy are women in marginalized groups, particularly women of color, who tend to bear the brunt of the hegemony’s anxiety over bodies that don’t fit into its predetermined whitewashed molds. “I was absolutely right to be anxious, because this work is crucial for white writers and must be conducted rigorously and with the compassion that can only come from de-centering oneself.” 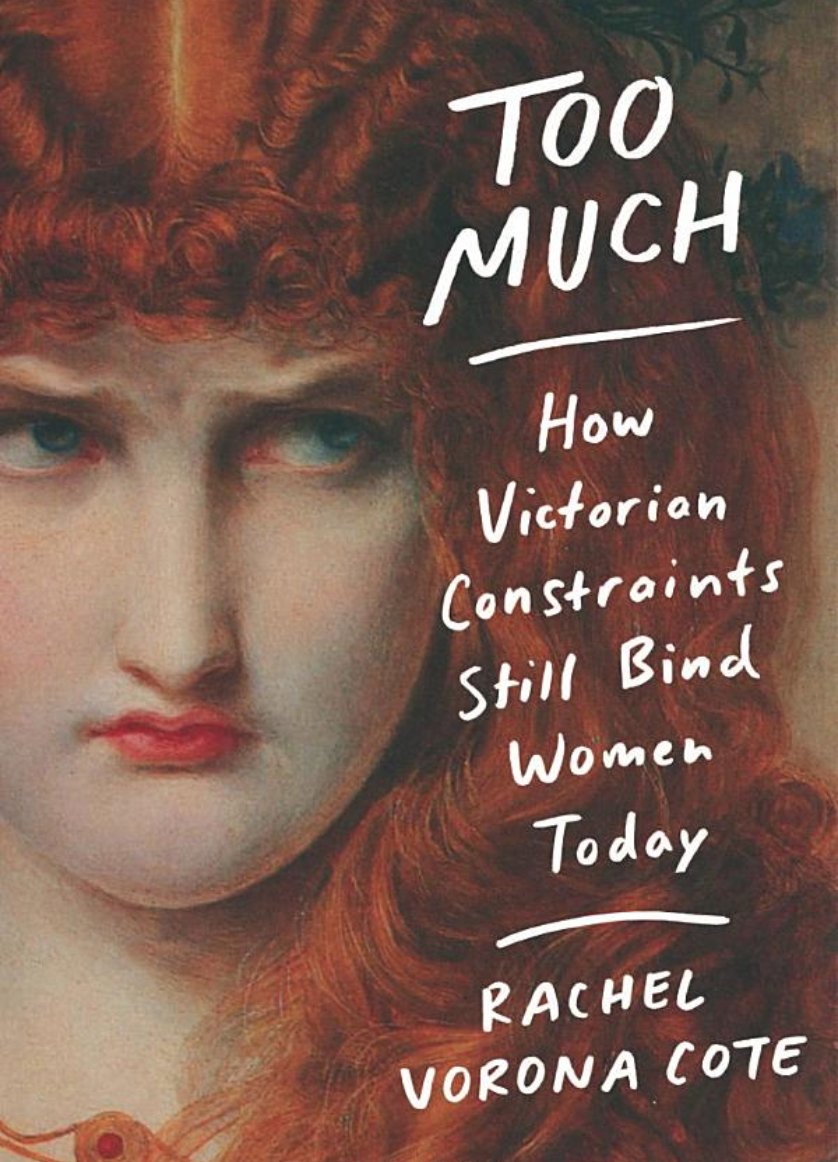 You can see her humility on this subject at work throughout the book; Vorona Cote sensitively acknowledges the limits of her proof texts and offers examples of how women of color have challenged cultural norms, sometimes at great personal cost. “When I discussed contemporary culture, I wanted to emphasize that the brunt of ‘too much’ stigma falls on women of color and the queer community, the latter of which I am a part, but in the most privileged way,” she says. “If it has been difficult or dangerous for me to live in the world as I am, it has inevitably been profoundly more dangerous for most other women.” But no woman, no matter her privilege, is immune from the burdens of the “too much” label: Vorona Cote has experienced plenty of backlash for being an emotionally sensitive child; as an adult, she’s faced varying consequences for being too loud, too big, too needy.

She doesn’t back away from excavating the darker moments in her life, such as her struggles with self-harm or her affair that ultimately ended her first marriage. The way she sees it, she has “an ethical motivation to share [her] experiences with mental illness,” particularly because she had the privilege of medical care and relationship support that allowed her to overcome her struggles. But, of course, “no writing worth doing is ever completely safe,” and you can see the vulnerability in Vorona Cote’s testimony (she even admits to falling back into harmful habits in the course of writing the book). She never lets herself off the hook for her actions that cause hurt, but she also makes sure to keep the pressure on the system itself and the way it fails women who don’t stay within the lines. But while the author invites us in to her own experiences and struggles, Too Much isn’t a memoir. “I regarded myself as a very handy case study,” she explains, rather than as the primary focus. This isn’t a navel-gazing exercise, but an excavation of the broad, deeply rooted prejudices that try to keep women from taking up space in the world.

Still, in the end, “it does sort of come down to pleasure,” Vorona Cote says of her own experience, both in life and writing. And pleasure is the overwhelming feeling one gets from reading Too Much—a sense of mental and emotional overflow that feels like a good rinsing out of the soul. It’s okay to cry while reading Too Much; I did at least once. I also found myself writing “thank you” in the margins multiple times, another cathartic reaction to a book that finally speaks aloud so many of the feelings that women have been told to keep tucked away, lest we become unruly, unkempt, or undesirable. Ultimately, Too Much is its own act of defiance, and in reading it, we become co-conspirators in the plot to explode (or at least expand upon) the narratives of women, real and fictional, who have come before and create a more tender, expansive view of womanhood for those who come after. So we’ll keep pushing against the borders, messily, imperfectly, and if Vorona Cote has her way, without shame or fear. After all, she explains, “humans are storytellers,” and it’s well past time for women to write their own stories.