On Tour in the U.S., Pussy Riot Calls for Media Freedom and Prison Reform | Bitch Media

On Tour in the U.S., Pussy Riot Calls for Media Freedom and Prison Reform 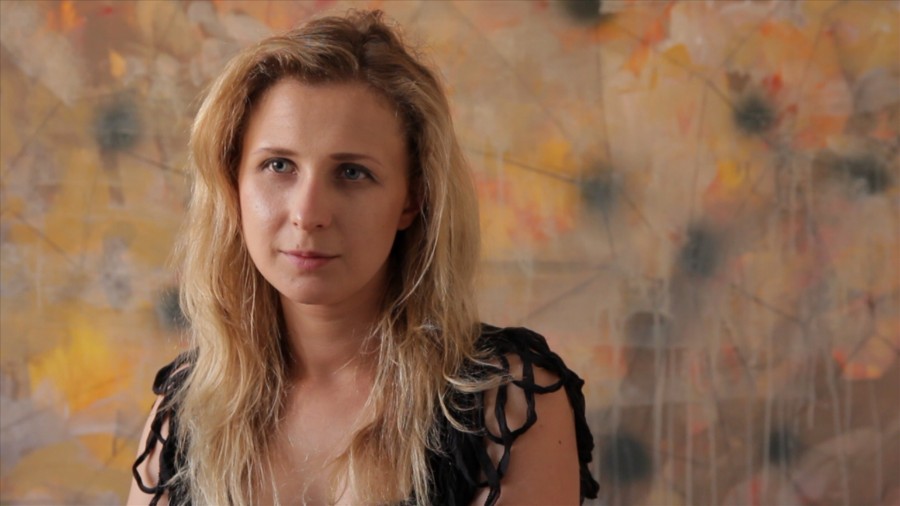 Pussy Riot member Maria Alyokhina in a still from Act & Punishment, a new documentary about the group.

On the heels of releasing a scathing new music video, a member of punk protest art collective Pussy Riot is touring in the U.S. to champion prison reform in Russia and advocate for imprisoned political performance artist Petr Pavlensky. Pussy Riot’s Maria Alyokhina is joined on tour by fellow Russian artist and activist Ksenia Zhivago. The mini-tour, which stops for speaking engagements along the West Coast and in Chicago, Buffalo, and New York this month, also highlights the trailer for an upcoming Russian documentary about the group called Act & Punishment.

Pussy Riot started up as a Russia-based collective of female activists back in 2011. The next year, the group made international headlines when three of their members, including Alyokhina, were charged with “hooliganism” for their performance of the song “Punk Prayer” in Moscow’s Cathedral of Christ the Savior. The arrest and trial garnered overwhelming Western sympathy, most notably in the music community when artists like Paul McCartney and Madonna voiced their support for the group.

While Pussy Riot’s work specifically critiques conservative Russian politics, on this tour they’re attempting to connect the dots between oppression in Russia and oppression in the rest of the world—and they’re looking to strengthen connections with activists around the globe.

On Tuesday, February 9, at the Crystal Ballroom in Portland, Alyokhina and Zhivago spoke in front of an eager audience of almost 900 people. The crowd was made up of old and young activists, including many college students and a substantial number of people who spoke Russian. Alyokhina and Zhivago were joined by their friend and tour organizer, music producer Alexander Cheparukhin, who also acted as Alyokhina’s translator. During the conversation, Alyokhina, a fierce and captivating speaker, acknowledged the influence that riot grrrl bands had on the group. She spoke about meeting with music icon Tobi Vail, a founding member of Bikini Kill and one of Pussy Riot’s earliest supporters, in Olympia, Washington. Vail’s initial endorsement of Pussy Riot’s efforts in Russia set the stage for continued Western advocacy. While the West has lauded Pussy Riot’s protests and cried out against their treatment by Vladimir Putin’s government, Russians’ reactions to the group have been more complicated. Taking their cues from the Russian Orthodox Church and Putin’s state-run media, many conservative Russians think the activists belong in prison. At the Portland event, Alyokhina said that many Russians are also concerned about the issues Pussy Riot fights for and would be more supportive of the group if only “media worked properly in Russia.”

Much of the discussion revolved around injustice in Russia that Americans can also see at home, including police brutality, the lack of government transparency, and the need for prison reform. One Portlander asked for Alyokhina’s opinion on the U.S. primary elections and whether she thinks politicians like Donald Trump and Putin believe their own messages. “It’s just business,” replied Alyokhina. “They don’t believe in anything.”

In 2015, Pussy Riot released their first English song and video “I Can’t Breathe,” a reference to Eric Garner, who was killed by a New York police officer in 2014. During their discussion last week, they mentioned the Black Lives Matter movement and Alyokhina declared that in both Russia and the U.S., “people are dying” in part because “we don’t do anything.” When audience members asked what they could do to help end injustice in the U.S., Alyokhina’s answer was simple: She cannot tell Americans what to do or think. We have to find the motivation to change things ourselves. Zhivago drove this sentiment home, adding that we can’t ignore the suffering of our neighbors because it is inevitably our suffering as well.

Having endured Russian prison herself, Alyokhina has since started a popular independent Russian news website, MediaZona, and has made it her mission to reform Russia’s broken penal system. With the help of Zhivago and fellow Pussy Riot member Nadya Tolokonnikova, Alyokhina founded Zona Prava, an organization that “provides information, legal representation, safety monitoring, advocacy, and oversight” in prisons. Zhivago lobbies for an important step toward reform: creating a database which accurately tracks people in prison and their case information. Petr Pavlensky is one recipient of their support—he’s an artist known for his bold public performances that are often based on self-mutilation. His most recent piece led to his arrest. In that performance, “Threat. Тhe Burning Doors of Lubyanka,” Pavlensky set fire to the entrance of the Federal Security Service building (a successor of the KGB). Zhivago called Pavlensky’s corporeal pieces “stronger than any printed piece of artwork” she’d seen. Pavlensky, like the members of Pussy Riot, was charged with “hooliganism,” with a maximum sentence of three years in prison. Part of the proceeds from the tour are going toward Pavlensky’s legal fees.

Despite some key points being lost in translation at last week’s event, Alyokhina and Zhivago’s idea of global activism provided the crowd with an important reflection on the state of America and its activist culture. The event also served to humanize what feels to many Americans like an inaccessible movement fighting halfway around the world.  Though our domestic activism may at times feel isolated from Russia’s, Pussy Riot’s fights for freedom and transparency resonate worldwide. As Alyokhina said, “Communication between us and you is very important.” 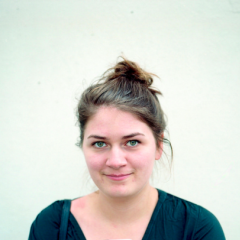 Anna is a freelance radio producer and writer. She recently earned her BA in Russian and Gender Studies at Lewis & Clark and is based in Portland, OR.