No Grace For Women“Queen Sugar” Traffics In Toxic Masculinity

The Bordelon family’s legacy runs deep. OWN’s Queen Sugar weaves a stunning and spectacular story of a family and its secrets, and all the ways long-held resentments can change the nature of relationships. But the show’s true accomplishment is its thoughtful and nuanced depiction of Black men, and its ability to engage with manhood with a critical gaze that’s often missing from conversations about masculinity.

Ralph-Angel Bordelon’s (Kofi Siriboe) relationship with his son Blue (Ethan Hutchinson) is often held up as an example of a healthy and fulfilling relationship between a father and his son for good reason. Blue is a sweet, sensitive child whose best friend is a Black Barbie doll named Kenya. Rather than attempting to force patriarchal ideas of manhood on his son, Ralph-Angel fiercely protects Blue’s right to be himself and defends him from those who try to project their ideas about masculinity onto him. He understands, acknowledges, and loves the son he has, and not the son society tells him he should value. Although he hasn’t articulated why he feels this way, Ralph-Angel is adamant about protecting Blue from the crushing burden of gendered expectations.

His brief reunion with high school friend Toine Wilkins (Brian Michael), a transgender police officer, further demonstrates Ralph-Angel’s need to protect those who are different. From their conversation, we learn that Ralph-Angel discovered Toine was trans before he was ready to come out, but allowed him to find his own identity without judgement. Without vocalizing it, Ralph-Angel has demonstrated an innate understanding of the fluidity of gender and the more flexible and forgiving nature of masculinity. Ralph-Angel instinctively understands that there is more than one way to be a man, but his compassion and consideration doesn’t extend past the men in his life.

In fact, his relationships with women belie a toxicity that deserves further examination.

When we first meet Ralph-Angel, he is fresh out of prison and preparing to commit another crime. From this first poor decision, he continues leaping without looking while demanding respect as the man of the family after his father, Ernest Bordelon (Glynn Thurman), dies. This plays out repeatedly in his relationships with his aunt Violet (Tina Lifford) and his sisters Nova (Rutina Wesley) and Charley (Dawn-Lyen Gardner). He regularly attempts to assert dominance despite his poor track record of reliability. He pushes to regain custody of his son while refusing to acknowledge that his desire is rooted in his own embarrassment—not what’s best for Blue. Ralph-Angel’s irresponsible decisions and poor choices frequently endanger his own freedom, but he is more concerned with shoring up his sense of masculinity than making the best decision. When it is revealed that the Bordelon farm was left to Ralph-Angel and his sisters question his ability to manage its operation, Ralph-Angel has no clear answers and no financial plan, although he keeps the information from them for months. His insistence that he will “find a way” is cause for concern.

In many ways, Ralph-Angel is a reflection of the old adage “we raise our daughters and love our sons.” As the only son and youngest child, Ralph-Angel is given many liberties that were not afforded to either of his sisters. He is allowed to fail and make mistakes, while Nova and Charley are haunted by the weight of their father’s unspoken expectations. Now, Ralph-Angel demands and takes, while the women are left to do the emotional labor of managing his ego as well as the actual labor of managing the farm and the mill. Ralph-Angel’s disregard for women and their feelings can be seen most clearly in his relationship with Blue’s mother Darla (Bianca Lawson), a former drug addict whose sobriety is constantly compromised by his petulance.

After they begin dating again, Ralph-Angel pushes her to move in with him and Blue. Wisely, Darla is reticent; she wants to take things slowly so that she does not risk her sobriety. Ralph-Angel responds by getting angry and accusing her of not being truly devoted to him. In another instance, the crops on the Bordelon farm are infested with bugs and need to be hand treated. Ralph-Angel begs Darla to leave her job and help him, even though the farming community will help him and he knows leaving work will risk her job. Predictably, Darla loses her job, but Charley hires her at at the Queen Sugar Mill. When she tells Ralph-Angel about her new employment, he is stony and gruff: He views Darla’s job as siding with Charley in their ongoing feud. Not once does he consider that he’s the reason she needed another job to begin with.

When Darla and Ralph-Angel get engaged, she wants to begin seeing a couple’s counselor to help deal with the shared trauma of their past. As someone actively working to stay sober, Darla understands the need to find and maintain coping mechanisms for when things get difficult. Ralph-Angel flatly dismisses the request, but gets upset when one of Darla’s former Johns recognizes her in the street. Ralph-Angel shuts down Darla’s attempts to move their relationship into the direction of maturity, adulthood, and honesty.

“Ralph-Angel clings to a version of manhood that is borderline infantile,” writer Kesia Alexandra observed in an essay for Zine. “He demands a leadership position, though he has no experience. He wants to be the breadwinner in his romantic relationship, though he doesn’t make enough money to play this role. He wants to call the shots both on the farm and in his personal life, though he is the most immature of all involved. A lot of time and energy is spent on figuring out how to make Ralph-Angel feel valuable, instead of acknowledging that the value he provides is no greater than anyone else’s.” 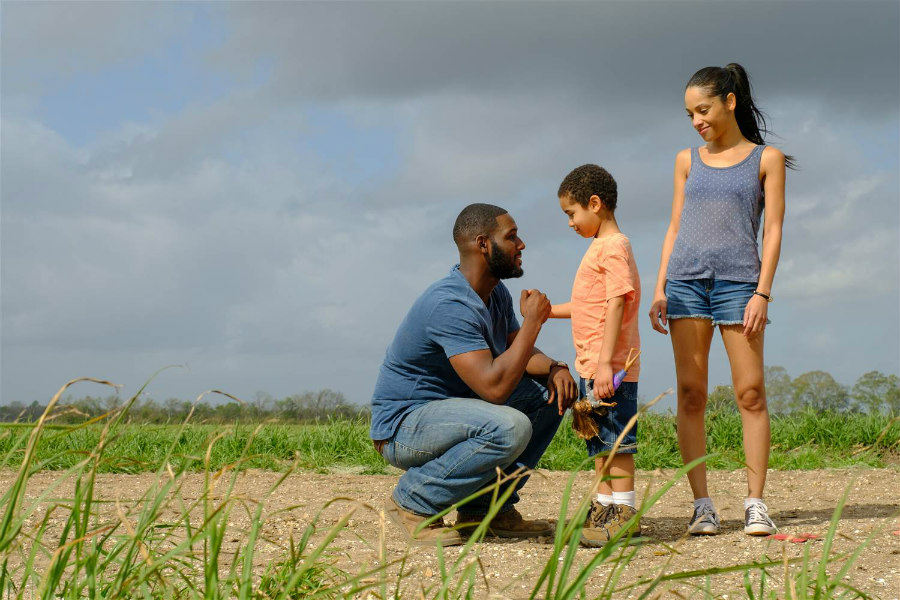 Darla is largely left with the task of managing Ralph-Angel’s feelings about his own masculinity and fitting her own needs around his. Rather than working toward an equal partnership, Ralph-Angel looks to Darla to bolster his ego and support his decisions, even at the expense of her well-being. It’s a damaging pattern that Darla has recognized and is trying to mitigate, despite Ralph-Angel’s resistance.

Most upsetting is his reaction to Darla’s admission that she is unsure if he is Blue’s biological father. Describing a scenario that sounds very much like a nonconsensual sexual encounter, Darla says that she kept her doubts a secret because she wanted Ralph-Angel to be Blue’s father . While this is devastating information, Ralph-Angel doesn’t consider Darla’s long history of drug addiction, her ongoing struggle to stay clean, and the high likelihood that she was raped on the night in question. Instead, he shuns her and encourages his family to shun her as well. While Ralph-Angel’s relationships with the men in his life should be commended and emulated, his relationships with women leave a lot to be desired.

Although he understands how oppressive gender roles can be, he is happy to reinforce them if they validate his own sense of self. It’s important to balance praise for his casual dismissal of patriarchal constraints for men with condemnation for the way he weaponizes them against women. Ralph-Angel’s story is critical to demonstrating the real world difficulties that Black men face when reintegrating into society after incarceration, but it largely sidesteps the ways in which he both takes advantage of and dismisses the encouraging family support system available to him.

In season three, Raph-Angel needs to be held accountable for his own actions and decisions, and how his behavior negatively affects the women around him.