What Do Our Childhood Toys Say About Us? | Bitch Media 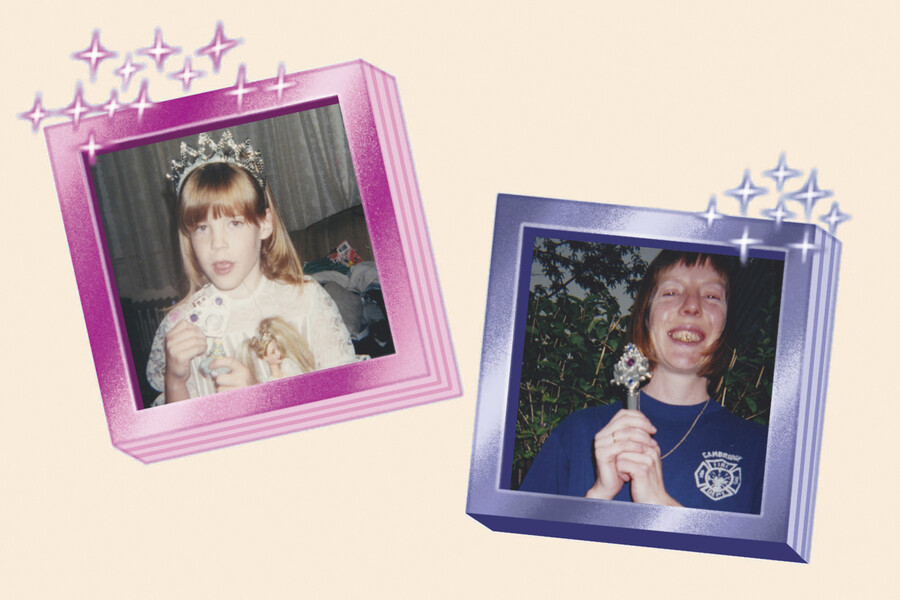 All of us had toys we were particularly drawn to as kids—Bratz dolls, Tamagotchi, Shrinky Dinks, Hot Wheels, Cabbage Patch Kids—but there’s one lingering question few of us can answer: Why do children become so attached to these common plastic objects? When I was a kid, my best friend, Kristen, had a plastic locket we were both obsessed with: It was silver, with two plastic purple gemstones on the front, and it was large enough to carry the small heart-shaped board books it came with. Kristen generously shared the locket with me throughout our childhood because my mom and I couldn’t find one for me anywhere. I returned to that locket again and again, telling my mom stories about it and its many imaginary owners, and granting her special abilities by allowing her to wear it. 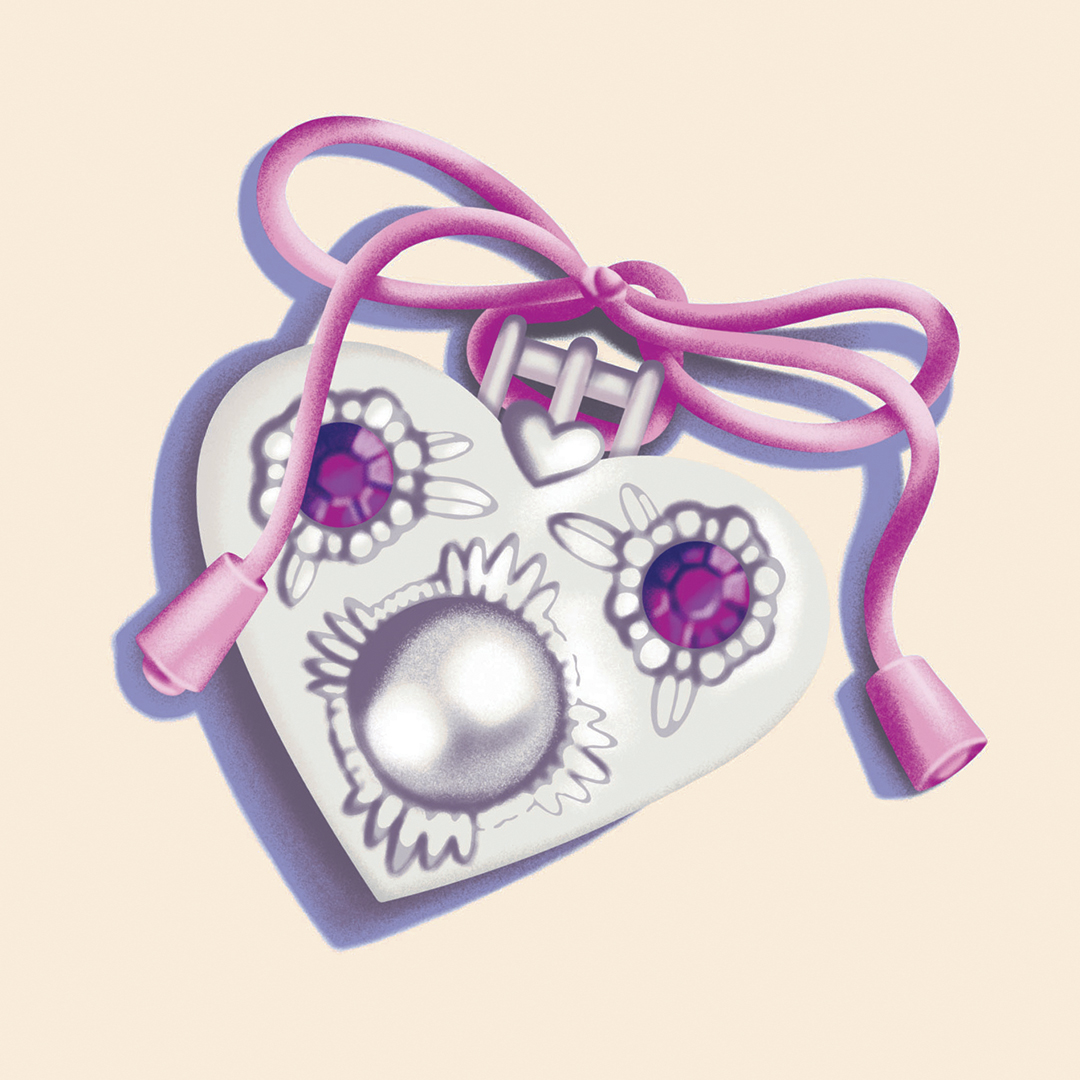 My mom died when I was 11, so reminiscing about that beloved locket brings old memories to life: my mom calling Kristen and me for dinner and us excitedly sharing the story we made up for that day. When I think about the plastic locket, I remember my mom asking questions about our dreamed-up stories and how she always treated them with the same gravity we did, as though they were real. I can imagine her laughing as we set up a DIY photo shoot in our living room, complete with the locket and other toys, and shot with a disposable camera. Running my fingers over the locket’s surface makes me feel like my mom is still with me. It conjures a brief and fleeting world where I can still grab her hand and run through the park or cuddle up with her on the couch. I’m not alone when it comes to clinging to the nostalgia of childhood toys to help process my grief. Predictability is psychologically comforting during times of uncertainty and stress. “It is soothing to engage with something familiar,” says Rachel Hannah Kazez, therapist and founder of All Along, an organization that helps people understand mental health and find the right therapy. “Familiarity is comforting. We know how to do it, we feel capable, [and] we have memories of connection. Repeating patterns is soothing in itself.”

A couple of years ago, I found that locket online and bought it. Its official name is Secret Treasure Books & Locket Necklace Set: Storytime Gems Series by Elena Kucharik. After my father died unexpectedly from a heart attack in November 2020, I found myself reaching for the locket once again. During times of stress, it’s common for people to return to things that are familiar, whether it’s rewatching the same television show on a loop or buying a vintage Monopoly game online. That might be the reason classic toys made a comeback during the COVID-19 pandemic: Sales of the Tonka Mighty Dump Truck increased by more than 250 percent from 2019 to 2020, while other 2020 bestsellers included Barbie, Hot Wheels, Little Tikes, and LEGOs. According to the NPD Group, the U.S. toy industry experienced a 19 percent growth in sales during the first three quarters of 2020, driven largely by social distancing and stay-at-home orders. People have been buying more toys and games as they’ve spent months inside, but they’re also returning to classic toys and games over newer options: Mattel and Hasbro both reported strong demand for longtime brands such as Barbie, which grew 29 percent in the third quarter of 2020, and classic board games such as Monopoly and Jenga, which rose 21 percent. “Living in a world filled with uncertainty and some pretty terrible things, people are seeking toyetic comfort food,” says James Zahn, senior editor of the Toy Book and the Toy Insider, adding that even design and packaging can evoke strong emotions from adults, especially when their favorite childhood toys have abandoned their classic look for something more modern.

When you’re a kid, what’s real and what’s not real is kind of a gauzy state of in-between. It’s a nostalgia of reaching back for the way we were that we can no longer capture: the fantasy that’s so real at that age.

That emotional response is one of the reasons toys create a sense of nostalgia for adults who have had positive associations with specific childhood playthings and memories. “Nostalgia is a powerful thing,” Zahn says. “It’s simplicity and comfort. Sometimes seeing those [nostalgic toys and games] might spark a memory of a time when there was something you really wanted or had as a kid, and you’re immediately transported back to that place.” Even though we’re adults now—and toys don’t hold the same special place in our hearts that they once did—their importance as an emotional coping tool remains the same. “[Children] develop emotional attachments and connections to the toys that have helped them cope,” says Alea Wise, a licensed mental-health counselor and a registered play therapist. “Toys create a full somatic experience. As adults in times of distress, we may return to these tried-and-true coping tools for comfort. Those same emotions that were soothed then may need to be soothed again even as we grow.” 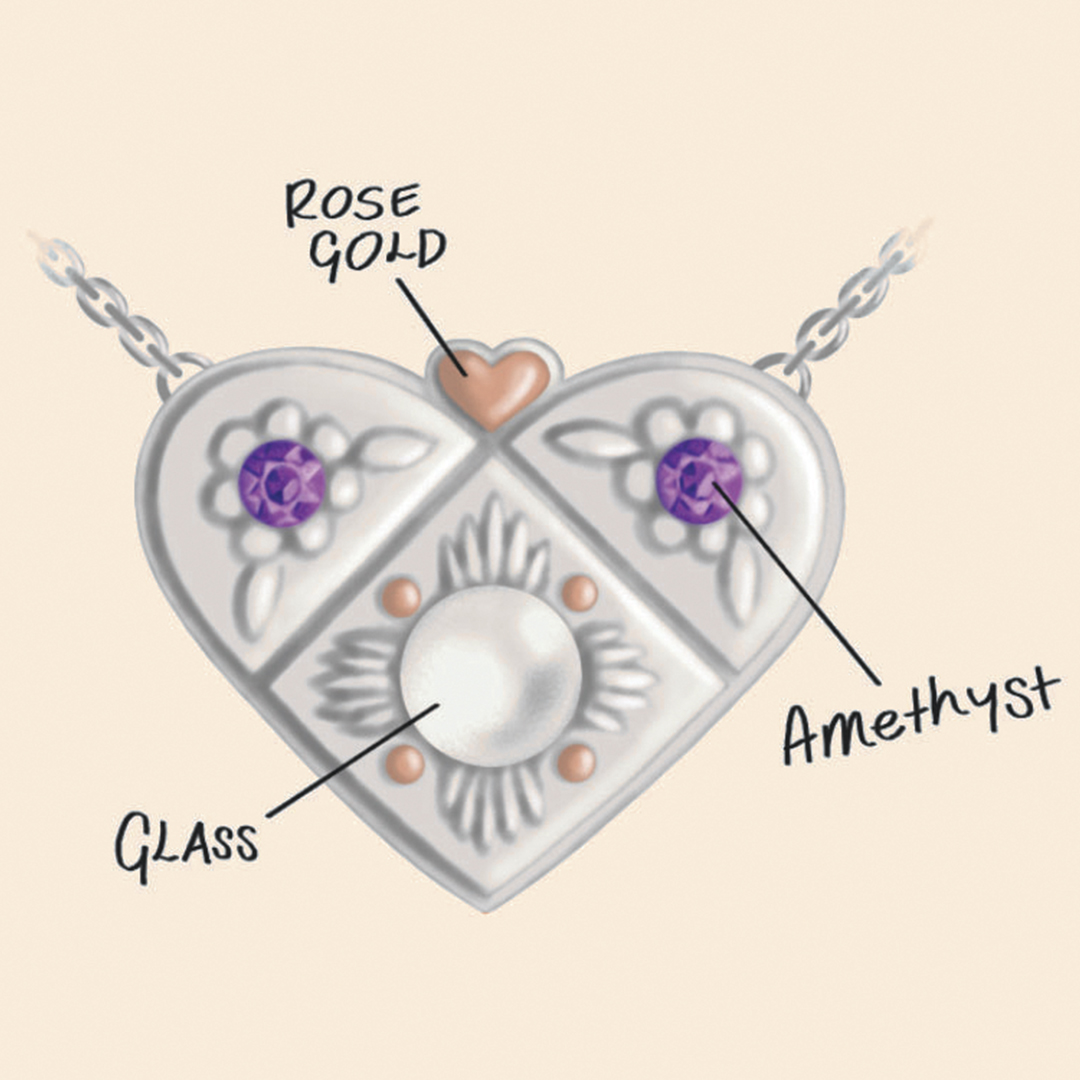 This is true for me, and it’s an experience many adults can relate to, especially right now. “When you’re a kid, what’s real and what’s not real is kind of a gauzy state of in-between,” says Richard Gottlieb, founder and CEO of Global Toy Experts. “It’s a nostalgia of reaching back for the way we were that we can no longer capture: the fantasy that’s so real at that age.” Returning to the locket in the wake of loss has made me feel profoundly safe. The world is falling apart around me as I wade through complicated grief about becoming an adult orphan before I turn 30, but maybe it’s possible to believe again in a locket that can grant me and my best friend supernatural abilities. Recently, while holding the locket in my hand and thinking of the stories I used to tell my parents about it, I decided to contact a jeweler I worked with a couple of years ago when my dad wanted to get me a bracelet to honor my mom.

We are now working on transforming the toy into a real locket, replacing the plastic with handcrafted metal that represents all the hours my parents listened to my stories when I was growing up. I’m hoping it inspires me: Just because my parents aren’t alive doesn’t mean they aren’t still with me. I can still play and remember those favorite childhood stories; that’s the real magic of the locket.