White OutTrans Visibility Must Extend to Women of Color 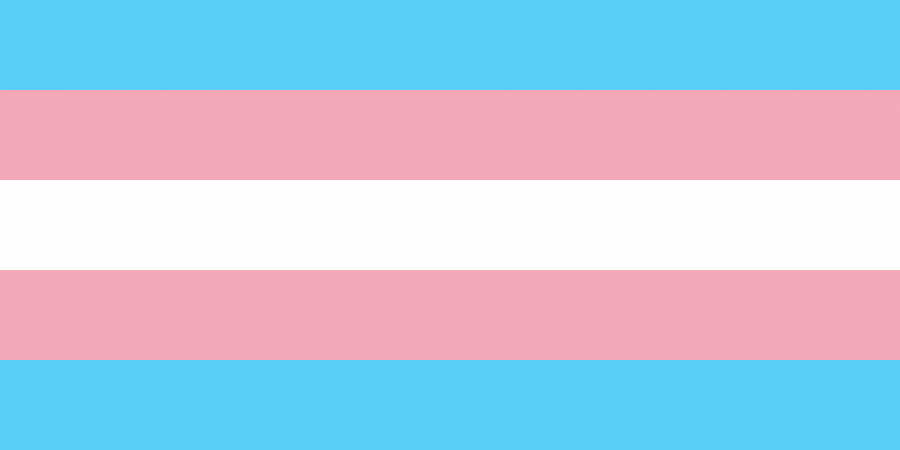 Deep down at my core, I love being transgender. Things may be hard, but my trans identity is precious to me, and I try to cherish it every day. That’s why I really enjoy celebrating Trans Day of Visibility (TDoV), a day created by trans activist Rachel Crandall-Crocker to celebrate ourselves and our journeys. But as I make my way through 2018 (my third year as an out nonbinary trans woman), I find myself reflecting more somberly on TDoV, the broader politics of trans visibility, and why my voice is considered valuable. As much as I appreciate what my community’s modern visibility has helped me achieve, I have to acknowledge the more politically fraught elements of this holiday, which are often lost on cisgender and transgender people alike.

For those who haven’t scrolled to the bottom of this article to take a look at my headshot, I’m a white trans woman. Most of the time, I consider the “trans woman” part to be the most foundational factor of my identity, but it’s disingenuous to ignore my whiteness as a major part of who I am, how I was raised and socialized, and vitally, how cisnormative society treats me. When I began transitioning, I left the vestiges of what some would call “male privilege” behind, but I carried my whiteness with me. There’s no doubt in my mind that what success I’ve achieved has been fueled in large part because I am a white trans woman with a degree on her resume; I generally fit into the white standard of professionalism, even if I do talk about dicks a little bit too often on Twitter.

If the rapid increase in trans visibility over the past half-decade was the catalyst for my success in writing, whiteness was its foundation. Barring a few outliers like Raquel Willis, Black and Brown trans women in this industry haven’t been afforded the same direct benefits of visibility. Don’t get me wrong: Life under capitalism is still a struggle for me, and I’m constantly anxious about short- and long-term finances. But those issues would be far more pronounced if I didn’t have whiteness acting in my favor.

I’m writing this for white people, who frequently tune out nonwhite voices and accuse them of being too “aggressive” in their activism. If my skin makes you more likely to listen to me, I need to be saying things that make you uncomfortable.

Perhaps more importantly, trans visibility has increased my ability to live comfortably in public, and has had the opposite effect for thousands of trans women (and nonbinary transfeminine people) of color. I’ve faced open hostility and potential violence for being visibly trans, and have written about antagonism from law enforcement, but those interactions have dropped off significantly as I more frequently pass for a cis white woman. For Black trans women especially, visibility hasn’t operated in the same way. Of the 102 documented transgender homicide victims in America from 2013 to 2017, the overwhelming majority were trans women or transfeminine people of color, mostly Black. Since 2015, each successive year has been the deadliest on record for trans people of color. And while there’s insufficient data to prove a causative effect between trans visibility and these murders, it’s easy to see the correlation between our visibility and the current political backlash against trans rights and lives.

Frankly, this is a nuance that white trans women—especially those with class privilege—tend to ignore. During Trans Day of Remembrance/Resilience (TDOR) in November, white trans women often insert ourselves into prominent speaking and organizing roles at the expense of the involvement and comfort of trans women of color; when we talk about violence directed at our collective community, our language is frequently that of a shared struggle—but the transmisogyny we face is not the same as transmisogynoir nor that faced by non-Black trans women of color, and can’t be treated as such. And beyond TDOR and TDOV, white trans women (including those on the political left) defend and are complicit in the systems of white supremacy that enact state violence against their Black and Brown sisters and siblings, from actively serving in police forces to subtly erasing POC trans history, not to mention the ways in which we benefit from the ongoing state genocide against Native peoples. (I’m far from immune to this myself: After 17-year-old Ally Steinfeld was murdered last year, I had to admit to myself why her death hit me harder than that of most other trans women—she was white.)

As such, trans women who are currently most “palatable” to society—those of us who are white, able-bodied, etc.—have a responsibility to leverage the benefits we’re afforded through visibility to the benefit of those who are kept marginalized. During my interview with Sarah McBride, perhaps the most visible trans woman in American politics, she commented that she has “come to realize that the skills I have and the contributions I can make are oftentimes in the sphere of politics and mainstream organizations”—explaining why she continues to work within neoliberal institutions like the American government and the Human Rights Campaign (which has its own problems with whiteness). Whether or not one thinks McBride has wielded that influence correctly, her reasoning holds up: White people have the capacity to infiltrate and dismantle whiteness to a degree that people of color do not, and for racial justice to progress, it must be with the conscious, responsive collaboration of white people—not out of a sense of charity, but a real desire to advance our siblings and ourselves along the path to liberation. As Aboriginal activist Lilla Watson phrased it, “If you have come here to help me, you are wasting your time…but if you have come because your liberation is bound up with mine, then let us work together.”

Even without much in the way of material resources (I don’t run my Patreon for kicks), there are still ways for me to take action in this way. I’ve long considered it my personal responsibility to help other trans writers make contact with receptive editors at outlets like Bitch and The Establishment, and as my Twitter following increases, I make it a point to signal boost crowdfunding campaigns for nonwhite trans women and transfeminine folks in particular. I also work to consolidate white cis allyship and ensure that these racial dynamics are not lost on them. Having grown up with white people who reflexively balk at the idea of having “privilege,” I can use their comfort with my own marginalized identity to force them to look at systems like race and class and help them to understand intersectional oppressions instead of shutting down conversations about them.

If you’ve been wondering why I wrote this article instead of a trans woman of color, it’s because I’m writing this for white people, who frequently tune out nonwhite voices and accuse them of being too “aggressive” in their activism. If my skin makes you more likely to listen to me, I need to be saying things that make you uncomfortable.

All of this is not to diminish the importance of TDoV. Visibility is, at its root, necessary for trans acceptance in our society, and Crandall-Crocker was right to highlight the need to rejoice in our identities and rich, diverse lives. With that visibility comes the responsibility to manage its unintended consequences—especially when American politics are dominated by people like Vice President Mike Pence and incoming Secretary of State Mike Pompeo, whose transantagonism and allyship with white supremacist institutions have long been open and unabashed. Only after we achieve justice for all will we able to truly celebrate, and that road is long. But it’ll be shorter if we travel it together.