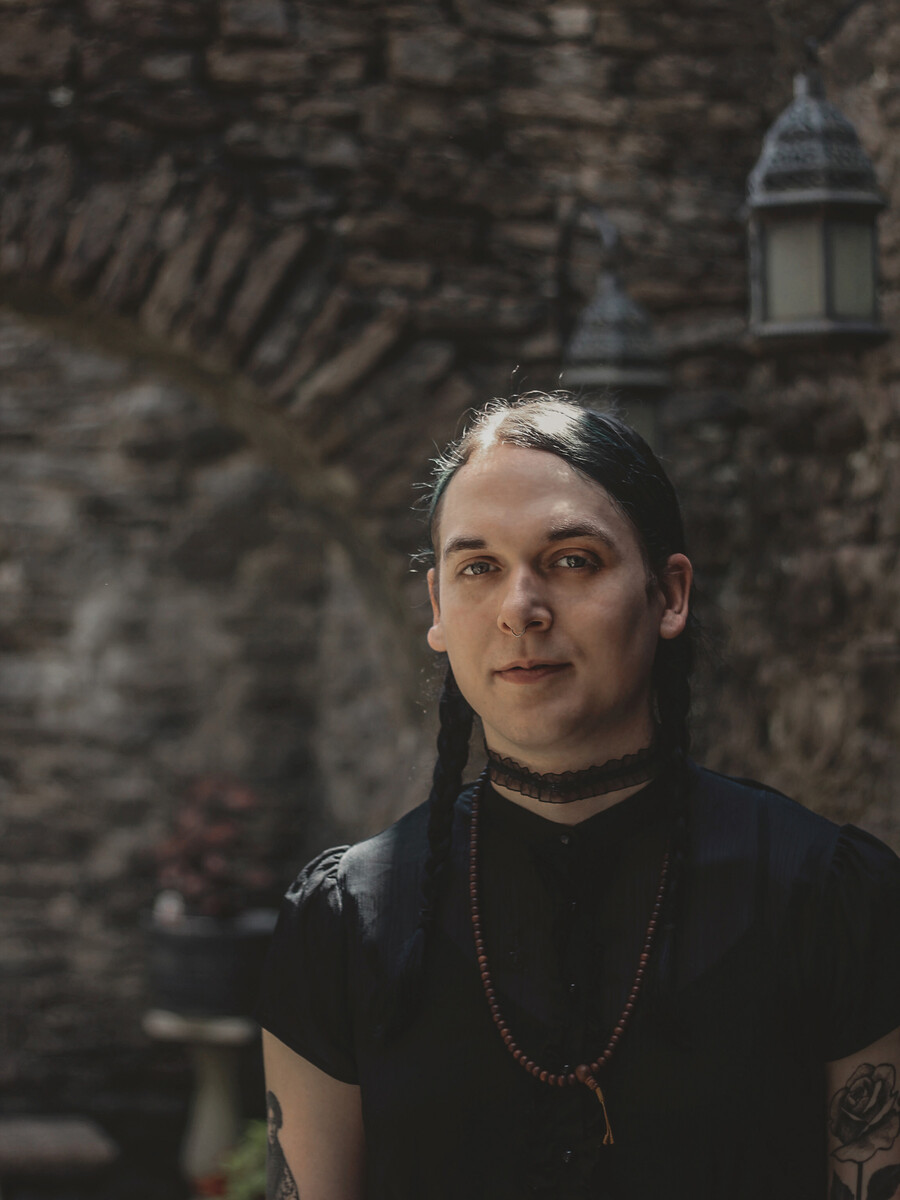 I began culinary school at a career center during what should’ve been my junior year of high school. I’d decided to leave my small school in the Appalachian region of Ohio after I was met with hostility for attempting to be out as transgender. I wanted to be known for something other than experiencing that humiliation, so I immersed myself in my culinary studies and put all thoughts of being out behind me. During this time, I encountered the writings of the late Anthony Bourdain, whose insight helped me navigate the new particularities of kitchen culture. His writings resonated with me on a deeper level too. In “Don’t Eat Before Reading This,” Bourdain’s legendary 1999 article for the New Yorker, he wrote: “Professional cooks belong to a secret society whose ancient rituals derive from the principles of stoicism in the face of humiliation, injury, fatigue, and the threat of illness.” I felt like he was speaking just to me, naming my experience of being transgender. The reverence with which he wrote about cooks gave me the words to express how I felt about trans women.

Bourdain’s words emboldened me. My days in culinary school were spent working hard, honing new skills, and bonding with my classmates over a shared interest in food. Though I worked closely with my classmates, the uniform hid my deeply dysphoric body. Without all the focus on the difference between what my classmates and I were wearing, the weight of my embodied being became light enough to carry. And when I came out to my classmates, they were supportive. Cooking taught me that my body—one that had produced only shame and confusion—could produce joy. I could offer care and nourishment to a body so hungry for it. I could command respect. So much of my life, my resourcefulness, my rural work ethic, my eagerness to learn, all finally converged in my body, in the kitchen.

Astrid, a trans woman who also grew up in a small rural town in Ohio, said she had a similar experience in the kitchen. “I worked with my uncle at a seafood restaurant from a young age,” she said. “I realized I was good at something, and it was satisfying to work with my hands, to create something out of nothing.” Being out never felt possible in Astrid’s hometown, but the kitchen was different. “In the kitchen, I learned I could be accepted for my abilities. I learned to stick up for myself. I learned confidence, teamwork, camaraderie. I learned that if you prove yourself willing to learn new things, to take criticism, to work hard, and to support your coworkers, you will be accepted and respected. In the kitchen, I fit in.”

Before I graduated from high school, I visited culinary schools throughout the East Coast. I dreamed about all the great big-city kitchens I’d work in, but instead, I’ve built my cooking career in Appalachian Ohio. Food has reconnected me with a place I thought had shunned me. When I asked Astrid why she stayed in the Midwest, she said, “I never really thought to go anywhere else. Any type of restaurant and any level of service from casual to fine dining can be found here. This is where I’m from, so why would I leave?” Our desire to stay in place and forge our own version of the professional kitchen is neither based entirely on resistance, which can wear us down or exclude us entirely, nor is it based in avoidance or complicity. Embodying and critiquing the social spaces we inhabit opens a third space, one that artist and writer Jenny Odell dubbed “refusal in place” in her 2019 book, How to Do Nothing: Resisting the Attention Economy. Refusing in place is to “make oneself into a shape that cannot so easily be appropriated” by the dominant value system of a place.

Refusing in place means “celebrating a form of self that changes over time,” one “whose identity doesn’t always stop at the boundary of the individual.” In this third space of refusal, we can bond with our coworkers through our shared work and interests, gain a closeness that allows us to call them in, and move past the vertical model of power to a lateral one of empowerment, cooperation, and care that extends beyond the kitchen to the places we live. Astrid and I found a home in the kitchen, and the kitchen led us to find a home in the Midwest, where we refuse on yet another level. In the mainstream metronormative imagination, LGBTQ people flee the Midwest for coastal cities where they find tolerance and acceptance. Refusing the narrative of metronormativity allows us to see the diversity in our region. In the same way, kitchen culture contained templates for how to empower ourselves as trans women; those around us, the culture of the Midwest—working hard, paying attention, investing time in other people—also empower us. If we want the Midwest to do better by us, we need to do better by the Midwest, by staying and empowering our workplaces and communities through a communal refusal.

Bourdain called the professional kitchen “the last refuge of the misfit.” For Astrid and me, kitchens were a refuge in some ways and weren’t in other ways. Professional kitchens are notoriously aggressive and misogynistic spaces. “The restaurant industry is shot through with this casual misogyny like veins in a particularly stinky blue cheese; it’s systemic, pervasive, and also very, very traditional,” Toronto-based restaurateur Jen Agg wrote in a 2017 article for Eater. “It’s only reinforced by how hyper-male it is at the top levels.” A study published in 2014 by the Restaurant Opportunities Center United reported that nearly 80 percent of women in the industry have experienced on-the-job harassment, and transgender people face their own unique challenges in kitchens. In a 2017 article for Eater, Alex Di Francesco interviewed several transgender chefs who spoke about the discrimination they’ve faced in the kitchen. “I was almost always the only trans person in the kitchen, there were almost always denigrating jokes about LGBTQ people, and being transgender has caused tension between me and other people with whom I’ve worked,” Francesco wrote about their experience.

Transgender women are making a home in the professional kitchen by refusing in place—refusing fixed identities of regional cuisine and gender, refusing dominance over others, refusing aggression and toxicity, and replacing it with a form of empowerment, caring, and community forged through cooking.

The dominant model of the professional kitchen is that of a genius man chef as the powerful leader, ruling over his subordinates. Fitting in and succeeding in this environment means submitting to and reproducing this power structure, one built on power over vulnerable populations. Astrid and I both experienced the downsides of this culture. We’ve both been fired for being transgender, though our bosses said there were creative differences or differences of opinion, catch-all phrases used when the real reasons for termination aren’t given. When I reported harassment and transphobic comments at one job, the human resources manager told me that I might be the problem. Astrid and I posed a perceived problem to our workplaces because we were “feminist killjoys,” defined by feminist scholar Sara Ahmed in a 2010 article in S&F Online as “the one who gets in the way of other people’s happiness. Or just the one who is in the way—you can be in the way of whatever, if you are already perceived as being in the way.”

Our embodied difference disrupted the pleasure and cohesiveness of physical environments built on the exclusion and absence of trans women. We also actively called out toxic behavior, disrupting the established social bond of the kitchens we entered. Even in feminine spaces, our bodies challenged the perceived cohesiveness of the group, exposing the ways gender is malleable. Killjoys are often not taken seriously because our outrage reaffirms the negative stereotypes others hold about us. We’re considered overly emotional, angry feminists rather than “team players.” Astrid, for instance, experienced backlash after she called out abusive behavior. “Before I came out to my coworkers, when they still read me as masculine, I’d call out their behavior and they’d normally stop,” she said. “But after I came out, I was called emotional and confrontational, and the behavior would continue.”

Eventually, Astrid left that kitchen and found a new one to work in. “I worked hard, took criticism, and built rapport. When I came out to my coworkers, I already had the connections in place. I could tell some people didn’t like it. Some told me they didn’t support my decision, but I got respect in the workplace. I really do think the ethics and culture of being a cook can help overcome differences.” Transgender women are making a home in the professional kitchen by refusing in place—refusing fixed identities of regional cuisine and gender, refusing dominance over others, refusing aggression and toxicity, and replacing it with a form of empowerment, caring, and community forged through cooking. We make a place out of food, and the food of our place makes us. As Bourdain said, “Food is everything we are.” We are trans, we are Midwesterners, and we’re changing kitchen culture, together. 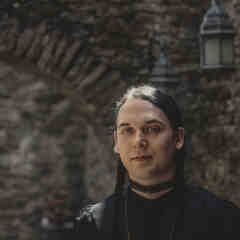 by Stacy Jane Grover
View profile »
Stacy Jane Grover is a transgender writer from Appalachian Ohio. Her essays have appeared in Belt Publishing, Entropy magazine, The Grief Diaries, Heart Online, and InsideHigherEd. She received her Master of Arts in women’s, gender, and sexuality Studies from the University of Cincinnati. Find her at www.stacyjanegrover.com and on Twitter @stacyjanegrover.