The Trouble With the Model Muslim | Bitch Media 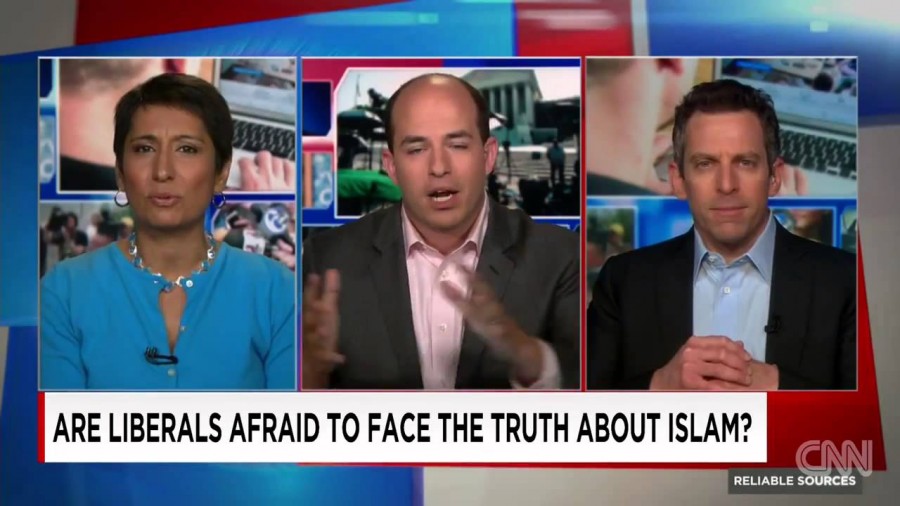 As the recently launched “mother of all bombs” reminded us, war is always deeply gendered. And in the war on terror currently being escalated by Donald’s Trump’s haphazard foreign policy, it’s also worth remembering that both feminism and the long-running political panic over Muslim women have always been closely intertwined with imperialism, bombings, and border control.

In the past decade, we have seen white saviors constantly reproduce Laura Bush’s post-9/11 rhetoric that deployed the specter of oppressed Afghani women to justify her husband’s “war on terror.” But it is not only these white saviors who have tried to spread the “light” of American democracy to terror-prone regions. What has also been significant in the normalization of the war on terror is the deployment of an unlikely figure: the white-washed Muslim woman who appears on news channels to explain the so-called truth about violent Muslim motivations to conservative white folks. These women may seem like unlikely accomplices in the war on terror, but they are the most productive forces for imperialists. After all, what more do Islamophobic and imperialist white people want than to have their racism justified by the very people this racism is directed at?

Such women are usually elite, educated, and fashionable writers who are used to getting brownie points for feeding white supremacists a comfortable narrative about Islam that they want to hear. Their memoirs—which have turned them into public figures— are easily consumable, mostly because they do not challenge imperial white supremacy. And in claiming to represent Islam while spreading Islamophobia, they have become the favorites of white conservative men like Glenn Beck who love having their negative stereotypes confirmed by the “native” voices of brown women. By deploying liberal feminism and perpetuating stereotypes about Muslim culture, these women take forward the rhetorical legacy of the “mother of all bombs.”

I first experienced the phenomenon of elite Muslim women using a warped kind of feminism to perpetuate the war on terror when I was a sophomore in college and the Canadian author and journalist Irshad Manji was invited to speak about her book, The Trouble with Islam Today, and her documentary Faith without Fear. Her talk—in which she made sweeping statements about Muslim primitivism—left me confused and unsettled. She personally identified as a Muslim, but nevertheless presented Muslim cultures as inherently inferior and in serious need of guidance by the enlightened West, which she terms the “land of rights and freedoms.” Though her talk strengthened stereotypes of Muslim cultures without even once acknowledging the imperial forces that have ravaged many Muslim-majority regions, I was unable to voice my discomfort at the time. After all, she was a feminist, and there was no denying that the Muslim communities that I was familiar with are rife with patriarchal beliefs and imperatives. There was also no denying that anti-Black racism is prevalent in many Arab and South Asian Muslim communities. But Manji seemed to think that the solution to both of these was Western democracy. In other words, she suggested that nations like the United States—built on stolen land, founded on racial genocide—should be the ones to “enlighten” Muslim cultures.

The Trouble with Islam Today claims that “thanks to the freedoms afforded me in the West—to think, search, speak, exchange, discuss, challenge, be challenged, and rethink—I was poised to judge my religion in a light that I couldn’t have possibly conceived in the parochial Muslim microcosm of the madressa.” No wonder white men like Manji so much—though she masquerades as a Muslim feminist rebel, she’s obsequiously grateful to the West. Though the book kicks off with personal experiences, her claims Muslim cultures and countries are broad and sweeping. Lauding the multiculturalism of the West, for example, Manji argues that “such a system can only emerge from a consensus that people of different faiths, background, aspirations, and stations ought to tussle together. How many Muslim countries tolerate such a tussle?” The problem is not that she is falsifying claims about her experiences; rather it lies in how she frames such experiences: Each time she discusses Muslim repression, the West is heralded as the only alternative. More troubling, she actively denies Western imperialism, even mockingly scare-quoting the term when she dismisses Edward Said’s remarkable writing on Orientalism.

In her interviews, books, and documentaries—as in her talk at my university—Manji consistently robs her analysis of any links to imperialism or global capitalism. Of course patriarchy is present in Muslim countries. But Manji presents it as a problem of only certain cultures, rather than a global issue; in addition, she refuses to examine the racism of certain non-black Muslim cultures as a feature of long histories of colonialism and white supremacy in those cultures. And when she talks about the rise of extremist ideology, she fails to relate it to global capitalist political forces. What better way to promote cultural/political amnesia than to use Muslim women’s testimonials about how the West saved them from their stifling communities? And what better way to get liberals on your side than to produce simplistic Islamophobic books on one hand, and produce the progressive Canadian news show QT: QueerTelevision on the other?

The only thing that separates Manji’s beliefs and the those spewed by racists is her identity: she can use her status as a Brown, Muslim queer woman to perpetuate “authentic” claims about Muslims—not unlike other popular public figures, like Reza Aslan, who are called upon to present sweeping claims about Islam. Professor Sunaina Maira, in her article “‘Good’ and ‘Bad’ Muslim Citizens: Feminists, Terrorists, and U.S. Orientalisms” argues that Muslims like Manji who reify Western superiority are actually essential to the war on terror because their testimonials help justify U.S. intervention in places like Afghanistan. Maira notes, for instance, that feminists like Irshad Manji are keen to use the violence experienced by women in Muslim cultures to make their case for Western superiority, but remain silent on the violence they experience at the hands of U.S. soldiers and bombings. By differentiating themselves from “bad” Muslims, “good” ones help sustain a political climate that vilifies Muslim culture.

Unlike Ayaan Hirsi Ali, another Islamophobic feminist, Manji does not blame Islam itself for violence; rather, she blames Muslims for misreading the Quran to serve their violent tendencies. But we must remember that Islamophobia is less about attacking Islam as a religious institution and more about sustaining racist structures that profile black and brown Muslims (to say nothing of  those mistaken for Muslims). To Islamophobes, my interpretation of the Quran or my critique of mainstream Islam means nothing: My name, my passport, and my skin already assign Muslimness to me. So though Manji’s advocacy for Islamic reform does little for Muslim women, her sweeping claims about the violence of their cultures continues to catalyze American imperialism and antagonism toward the same Muslim women she wants the West to rescue.

Everyone’s narratives should be heard and honored, but these elite “native” Muslim stories of escaping an inferior culture to find Western enlightenment makes life worse, globally, for Muslims of all genders. Perhaps out of fear, such Muslims are eager to distinguish themselves from those “others”—the ones considered dangerous by the state. But the “others” are mostly working-class or undocumented Muslims who are most vulnerable to the West’s Islamophobic profiling. The “others” do not have the economic, cultural, or educational privilege to appear on TV shows to clarify “the Muslim experience” to white Americans who are eager to consume simplistic portrayals of inherently violent Muslims. The “others” are the ones being harmed not only by white supremacy, but also by fellow Muslims like Manji who assume the power to speak on behalf of varied Muslim cultures, and in doing so lump them into one ahistorical blob.

The huge disconnect between Manji’s identities (Brown, Muslim, queer) and her Islamophobic ideology can serve as a warning to those in the West to stop looking for “native,” “authentic” voices that can provide us with easy windows into a monolithic Muslim experience. If we stop  assuming that anyone can speak on behalf of the motivations, desires, and values of Muslims—and if we do more to interrogate the West’s orientalist obsessions and fascinations, perhaps we will be able to slowly nudge Muslims out from under Islamophobic media microscope.

Relevant: An A-Z Guide to Being a Muslim Ally 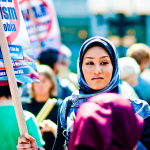 by Zoha Qamar
In the face of rising Islamophobia, a Muslim American writer shares 26 things you can do to help.