“True Story” and “Fighting Words” Extend the Legacy of “Speak” 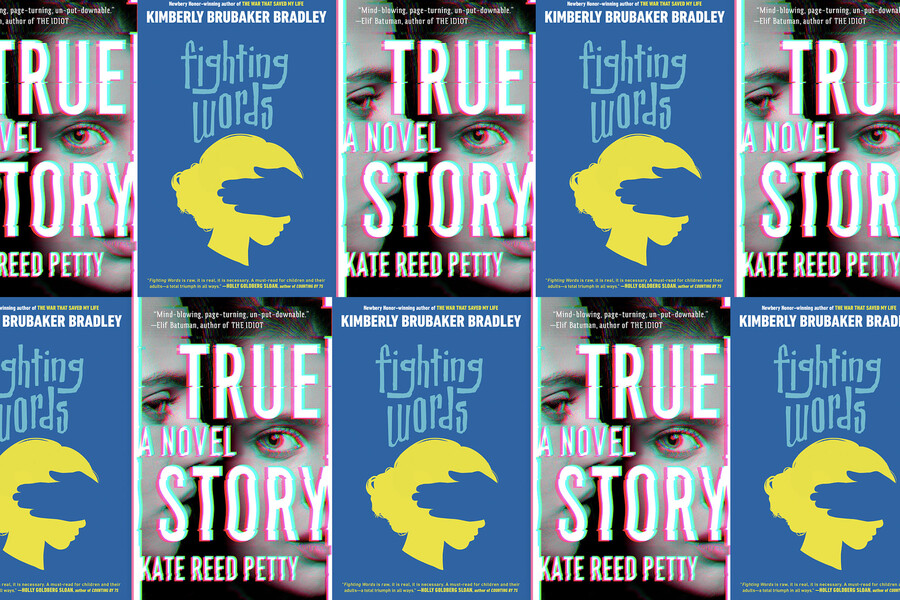 Laurie Halse Anderson’s Speak (1999) was my first exposure to stories about sexual assault. Speak tells the story of a teenage girl named Melinda, who is ostracized by her classmates after being assaulted at a high-school party—and who, in the traumatic aftermath of this incident, stops speaking almost completely. Melinda’s narrative arc lies not only in the assault itself but also in the aftermath of her socially imposed silence, which takes place over a painful freshman year in which she loses friends and nearly loses herself, before ultimately telling her story and finding that final rush of catharsis. Now, more than 20 years later, two new books—Kimberly Brubaker Bradley’s Fighting Words, aimed at middle-grade readers, and Kate Reed Petty’s True Story, targeted at adults but with a distinctly YA feel—grapple with similar stories about sexual assault, silence, and the importance of survivors figuring out how to form narratives around their experiences.

Fighting Words, published on August 11, is about a 10-year-old girl named Della, who’s been on her own with her older sister, Suki, since their mother went to prison after an incident involving a meth explosion in a motel room. Della and Suki lived an unhappy life with Clifton, their mother’s boyfriend, until the night they escaped. Now in a foster home under the care of the gruff but endearing Francine, Suki descends into a swirl of depression and nightmares. Della, whose reactions stand in for the burgeoning consciousness of this book’s intended readership, doesn’t quite understand the root of Suki’s depression or the reasons Suki so feared Clifton.

Suki hits rock bottom with a suicide attempt, but with the help of mental-health professionals, she starts the process of speaking her story, a narrative move that brings Speak to mind. The book ends with Suki and Della preparing to testify against Clifton in court, the most public—and, unfortunately, often the most humiliating—way of cementing one’s narrative. Fighting Words meets the criteria of great children’s literature that manages to resonate with adults, too. And yet it also bears the unmistakable hallmarks of a middle-grade novel, chiefly in its inclusion of one true monster—Clifton, an avatar of evil, unredeemable and villainous. Its intended audience is also clear in the educational tinge to some of its plotlines: Children reading this book will learn about mental health, poverty, addiction, the foster-care system, the importance of consent, and, finally, the importance of destigmatizing these all-too-common stories. The importance and value of speaking.

It’s clear that True Story, published on August 4, is aimed at older readers because, well, there isn’t a monster—not a person who’s a monster, or a monster in the traditional sense. In many ways, True Story also recalls Speak, right down to the unabashed eye that haunts the reader via the cover of its U.S. edition. Both books take place in the affluent suburbs in the 1990s; both involve drinking at a high-school party and dealing with rape culture’s rampant presence among upper-middle-class American teenagers. The difference between True Story and Speak, though, is that instead of the silence around the central assault that readers find in the latter, everybody in the former knows what happened—at least, they think they do. Alice, True Story’s main character and the victim of the rumored assault, was unconscious in the back of a car at the time, and both Max and Richard—the louche asshole and the nerdy kid who drove her home—brag to their classmates that they assaulted her. Did they, though? It certainly feels like they did, based on the gossip and whispers. But who knows the truth?

It’s worth noting that in the United Kingdom, True Story is rolling out with four different covers: one a gaudy ’80s-prom headshot that looks like an outtake from Stranger Things; one a slasher cabin in the woods; one a color-rich, mid-century drive-through dripping with Americana; and one a monochromatic intellectual lady staring off page. These mix-and-match covers nod to the book’s genre play: In its middle section, True Story descends into thriller and horror tropes. A character named Nick conspires with Richard, now a cackling, scheming tech millionaire (many times over) with slicked-back hair, to silence Alice and her best friend, Haley, the feminist teen who spoke out against the assault, now a feminist documentarian who plans to expose Richard’s misdeeds through her art. But the big reveal at the end is that this middle section is a novel-within-the-novel, written by the horror-loving Alice in an attempt to tell her own story, and make sense of what happened to her, in a format that she can understand.

This narrative bait-and-switch is reminiscent of “We Come From Old Virginia,” an essay in Jia Tolentino’s Trick Mirror (2019). In the essay, Tolentino posits a theory about why a woman named Jackie lied about her assault in a Rolling Stone profile: It wasn’t true, but it felt true to her. Perhaps it’s easier to say, “Yes, this happened, here is the monster,” than it is to grapple with what is often a far slipperier beast. In True Story’s “true” narrative, we find out that Richard, who actually is rich but still an affable nerd, never touched Alice, and neither did Max. Instead, we find out that Haley, Alice’s feminist best friend, was hanging out with Max and Richard that night and laughed right along with them when they lied about what happened. The monster isn’t even assault or an assaulter; the monster is complicity, rumors, and the insidious nature of rape culture.

True Story differs from Fighting Words in that the latter presents a monster for kids to root against, whereas True Story recognizes that our systems, and all of us, feed this monster. But Fighting Words also presents a secondary story line, one that I suspect will resonate with almost all of its readers, and one that demonstrates how authority figures and double standards perpetuate rape culture. In her new school, Della butts heads with Trevor, a classmate who’s in the habit of pinching girls’ backs to see if they’re wearing bras. Della gets in trouble when she punches him and swears at him, while Trevor evades punishment. Finally, in a moment that nearly made me cheer, Della rallies the other girls in class to join her in speaking out against Trevor. The teachers finally believe her, and they explain to the class that everyone always needs to ask for consent before touching someone else. Trevor is punished, and even more crucially, seems to start understanding why what he did was wrong.

Della and Trevor’s story brought me back to Speak—or at least to its author. In 2019, Anderson wrote a piece for Time about her 20 years of traveling the country to talk about Speak with high schoolers. The girls got it, she said, but the boys still didn’t understand that what happened in Speak was rape. They didn’t understand why a girl would plummet into depression after an assault or what consent really means. She argued that we need to continue the necessary work of supporting survivors, but we also need to do more than that: “Our boys deserve information and guidance,” Anderson wrote. “The only way they’ll get it is if we speak up.” One hopes the ridiculous concept of “boy books” and “girl books” has fallen by the wayside, that male-assigned children will indeed pick up Fighting Words despite the female protagonist, and that they will read and digest Trevor’s storyline. I’m not advocating for himpathy—the insidious tendency toward sympathizing with male characters in our narratives—but I’m certainly cheering on any middle-grade book that, along with destigmatizing stories about sexual assault, shows children how boys can actively work to be good humans.

Fighting Words and True Story aren’t the only works released this summer that grapple with the theme of how we tell stories about sexual assault. In Sarah Shun-Lien Bynum’s novella Many a Little Makes, published in the New Yorker in July, a mother blames her daughter’s 14-year-old friend for having “sex” with an 18-year-old boy. The daughter ponders: Who should be the object of that sentence and who should be the subject? Even as an adult feminist, it’s hard for her to decide. This is an adult work, so the come-to-Jesus moment doesn’t actually come: The conflict is unresolved and the memories messy, just as they often are in life. But it’s safe to say that we need all these stories, aimed at all of these different age groups, and that we need to keep exploring these themes: silence and speaking and how we tell stories about sexual assault, and even the grammar we choose to tell these stories. Twenty-one years later, we’re still telling similar stories to Speak—and yes, 21 years later, we still need them.

Read this Next: Five YA Novels That Tackle Sexual Assault 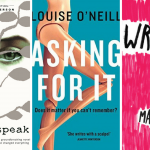 by Sabrina Nelson
In honor of Sexual Assault Awareness Month, here are five YA books that offer meaningful, empowering narratives about sexual assault.