After Trump Leaves, It Will Take a Long Time for Survivors to Heal | Bitch Media

All-American TraumaHealing in the Aftermath of the Trump Regime 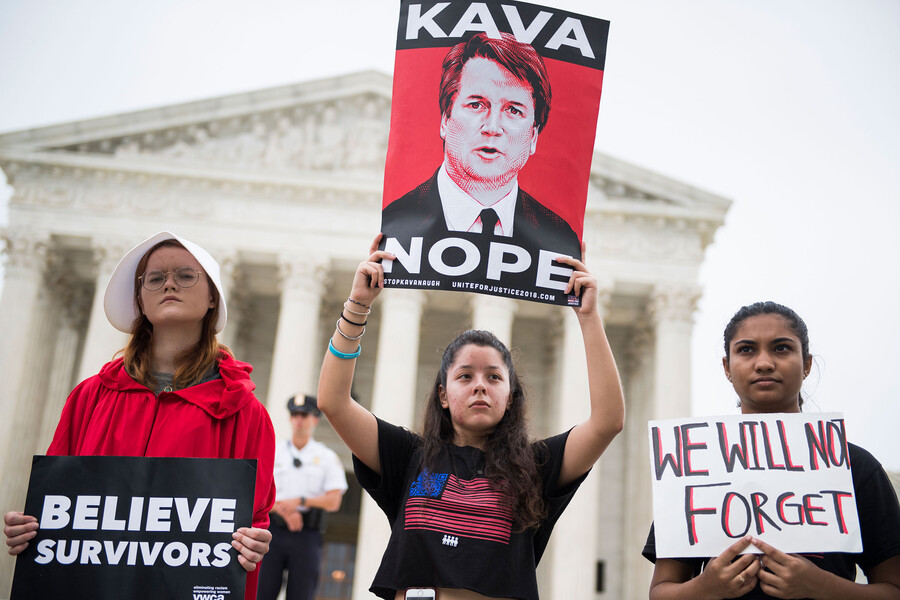 This has been an unprecedented year in a lot of ways: We’ve seen the dissection of politics and civil rights, the intersection of ethics and economics, and many other tough points of contention that have been difficult to swallow. Though this year from hell has caught many of us off guard, make no mistake––it’s not a coincidence. 2020 is a boiling point, the culmination of four years of partisan evil ushered in by Trump’s white-supremacist administration. The flames of divisiveness have been stoked to such a furious degree that it’s now a tornado raining down hellfire on our society. And one of the most drastic divides has been between those who support this administration and those who have survived abuse. Recently, I’ve realized that Trump and his predominantly cis, white, male administration have retriggered the PTSD I developed from being a victim of both sexual and domestic abuse. The rage and depression I’d been experiencing and felt unable to control was a product of me being triggered—yes, triggered—by an administration chock-full of abusers, rapists, and predators.

I’ve found myself unable to contain my emotions when it comes to this administration, failing time and time again to remove my explosive anger from arguments I’ve had with ardent Trump supporters. I’ve found myself unable to look away, suffering from both hypervigilance and paranoia, furiously doom-scrolling while waiting for the next egregious thing to come out of the mouths of the White House. Lately, it has become an unhealthy obsession that has taken a substantial toll on my mental health and has gotten in the way of my work. It has felt like an abnormal reaction compared to others, met with advice to “just disconnect” or “stop taking it all so personally.” But people don’t realize that these things aren’t possible for those of us who have been horribly abused, as we are now also forced to watch Trump and his administration not only tout their abusiveness like a badge of honor but also actively destroy systems and laws that were put in place to protect survivors of abuse.

Twenty-six women have accused Trump of sexual misconduct, but that wasn’t enough to disqualify him from the presidency. Instead, he’s been allowed to wreak havoc on other survivors, including nominating people like Betsy DeVos to lead the Department of Education, where she dismantled Title IX and other protective laws for sexual assault victims. Trump nominated to the Supreme Court accused sexual assaulter Brett Kavanaugh, who forced one of his survivors, Christine Blasey Ford, to painfully prostrate herself before the world. Though Ford fought with courageous fierceness to secure long-awaited justice for herself while also trying to help prevent others from becoming the next victim to an accused prolific sexual abuser, she was unsuccessful. We watched a clearly guilty man obstinately abstain from being wrought with culpability as he audaciously accused Ford of seeking revenge on him. His arrogant fury was quickly mirrored by right-wing supporters who upended Ford’s life. She was cruelly punished and vilified, referred to as a liar seeking fame and notoriety, and labeled a woman “too ugly to rape” or one who “asked for it.”

The Kavanaugh trials were incredibly difficult for survivors of abuse everywhere. Ford was forced to relive her own trauma on a national stage only for justice to elude her. Survivors saw her being gaslighted, retraumatized, villainized, and sent into protective hiding because of the venomous threats of rape and death she received from men who, like Kavanaugh, vehemently hate women. Yet Trump defended and protected Kavanaugh, going so far as to say he should “sue his accusers for libel” while also ensuring he received a lifetime appointment to the Supreme Court. The scariest part is that the bold presence of brazen abusers in the federal government has trickled down to a real-life level: Abusers everywhere feel a new sense of righteousness that validates their worldview. Trump even amended the legal definition of domestic abuse, making abuse survivors even more vulnerable. I have no doubt that when the Trump regime ends, studies will reveal a drastic uptick in instances of domestic abuse over the last four years.

Being triggered by the ghosts of an abusive past is a difficult thing to live with. PTSD has filled me with rage, frustration, and intrusive thoughts. I find myself unable to concentrate because my brain is so congested with the constant trauma and vitriol being spewed by our abusive government. My head and heart are reeling from being forced to live in a world where the people who run it represent the people who have abused not only me, but also the women in my life whom I love and adore. Both my mother and grandmother, also survivors of sexual and domestic abuse, are suffering the same consequences of living in an abuser’s paradise. The emotional climate in our home is thick and heavy with frustration and hopelessness while we, as strong and resilient women who have learned to navigate our lives despite patterns of abuse suffered at the hands of men, are learning how to navigate a world wherein abusers enjoy power, protection, adoration, and rewards.

There are immeasurable amounts of healing that must be done once this administration finally leaves—the damage of these last four years will be deep and long-lasting, a pain that reverberates profoundly throughout our society.

Our stories aren’t unique. There are millions of survivors who are trying with difficulty to understand why this administration, besides the obvious reasons, feels different than the rest. There are immeasurable amounts of healing that must be done once this administration finally leaves—the damage of these last four years will be deep and long-lasting, a pain that reverberates profoundly throughout our society. This is especially true in marginalized and oppressed communities, which are proven to be even more susceptible to the cycles of abuse. We will all feel these effects for a long time. The moment I realized my rage came from a place of PTSD, I began to understand that I was not just angry, I was lashing out at a world that has continually prioritized and protected the people who have abused me.

I was lashing out at a violent patriarchy, the best interests of which are keeping abusers in power and, in the best scenarios, keeping victims silent—and in the worst, publicly villainized and punished. Although it took me some time to realize this, I was living through both old and new trauma in real-time. On a massive scale, the American people have been subjected to four years of trauma. We’ve seen four years of attacks on our rights as humans to exist as women, as LGBTQ individuals, as Black, as immigrants, as anyone who is not straight, white, and conservative. We’ve seen the lowest and most vile people in society find their time to shine, with an administration that represents everything they stand for finally in power. And we’re watching the leaders of our country encourage these people to rise up and claim these ideologies as “all-American values,” disguising themselves as Republicans, as Christians, and as patriots.

Understanding that I’m living through old wounds being ripped open has made it easier to understand myself as a whole. I have been able to pinpoint a large source of my rage and sadness, and it’s made it easier to assess where I need to apply healing in my life. It will be a long road, but I’m hopeful that with the departure of this administration, I and the other women in my life will be able to heal from this again. I wish the same for every other victim of abuse who has been suffering in rage and confusion over these last four years. The first and most important step to healing is getting Trump and his posse of fellow abusers out of office. We can begin to reclaim our power with our vote. In the meantime, if you are also suffering, just know you are not alone; you never could be. While we are many, we are strong. We are resilient. And one day, we will be the ones who win.

Read this Next: This Election Was Always Going to Come Down to Consent 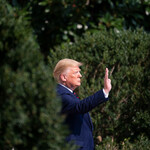 by Shea Tuttle
45 doesn’t care if the voters consent to his presidency.
by Sam White
View profile »