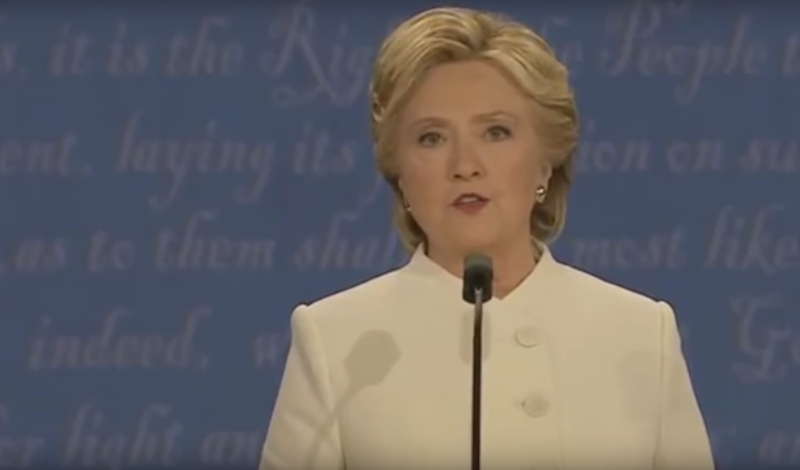 Over the course of three presidential debates, America has witnessed nearly six hours of rhetorical parry and riposte from the candidates without a lot of substance on the issues. Among the areas not covered in the debates were global climate change, LGBTQ civil rights, and the opioid crisis that is killing tens of thousands of people each year. Other major policy issues were framed in the strangest terms of personal experience or only as attacks, like when Hillary Clinton brought up how half of all undocumented immigrants pay taxes (and pay into entitlement programs for which they will never see benefits) as a contrast to Donald Trump’s own tax-dodging strategies. Or when Trump mentioned his stump speech point that Clinton wants to increase the number of refugees the United States admits by 550 percent. These could have opened up thoughtful debates about immigration, but instead the issues were lost in the noise of a fight between two foes. One of the few actual issues that did come up last night was abortion—but, in his typical style, Trump didn’t stick to the facts on that, either.

As in the first two debates, the first 30 minutes or so of this week’s debate were sedate, almost boring affairs, with Trump doing his level best to “look presidential,” whatever the hell that means anymore, and Clinton bracing for the first ad hominem lob across the stage. Trump seemed to have given up defending himself over the myriad accusations of his sexual predation, and even Clinton looked like she’d tired of the issue. Only moderator Chris Wallace brought up Trump’s taped conversation with Billy Bush, who, by the way, is the only person to face any real consequences from the 2005 dialogue so far.

But after the first few back-and-forths Trump became fidgety, wrestling with his mic, drinking water, sniffling, and shifting on his feet.

In his bluster, Trump gave us the phrases “nasty woman” and “bad hombres.” But these were passing jabs, clearly unpracticed and unadvised. But one of his prepared remarks centered on reproductive rights, and he described a grotesque, graphic unreality meant to inflame a segment of the anti-abortion voting bloc:

This is wrong on so many levels, it’s hard to find where to begin. Let’s begin with the fact that a pregnancy in the ninth month means the fetus is full term, which begins in week 36 (most births are in weeks 39 to 41). Nobody conducts “abortions” at this point—the procedure would be a Cesarean delivery. Most abortions—99 percent of them—are performed before week 20 of pregnancy, and as it happens, 20-week-old fetuses are not usually viable outside the uterus. So Trump’s description of “ripping” babies out of women is not a thing. These comments are shocking, but they’re also no surprise. Trump has spent years showing us how misogynistic he is, with all of the hostility he has shown in his comments about groping women, his call to “punish” women who terminate their pregnancies, and his open verbal abuse directed to women. This was just an extension of his complete lack of understanding of women and the issues affecting them.

Anyone who thinks there is a way to know when a birth will occur—due dates are  laughably unpredictable—has not spent much time listening to women talk about their pregnancies or birth experiences. If Trump is fine listening to advisors who are wantonly lying to him to support their own interests, then he is incapable of putting the American people’s needs as his top priority.

Though Clinton was clearly stronger than Trump in all three debates, which is not common in modern presidential elections, she is also hurt by having such a weak opponent. No longer does she talk about the priorities of the Sanders campaign, even as she has absorbed many of those policy stances from the primary, like raising the minimum wage, making college affordable, and pulling back from the Trans-Pacific Partnership and natural gas fracturing. She did look unflappable and had clearly learned in the first two debates how to bait her opponent. Clinton is up nine points in the polls, but her characteristic safe approach won’t let her relax until that concession phone call on Election Day.

Now then, about that. When asked by Wallace if he would accept the results on November 8, Trump tried to hedge with a “wait and see” attitude. Wallace pressed furth, looking for a hard answer. And Trump said, “I’ll leave you in suspense.” This outrageous statement will have some people clutching their pearls, but it’s as meaningless as his assertion that once he’s president, he will lock Clinton in jail after his kangaroo court finds her guilty of email something Benghazi or other. Of course, Trump could refuse to concede, but if the results are clear that Clinton has secured 270 Electoral College votes, he won’t have any ground to stand on. He is a carnival barker with a penchant for sensationalism; of course he wants to wait and see. His voters want him to say that, so he is giving them their last moments of euphoric anti-establishment sentiment before the results are gathered on Election Day.

If the second debate was about anger, this third one seemed to foreshadow the grumbling mess that Trump will become when the polls close on the East Coast. He will rebuild his brand as he has after previous scandals, but in all likelihood, the Trump companies will never regain the luster they had before he decided to run such a bigoted and misogynistic campaign.

What Trump has never realized is that most Americans love their families, their neighborhoods, and their country, despite its many faults and gap between its mythologies and its realities. He has positioned his domestic and foreign policies on the premise that everything, everything is broken, and it’s just a challenging strategy to leverage a better future against a miserable past. Clinton has picked up nearly every newspaper endorsement, even in red states like Utah, Alabama, and Texas. Meanwhile, Trump has been endorsed by the official paper of the KKK. They both showed us why in their debate this week.

Relevant: Ask Bear: Is It Okay To Be So, So Sad About My Miscarriage?

by S. Bear Bergman
A reader wonders how to deal with the grief of a miscarriage at eight weeks.