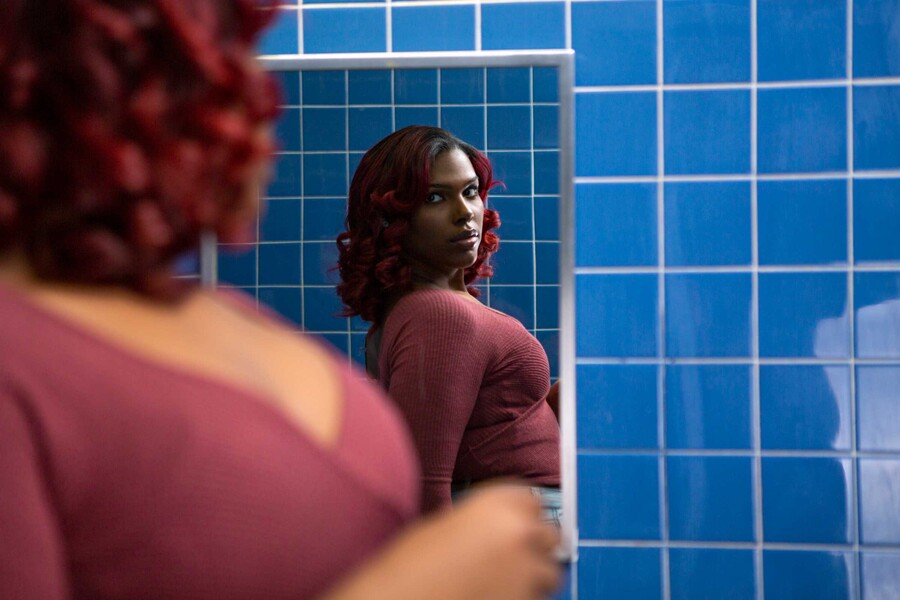 On July 1, Secretary of Housing and Urban Development (HUD) Ben Carson signed a proposal for a new departmental policy with chilling implications. While citing the usual talking point concerns about religious liberty and paying lip service to concerns about the well-being of survivors of domestic violence, Carson proposed that HUD-funded emergency shelters be permitted “to accommodate persons based on sex” via a “determination of sex by the shelter provider…based on a good faith belief.” According to the document, “reasonable considerations” for an administrator charged with visually determining someone’s sex “may include, but are not limited to a combination of factors such as height, the presence (but not the absence) of facial hair, the presence of an Adam’s apple, and other physical characteristics which…are indicative of a person’s biological sex.”

Obviously, Carson’s proposal is a naked attempt at stripping more civil protections from the transgender community. It’s one that comes as little surprise. Trump currently lags eight points behind Joe Biden, his presumptive Democratic rival in this year’s presidential election, and transantagonism is a base-rallying tactic which his administration is certainly well acquainted with. It’s a desperate grab at support. But even though the underlying motivation is simple and intended to whip up support among conservative, cis women who reject transgender people, it’s likely to backfire on those same supporters. This HUD proposal provides cover for a broader ranging misunderstanding of sex and identity that could easily result in those same protections being denied to cisgender women in crisis who fail to “pass” as their gender.

In contemporary gender discourse, passing refers to the act of passing for a gender that doesn’t match the one assigned to you at birth. When someone speculates as to whether a trans man “passes for male,” it’s an attempt to appraise whether the average person would assume, upon looking at said person, that they’re looking at a cis man. But in a broader historical context, passing has also had many racial connotations, most saliently the ability (or inability) for Black and brown Americans to pass for white. The effects and drawbacks of successfully passing on marginalized peoples is the subject of many intense intracommunal debates, but there’s little argument that passing has often been a matter of life or death. For marginalized racial identities, it has been a route of evading slave labor and trafficking; for marginalized genders, passing has been a requirement to access medical treatment and a conditional cloak against violence.

There’s a different vector by which passing becomes an issue, however. There are few more ruthless forms of cultural shorthand by which to insult a cis man than by saying he acts or looks like a woman or a cis woman like a man; the combination of implied undesirability and deeper insinuation that one’s true gender is undermined by certain external traits is enough to make this one of popular culture’s most well-mined deposits of burns and cheap gags. Characters like Lana Kane (Aisha Tyler), whose height and large hands make her the butt of constant jokes in FX’s popular animated series Archer, reflect larger anxieties about gender and passing politics in our society among people who should theoretically always have their gender accepted because of their “biological sex.”

These culturally-reinforced concerns about other people’s physical attributes and performance of gender are taken to their logical extreme in #transvestigation communities on social media, where conspiracy theorists spin wild yarns about uncovering Illuminati plots by carefully examining Bill and Melinda Gates’s jawlines. These posts may be cartoonishly unhinged, but they’re the product of a society that has established clear rules for beauty in one of two genders—and which punishes those who step out of line. For women of color in America, particularly Black women, this information is both extremely relevant and extraordinarily old. “A small nose, just like a small body frame, and pouty—even though they’re full—lips, is supposed to be dainty, and it completely plays into the skewed idea of what it means to be feminine,” documentary filmmaker Natalie Bullock Brown noted in a 2016 interview with BuzzFeed.

These racialized notions of beauty, gender, and desirability predate slavery in the United States, with the “Jezebel” stereotype being used to paint Black women who had broad features as naturally lewd and lascivious (justifying both their sale into forced prostitution and subsequent rape). The subsequent “Sapphire” trope honed that racist stereotype into a different caricature, in which Black women were aggressive, masculine, violent creatures who ruthlessly ruled over their boyfriends and husbands. Analyzing the visual signage of the Jim Crow South in her 2010 book, Signs of the Times: The Visual Politics of Jim Crow, University of California, Berkeley, professor Elizabeth Abel notes that a “White Ladies Only” bathroom sign is rhetorically redundant: “Race is already written into the class-inflected ladies, a noun reserved so exclusively for whites that signs for ladies and women could serve without further modification to signal racial difference.”

While the HUD proposal would undoubtedly hurt trans people first and foremost, its language and implications should terrify women everywhere.

This has, inevitably, led to profound psychological impacts on Black women as they fail to pass fully as women in a culture steeped in white supremacy. “I’m supposed to go to frustrating lengths to ‘prove’ I’m feminine and offset my blackness…while women who are white or lighter in appearance are given more latitude for experimentation,” Hannah Eko wrote in a 2018 essay for BuzzFeed. “[B]lack women can and do don these sort of androgynous looks and hairstyles, but they are often read differently on our bodies: Elegant transforms into militant, boyish into manly.” These material effects have least subtly been seen in the world of sports, where cisgender, Black women are routinely singled out for mockery and professional harassment because of their inability to pass under standards of white womanhood.

Tennis stars Venus and Serena Williams have long been singled out for drug testing more than their white peers due to their musculature and vocalizations, and borne the brunt of countless racist microaggressions and misgendering jokes. Nobody problematizes these notions of gender’s construction better than South African runner Caster Semenya, though, whose status as a cisgender, intersex woman has baffled those who believe “real women” can’t have naturally high testosterone and led to her being banned from world competition in 2019. Black trans women in all walks of life, of course, will be first to feel the effects of this proposal should it be put into action. Forced to attempt assimilation into a system that’s set up to even deny cisgender, Black women their genders, they will once again be targeted disproportionately for this discrimination. But consider as well the countless stories of cis women around the country and world who are subjected to transmisogynistic harassment and assault for cutting their hair, wearing basketball shorts, or taking hormones during menopause. Then ask the question: What if it had been worse?

All those women made it out of those situations alive, but when dealing with circumstances under which HUD emergency shelters might be necessary, survival isn’t a given. What if these women had been in a crisis situation, but the person in charge of shelter access determined they weren’t woman enough to be allowed inside? Do we really want passability to dictate life and death in this context, too? In renewing the far right’s attacks on trans protections, Carson and the Trump administration have perfectly encapsulated why transmisogyny is, at its core, just misogyny. While the HUD proposal would undoubtedly hurt trans people first and foremost, its language and implications should terrify women everywhere. If the Republicans have their way on this one, hide your tracheas, ladies—Big Brother will most definitely be clocking you.