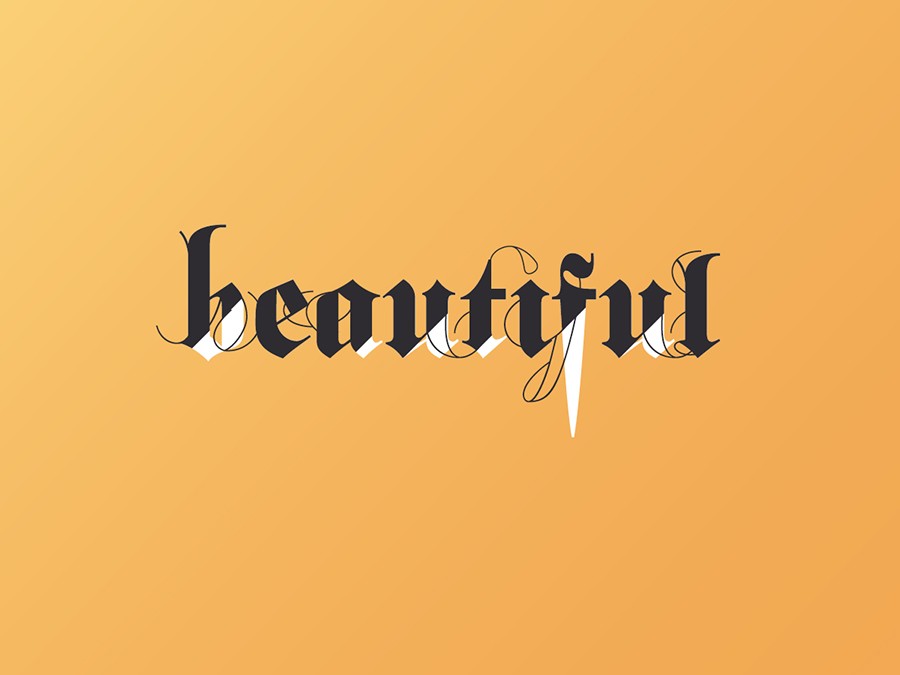 Since 45’s announcement to run for president, the entire world has been forced to listen to his rhetoric. No one has been spared from the incoherence, incompetence, run on sentences, and fragmented thought. Before Trump, previous presidents, for the most part, understood the magnitude of that privilege. The king of entitlement, though, wants to retain the ability to say whatever he feels without bearing any responsibility for its impact. (There’s actually another word for that: dictatorship.) It’s fair to say, nearly a year after the election, 45’s speech patterns and codes only build on the kakistocracy he oversees. And in Trump’s America, the more callous and obscene the act, the more beautiful it is to him.

Prior to Trump, “beautiful” registered as a positive aesthetic, a wonder, a marvel to appreciate in a number of pleasing situations that included the most general facets of observation (a concept, a sunset, a relationship, a piece of art) to the most specific (a moment, an artifact). Prior to Trump, the word “beautiful” and typically referenced something pleasing. “Beautiful” was not a political or social trigger. Until Trump.

You don’t have to dig deep to unearth his message. 45 uses “beautiful” as a descriptor of horrible hypotheticals (building a wall) for certain communities and demographics and assigns the word to something he deserves, wants, or lusts after. He uses it to lament the removal of “beautiful” statues and monuments. 45 uses it to describe objects—including women.

We’ve come to accept that the president does not possess the ability to be reflective or communicate anything substantial. That’s our new normal. We’ve had no choice but to accept that  “beautiful” cues a situation, thing, or person that will either be exploited or exists to exploit others. Trump’s use of the word actually invokes the opposite of beauty—pain, shortcoming, suffering, and foreboding injustice. The adjective “beautiful” is yet another clue (as if we needed more) of Trump’s dearth of knowledge, or grace of curiosity, or ability to use language to either impart wisdom or sound judgement. It signals his trademark cognitive and communication style: superficial (at best) grasping of governance. And we’re still being forced to listen.

Out of all the media blitz covering 45 over the past couple of years, some may not remember a small and unremarkable statement made by Tic Tac in early October 2016. Tic Tac issued a brief statement saying, “Tic Tac respects all women. We find the recent statements and behavior completely inappropriate and unacceptable.” Tic Tac’s need to remind the public that it respects women came in the storm of the infamous this-should-have-derailed-his-candidacy-but-he-still-won-the-election conversation between 45 and Billy Bush during a Access Hollywood taping. The then-candidate Trump said:

Trump’s America is full of beautiful women and he has little to no control over his own actions because of their beauty. The beautiful body is his to touch without consent, the beautiful pussy is permissible to grab, the beautiful face is his to kiss. When he faces allegations of sexual violence, his despicable retort was that the alleged victims were not attractive enough for him to assault. In Trump’s America, he boasts access to beautiful bodies in pageants and dressing rooms. Beautiful is his call to entitlement because when Trump describes women or girls are beautiful, it’s no longer an adjective—“beautiful” becomes the noun (remember? person, place or THING) and beauties are things to be conquered and taken. Beauties are his reward for being a powerful reality star. The refusal and/or inability to see another person as an actual individual with agency is no more clearly illustrated than in the infamous Bush Access Hollywood conversation which was thought to be the end of his presidential run. But it didn’t end his presidency, as we all know. Because Trump openly admitting that he had no self-control or ability to respect women was still not enough to dissuade voters from giving him the Oval.

The bestowment of “beautiful” upon a person signals Trump’s self-permitted license to touch or violate a person because he doesn’t recognize a situation between two individual people, he only sees himself and a beautiful woman without agency; an aged form of sexism that has overwhelmingly fed sexual assault since the beginning of sexual violence. His Apprentice apprentices and administration consists of apologists, bystanders, and like-minded misogynists who probably share the same perspective as Harvey Weinstein. Fast forward one year, and now his Secretary of Education Betsy DeVos is meeting on college campuses to question Title IX policies on sexual harassment and violence and sympathize with the impact of sexual violence on perpetrators, not survivors.

Trump’s construction of beauty hinges on our acceptance of his misogyny and rape culture.

These most recent weeks of rape culture exposed some of the darkest places of Hollywood—following in the footsteps of many other public institutional downfalls, similar to the Catholic Church, college football programs, and college universities. Meaning, the cycle continues. Even more illustrative of the cyclical pattern of rape culture, from #NotOk which launched in October 2016 to #MeToo which went viral in October 2017, it seems a digital habit has formed to find common outrage against harassment, groping, and sexual violence and for survivors to speak out. While the response to both has generally been supportive, we forget a critical shift since Trump was elected. National and global discussions on sexual assault has been growing as a part of our culture and the public eye, and it’s even been called a public health crisis but eradicating rape culture has not been centered for what it needs to be: a voting issue.

When the sitting president won the White House a handful of weeks after his inexcusable “locker talk,” we are left to grapple with the conflict: how do we claim to be ending rape culture when we elect an open predatory misogynist? If we want to eradicate sexual violence, let’s begin with eradicating the predators in public office. Now that both presidents Underwoods are set to be cancelled, who else can follow suit in real life, and not just on Netflix?

Now that would be a thing of beauty.

Relevant: In "The Telling," Zoe Zolbrod Writes a Searing Memoir of Survival 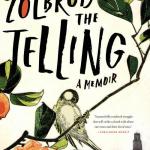 by Gila Lyons
In ferocious diction, Zolbrod chronicles the impact of sexual abuse and years of keeping the abuse a secret.