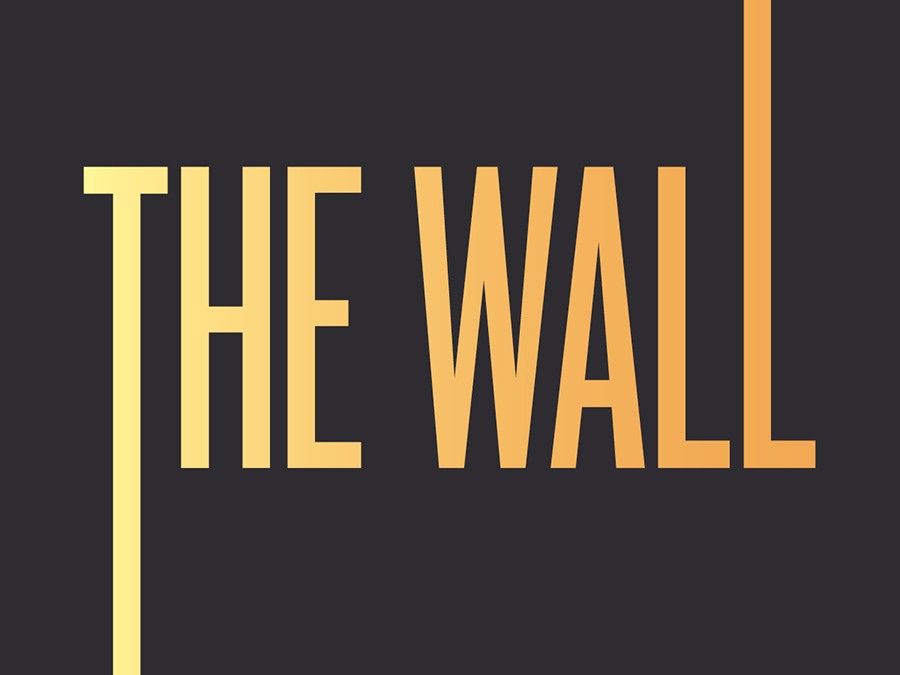 Whether or not it is built, or even if a portion of it is realized: Everyone will remember The Wall.

Its purposes were multifaceted: Protect the border, control immigration, crack-down on drug trafficking, and, bonus, paid for by Mexico. The campaign chants were grossly vociferous with “Build that wall!” chants, which cemented 45’s stance: America has to be protected at any cost. 45’s governance has shades of textbook behavior from an abusive partner exerting control. He believes in isolationism, bragging powers showcased by imperial flexing on other nations, withdrawal, and, of course, throwing a casual arm around Vladimir Putin and his Kremlin zealots. In comparison, The Wall seems to be just another prop in the circus show of this bewildering administration, but The Wall remains one of Trump’s most lethal weapons as it instigates anti-immigrant sentiment and greenlights continued harassment and surveillance of Dreamers and POC communities.

The promise of a dividing wall feasted on the xenophobia of the white America who showed up for Trump and voted for his well-documented, loathsome behaviors. He knocked out all the other GOP misogynists and racists by out-misogynizing his components and beating them with promises of travel bans, border walls, and with his vow (and eventual executive orders) to break up families with ICE raids from big brother, Homeland Security. Ask any voter in the 2016 election what fueled Trump’s ascent to power, and most folks will mention The Wall.

The numbers are enough to make anyone queasy, if not outraged. Already $20 million has been spent by Homeland Security for prototypes. Yes. Protypes. Meaning, millions of dollars have been spent just on ideas and design. And, despite the “Mexico will pay for it!” financier statement, 45’s administration pleaded for $3.6 billion…for 100 miles of border. The actual border is 1900 miles—Only 1800 more miles to go! Wait, there’s more subtraction/good news for 45: Since Ronald D. Vitiello, acting deputy commissioner at Customs and Border Protection, has said that about 130 miles of the border is unfit to build a wall because of “bodies of water and other challenging terrain,” that brings the number down to 1670 miles left to build!  All that good news, though, is mitigated by estimates that claim the wall could cost as much as $25 billion. And Mexico has not forked over a dime.

The tune is familiar: “drugs,” “smuggling,” and labeling Mexicans as rapists and criminals and casting all undocumented folks as moochers taking jobs, eating our scarce resources, and browning our country. Never mind that the overwhelming majority of immigrants, particularly those crossing the Mexico-U.S. border, risk tremendous danger in hopes of simply building a better life for their families. Still, 45 pushes the rhetoric that brown folks are dangerous and white citizens are the law-abiding naive folks getting played by the Mexican cartels. Never mind that 15,000 economists have advised Trump that immigration is an enormous advantage for our country, underscoring the need to “modernize” our broken immigration system. 45 closes his ears to the prospect based on the law of comparative advantage that undocumented workers may actually help improve wages and increase jobs. No, the only way that this wall is getting built is if the narrative stays the same: brown people bring danger, white people hold your pearls. Build.That.Wall!

Let’s keep it real. In 1846, U.S. president James K. Polk wanted Texas for its agriculture and California for its Pacific coast. Congress gave a thumbs up to Polk’s request to declare war on Mexico in a dispute over Texas. The Mexican-American war lasted two years and turned in the U.S.’s favor because of the advanced artillery and weapons that Mexico could not match. Come 1848, the war was over and the Treaty of Guadalupe Hidalgo gave the U.S. not only Texas and California, but also New Mexico, Arizona, Nevada, Utah and parts of Oklahoma, Wyoming and Colorado. Yep, the U.S. got a bunch of land because we had more canons than Mexico.

Contrary to what shadeball Jeff Sessions said in his bullshit speech about restoring lawfulness, entering the United States without proper documentation wasn’t always a crime. Prior to the 1920s, it was not an apocalyptic journey to cross the border. In 1929, Congress basically updated our immigration laws by instating an application system for immigrants to enter the country. Immigration boomed, especially from Mexico. True to form, in response to when the U.S. doesn’t like rising numbers of people of color residing on the land that was stolen from Native Americans, things were handled the best way folks knew how: incarcerate them.

Come the 1930s, Mexicans never comprised fewer than 85 percent of all immigration prisoners. Some years, that number rose to 99 percent. Who do we have to thank for criminalization of border crossers, arbitrary and inflated entry fees, giving kerosene baths and subjecting immigrants to humiliating abuse, and prosecuting travelers as criminals? Meet Senator Coleman Livingston Blease, the original white supremacist wizard who offered his racism disguised as skilled governance to Congress. They accepted his ideas to focus attention on transforming the U.S./Mexican border into a place to criminalize Mexicans. And we’re still living through the repercussions of that brainstorming Blease session.

Over time, though, intolerance morphs and these days, immigration is not as binary as white folks against people of color. White supremacy is clever and well-equipped to strategize its plan across skin tones. As Xicana writer Cherríe Moraga writes in A Xicana Codex of Changing Consciousness:

The nation-state needs very badly for us to believe ourselves “American,” by its monocratic definition and define our allegiances by the geopolitcal borders it has constructed. The  government proffers to its citizens of color the opportunity to feel white as long as we are pointing the finger or the gun at some other “other,” scapegoated by the U.S. Foreign policy. The price for such citizenship is our cultural separation from our relationship around the world…”

History shows us that 45 is simply another infantile male leader courting xenophobia with threats and insults so it basically feels like we are living through a never ending episode of Drunk History: Tales of Xenophobic White Men.

Discrimination precludes 45’s sick fantasies of a solar paneled, “beautiful”, and see-through partition. The anti-immigrant sentiment ricochets to all migrant communities and children of the diaspora. This White Clown House era stops shy of political unspooling and limits many of us to peer from the outside—horrified yet unsurprised, and suspended between acts of covfefe, ban, grab, or snarl. The Wall is just another wall in the Sad! history of wall building and doesn’t make much sense. As Tom Oles, author and professor, points out, “Today, Mexico is America’s third-largest trading partner,” he says. “The idea of erecting an almost 2,000-mile long wall between friendly, highly-integrated economies, is unprecedented, historically or today.”

The aggression at the border, however, is not news and no physical wall can change that narration, especially for women of color who risk violence, imprisonment, and deportation in their crossing. More and more single women seek full-time work and are making the trek across the desert and mountains with a similar agenda: Get out of poverty. Immigrant women make more money in service positions in the U.S. and send money to their poor families. Millions risk the journey, fleeing systematic oppression and unemployment. The Wall functions as an overwhelming symbol of American intolerance. The border is bearer of history, and 45 has revealed he is just another descendent of the architects of Manifest Destiny.

Gloria Anzaldúa, legendary Chicana scholar, writer, and theorist, co-edited the seminal This Bridge Called My Back: Writings By Radical Women of Color; a text which has affirmed the artistry and expression of feminists and women of color most deeply impacted by past and present Walls. Her borderless work, Borderlands:La Frontera

details the yielding faculties for some women, a “sensing” or intuition born out of oppression:

Those who are pushed out of the tribe for being different are likely to become more sensitized…Those who do not feel psychological or physically safe in the world are more apt to develop this sense. Those who are pounced on the most have it the strongest—the females, the homosexuals of all races, the darkskinned, the outcast, the persecuted, the marginalized, the foreign. When we’re up against the wall, when we have all sorts of oppressions coming at us, we are forced to develop this faculty…We lose something in this mode of initiation, something is taken from us: our innocence, our unknowing ways, our safe and easy ignorance.

Maybe it was out of this faculty that Anzaldúa and Moraga imagined Bridge, a feminist architectural tool that would usher generations of women of color around, under, and over any wall that 45 could build.

Relevant: The Reign of Patriarchy Begins with the "Patriot" 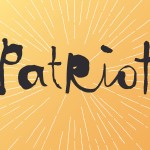 by Lisa Factora-Borchers
You're not a patriot if you doubt America's greatness, and other absurdities we're told.