Lizzo Is Too Good to Cancel, but Fatphobic People Are Still Trying | Bitch Media

Truth HurtsFat, Black, and Too Good to Cancel 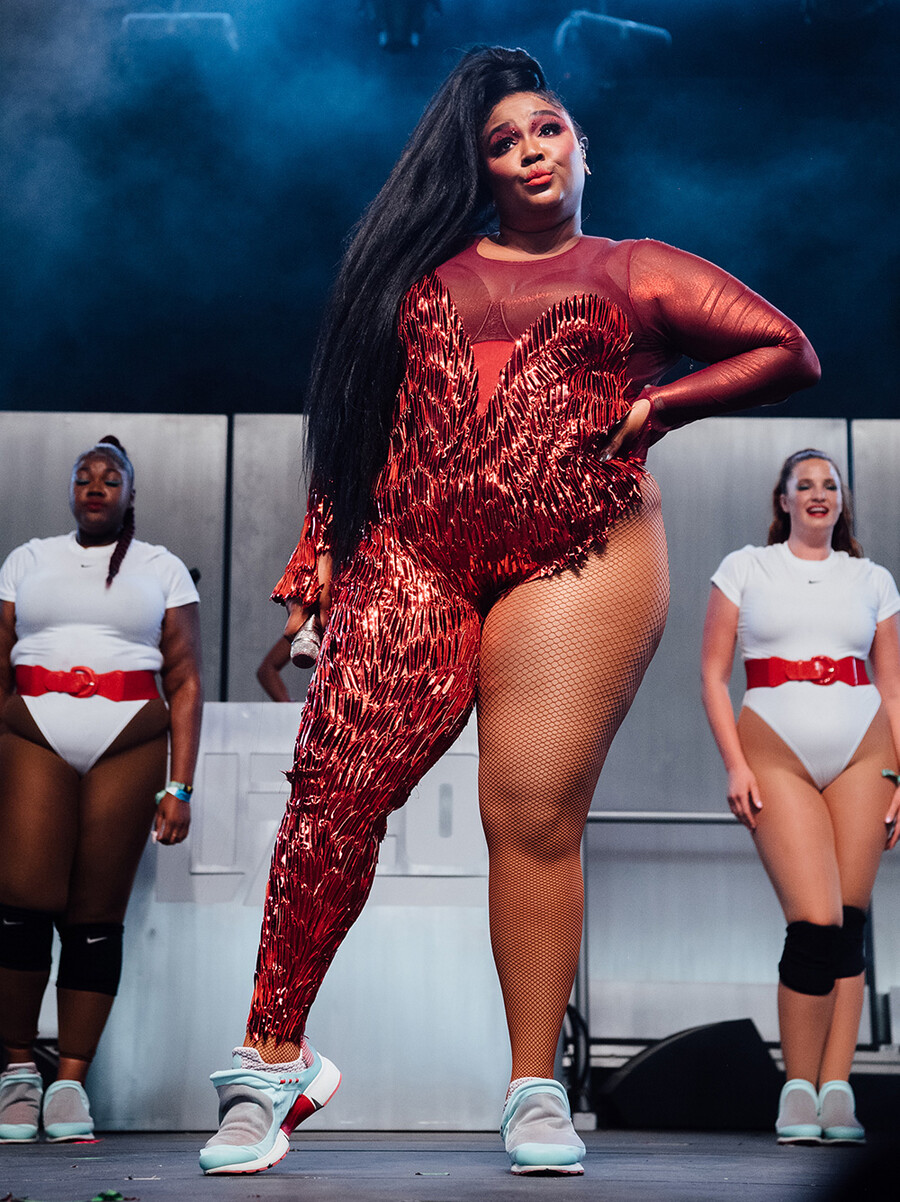 I just took a DNA test, turns out I’m 100 percent allergic to the hypocrisy that drives the criticism lobbed at Lizzo, an artist I’ve been listening to since a friend recommended Coconut Oil, her 2016 EP, to me in a group chat. Coconut Oil hooked me immediately: I played the six songs on repeat, as did other fans who helped the album reach number 22 on Billboard’s R&B Album chart. Lizzo’s fan base was much smaller four years ago. As she tweeted in November 2019, she had been touring for eight years, giving out free tickets to shows that didn’t sell well, performing for free beer and food when her bank account was empty, and sometimes even sleeping in her car, making her the epitome of an emerging star who hadn’t quite hit the mainstream.

Those who listened to and loved Coconut Oil knew what I knew, and what the artist herself understood: Her success was inevitable, a matter of when rather than if. By the time Lizzo’s one-off single, “Truth Hurts,” hit number one on the Billboard Hot 100 in September 2019—two years after it was originally released—she was on everyone’s radar for creating music about self-love, happiness, and healing, no easy feat for a fat Black woman in an industry not designed for her to succeed. And right on time, her mainstream success arrived with a bucketload of naysayers proclaiming that she’s not an authentic R&B and hip hop artist. “She makes music for white people!” is a common refrain from critics, including her contemporary Azealia Banks. Overnight, it seems, many people went from celebrating her wins to anticipating her downfall.

The haters’ criticism reveals an inherent bias about who they believe should be allowed to be a pop star: Lizzo celebrates herself and other fat Black women who have been maligned and advocates for their sexual agency. That seems to be what upsets her detractors the most. How dare this fat Black woman be successful in an industry that mostly elevates thin women and women with curves in the “right” places? How dare she declare her worth and encourage other fat Black women to know theirs too? It’s so rare for mainstream music to embrace an artist who doesn’t fit the traditional package, and though Lizzo’s music declares that she loves herself and she wants others to love themselves as well, she’s still being trolled and criticized for challenging the status quo.

Instead of reinforcing a double standard where Black women are “canceled,” why don’t we examine why Black women artists aren’t given the space to learn, to grow, to evolve?

In every industry Black women have to work four times as hard for less than half the credit. Missy Elliott is just receiving her due; Beyoncé has received dozens of awards, but she’s always lost the Album of the Year Grammy; and Normani has faced racism inside and outside of Fifth Harmony. All have been mistreated by the music industry, though they’re innovating it. In the music business, Black women performers have to be close to perfect to receive the same respect their white peers do, and even when they defy the odds—as Lizzo has done—one perceived misstep can derail their entire careers. Remember Chrisette Michele? After performing at an event associated with Donald Trump’s 2017 inauguration, Michele was so harshly criticized that it drove her off social media and exiled her to the outskirts of the music industry.

Yet, Kanye West released a slew of number-one albums after donning a MAGA hat and publicly declaring his support for the same sexist, racist, ableist president whose policies cause genuine harm to the Black community. While West is declared a “genius” who’s “misguided,” simply because he’s released albums that moved the needle of culture, Black women artists aren’t afforded the same slack. Women artists such as Lizzo get “canceled” for far less than posing in photos with white supremacists. Just ask Ciara, whose career still hasn’t recovered from ending her engagement to Future and finding love with her now-husband Russell Wilson.

Lizzo shouldn’t have to apologize for choosing to make music that centers feel-good happiness and self-care or for sharing her most genuine self with the world. Instead of reinforcing a double standard where Black women are “canceled,” why don’t we examine why Black women artists aren’t given the space to learn, to grow, to evolve? Contrary to popular belief, being contrarian is not a personality type, so why be fatphobic and racist when you can just be quiet? And just let a fat Black woman prosper in peace.

Read this Next: “Cuz I Love You” Invites Women to a Self-Love that Runs Deeper than Hashtags

by Natelegé Whaley
“Cuz I Love You’s” self-love anthems aren’t cheesy, forced, or performative, thanks to Lizzo’s evolution as an artist.