Lisa Hanawalt on Animating Your Own Escape 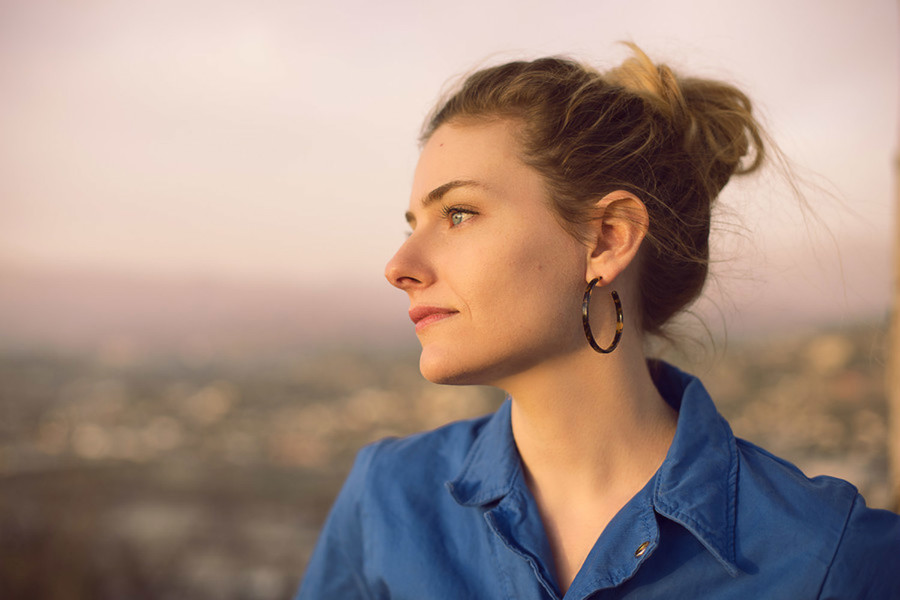 Lisa Hanawalt is the in-demand illustrator responsible for BoJack Horseman, graphic novel Coyote Doggirl, and the forthcoming Tuca & Bertie. She talked to Bitch about how she came to be one of the funniest animators in Hollywood.

You’ve said that you always made art as a child. Was there something specific that drew you to be being an artist?

I think it was a combination of being extremely shy, having a big imagination, and, in hindsight, having issues concentrating. I started drawing during class because the fidgeting helped me pay attention. (I was still spacey but it helped!) Drawing helped me break the ice; people would notice my illustrations and talk to me. It was also a way of getting all of my great ideas out, like a cat version of Weird Al Yankovic. Come on, that couldn’t just exist in my head. I had to share that with the world!

What was the first TV show or movie that really stuck with you?

My favorite show was Ren & Stimpy and my favorite movies were Hook and The Lion King. I saw both movies multiple times. Ren & Stimpy was just so funny and weird and gross. It’s extremely unfortunate that John Kricfalusi turned out to be a predatory creep. Fuck him.

What persuaded you to pursue a career as an animator and author?

I originally wanted to be a veterinarian but after years of doodling in sketchbooks and writing in my diary, drawing and writing ended up being the things I was best at. I never specifically intended to go into animation and TV. I thought I’d be a fine artist or possibly a photographer. But I kept gravitating back toward comics and illustrated essays.

How did you get from the University of California, Los Angeles, to BoJack Horseman?

I started drawing Tip Me Over, Pour Me Out, a webcomic that my friend Raphael wrote about his life. I kept drawing comics. I sold pet portraits. I eventually met my first comics publisher, Buenaventura Press, at a convention that my friend Jessica Gao organized. I moved to Brooklyn and got more involved with the comics scene. Around this time, Raphael was developing some ideas for TV, and he showed some of my “animals dressed up as people” drawings to producers. Eventually, I agreed to design the main characters of BoJack Horseman, and then a year later I art directed the pilot with Supervising Director Mike Hollingsworth. Then the show sold to Netflix, and I moved to Los Angeles to work on it full time.

Your books, including Hot Dog Taste Test and Coyote Doggirl, offer insightful commentary about real-life issues, such as what we eat and how women are represented in Westerns. Is realism an overarching goal of your work?

I never set out with the thought that “this will be an important commentary” when I’m making a comic. I think that would be paralyzing. I’m just churning up my own beliefs and fictionalizing my own reality and spewing it all back out through my lens. The stories I tell are deeply personal, even if all the details have been changed and they’re masked with flippant jokes. I guess I hope that other people can see themselves and their own experiences reflected in my work. It’s very cathartic when that happens.

In 2017, women animators wrote a letter in Variety about sexism in the business. How can animation become more inclusive for women?

A lot of mediocre men get handed opportunities on a silver platter, even if they’re totally unqualified and unprepared, while women constantly have to prove basic competency. More women need to be given the chance to lead, even if they aren’t always as vocal as their male coworkers. People are finally starting to pay attention to the terrible ways women are treated, but every animation studio and production company needs to be less oblivious. I see a lot of places rehiring the same dudes over and over again, even after they’ve harassed women. What kind of message does that send?

You created Tuca & Bertie. Do you see that show, as well as BoJack Horseman, as a form of escapism or pleasure?

BoJack is like my beloved nephew while Tuca & Bertie is my baby! I find it deeply pleasurable. I work with such wonderful, funny people who care about my dumb ideas and make the show better every day. But of course it’s still a job, and it doesn’t always feel creative in quite the same way that working on a solo project does. So some nights I come home and make a little painting, just to keep that part of me fulfilled and activated.