There Are No Lone Wolves 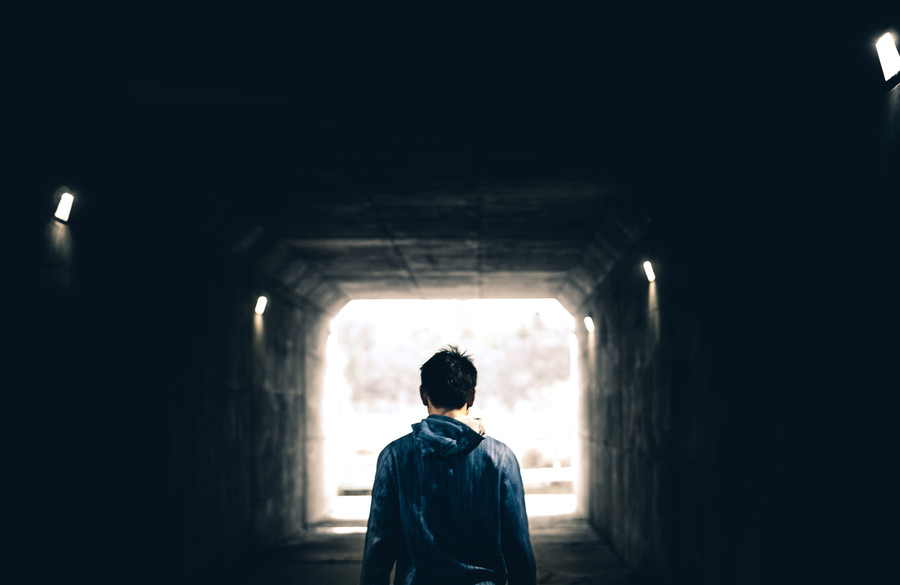 Twenty years after two white boys shot and killed 12 of their classmates and one of their teachers at Columbine High School in Littleton, Colorado, many of the myths propagated about those shooters and that horrifying day still persist. The Washington Post recently outlined some of the rumors about Eric Harris and Dylan Klebold that were reported as fact at the time, but have since been debunked. The killers were not bullied heavily at school, for instance, and they were not members of a nihilistic group called the “Trench Coat Mafia.” Perhaps the most misleading part of the cultural narrative about the Columbine shooters—who have been the subject of numerous research papers, documentaries, and think pieces over the past two decades—is the idea that they represented something so extraordinary, so new, in American history that we had no choice but to relentlessly scrutinize them to find out why they did what they did.

Indeed, life in the United States—where more than 200,000 people have experienced gun violence at a school since 1999, and more than 140 have died from it—is often separated into pre- and post-Columbine, particularly in debates about guns, masculinity, and the safety of children. An endless stream of articles about the “Columbine shootings’ grim legacy”—to say nothing of a bestselling book by Klebold’s mother—has been predicated on the idea that two white boys killing 12 of their schoolmates embodied a kind of hate this country had never known before.

There’s no denying that the massacre—carried out with automatic weapons at the beginning of the internet age, with a nationally televised aftermath—has had a lasting impact on American culture. (One student was fatally shot on May 7 at a school that’s just eight miles away from Columbine). But we have not yet fully grappled with the reality that this same culture has always facilitated mass killing at the hands of white people—and very likely always will. The 1966 shooting at the University of Texas that claimed 17 lives is considered the starting point for today’s mass shootings. In a 2006 piece on the event, Texas Monthly suggested that the shooting “ushered in the notion that any group of people, anywhere—even walking around a university campus on a summer day—could be killed at random by a stranger.”

For families of color in this country, however, that fear existed long before 1966. Between 1835 and 1964 nearly 4,000 Black and brown people were killed in public lynchings and other forms of state-sanctioned mob violence. Emmett Till was targeted, tortured, and murdered by a mob of angry men in 1955; four Black girls died in a 1963 bombing at the 16th Street Baptist Church Bombing; and a 1921 race riot in Tulsa, Oklahoma, left 26 Black people dead and decimated an entire community. The murders of millions of Indigenous and Black people over the last 500 years has certainly shaped American culture too, including within the education system, but it’s not often discussed in conjunction with mass shootings.

Black youth are still more likely to experience gun violence at school than any other group; since 1980, police officers have killed at least 25 Black kids under the age of 14; and federal data on more than 1,000 fatal police shootings between 2000 and 2012 found that “Blacks, age 15 to 19, were killed at a rate of 31.17 per million”—a mass incidence of violence against children that should be as terrifying as school shootings. Meanwhile, in 2016 alone more than 1,800 women were murdered in incidents of domestic violence that sometimes involved multiple victims. The correlation between the epidemic of domestic violence and mass shootings has been well documented and, not surprisingly, Black and Indigenous women are at the highest risk of dying from it.

Over the past 20 years, the mainstream media has failed to properly contextualize the Columbine shooting as part of a cultural narrative of exceptionalism that protects would-be killers and abusers. The misleading portrait of “outcast” white boys, which is still applied to shooters like Dylann Roof, positions these dominators as far outside the norm, maintains an illusion of white innocence, and argues for the legitimacy of patriarchal power. In fact, psychologist Peter Langman, who has studied Eric Harris’s writings, has speculated that the shooter himself embraced the fiction of the “loner” over time, setting up the media to buy into it, in order to “justify his rage” and “need for violence.” Harris, inspired by Oklahoma City bomber Timothy McVeigh, chose April for the Columbine attack; when he and Klebold couldn’t make it happen on the 19, they settled for April 20—Hitler’s birthday.

The influence of the Oklahoma City bomber is a reminder that Columbine did not emerge out of thin air, but occurred amid a flurry of white supremacist attacks during the 1990s. McVeigh, a white conservative who supported the Patriot movement, was partially responding to government officials storming the Branch Davidians compound in Waco, Texas, on April 19, 1993, and leaving over 70 dead. McVeigh was also an aggrieved veteran of the Gulf War, the ’90s edition of state-sponsored (televised) mass killing in the Middle East, and in that way he was not so dissimilar from the 1996 Olympic Park Bomber, who was himself an ex-military, xenophobic, homophobic, anti-abortion activist.

The “lone wolf” myth was then, and remains today, a narrative crafted by and for the very pack of people from whom mass murderers most often emerge. The intentionally incomplete storytelling of Columbine has inspired countless other worshippers of masculinity to join what Malcolm Gladwell has compared to an ever-growing “riot.” Indeed, dozens of murderers have openly claimed allegiance to the Columbine killers in the last two decades because they too see being a “lone wolf” as a legitimate path to reaching idealized manhood. Yet even this riot has been isolated within the cultural narrative in ways that protect whiteness and masculinity. The pursuit of ideal manhood, by anyone, is really the pursuit of white manhood. Even the thin, straight, cis, rich, able-bodied white men at the top feel inadequate in their masculinity, and must constantly seek control over others—particularly Black and brown people who pose the greatest threat to their power.

The “lone wolf” myth was then, and remains today, a narrative crafted by and for the very pack of people from whom mass murderers most often emerge.

But to name this requires an indictment of not only manliness and white governmental institutions like the FBI (which have failed to investigate white-supremacist organizing for decades, preferring instead to monitor Black anti-racist activists) but the institution of the white family itself. As Stacey Patton observed in DAME magazine in 2018, the media coverage of white mass murderers is often transfixed, as it was after Columbine, with the unique circumstances of their adolescent and adult life, striving to identify the exact moment they went off the rails (and always assuming they were once on the rails). Contrast this with the presumption that Black and brown shooters and victims come from chaotic homes that push them into being violence or being harmed. Patton notes that “[u]narmed Black and brown men and children killed by cops are thugs, deviants, ‘no angels’ and terrorists, and so are the parents who gave birth to and raised them, especially those with a criminal history. But white men are simply troubled and come from good Christian homes—and just took a bad, sometimes surprising turn.”

The endgame of this framing is not simply an avoidance of accountability and self-reflection, but a maintenance of power, which is the reason why people like Trump, Christina Hoff Sommers, and Joe Biden gravitate to it. As long as the problem is seen as one of misguided individuals and not the social systems that produce them, those in power can claim the ability to course-correct without disturbing the waters. Instead of putting the focus on the women, feminine, gender nonconforming, and/or queer people of color working together to abolish our violent systems of power, the spotlight remains where it has long been. Our response to white dominance becomes more white dominance, and our solution for the horrors of manliness is just more manliness.

Those with a vested interest in keeping things as they are will continue to explain away mass killings, sexual assault, and oppressive acts against others in ways that present themselves as special, becoming lone saviors for our lone-wolf problems.

Read this Next: The Misguided Pursuit of “Better” Manhood at American Fraternities 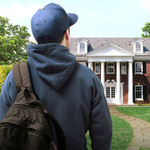 by Imran Siddiquee
The dominant narrative around fraternities has long been one of peer pressure, blackout drinking, and cruel hazing rituals. So why are so many male students, especially white ones, as excited as ever to join them?

All the Good White Men