“Titanic” and the Power of Women Choosing Their Own Destinies 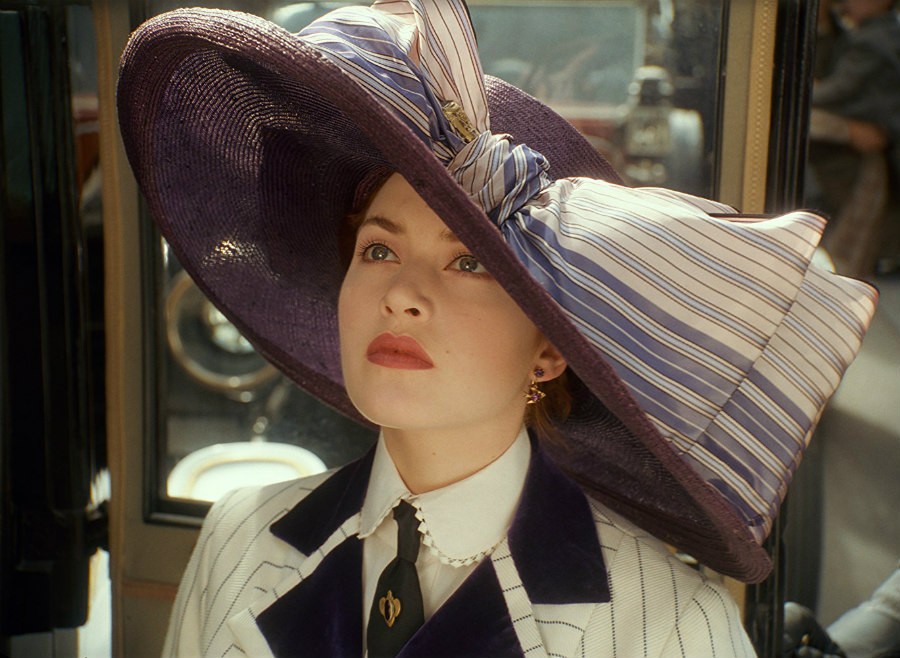 Titanic was a worldwide phenomenon when it was released in 1998. On a budget of $200 million, the movie accrued over $1 billion at the box office—a record it solely held until Avatar, another movie directed by James Cameron, reached the milestone in 2010. Titanic earned 14 Oscar nominations and won 11 awards, including best picture and best director. The “indestructible” ship hitting an iceberg; the band continuing to play as it split in half; and the majority of passengers being tossed in the water—left to drown and die from hypothermia—sold the movie, particularly to those fascinated by unexplainable tragedies. However, Rose Dewitt Bukater’s (Kate Winslet) journey from amenable figure to a woman in control of her fate should’ve been the selling point because it’s still one of the movie’s most indelible legacies.

When 17-year-old Rose arrives on the luxurious “ship of dreams” as a first-class passenger, it’s crystal clear why she’s embarking on the Titanic’s inaugural trip. Her beau Cal Hockley (Billy Zane) is enthralled by the ship’s features, including a Parisian café and Turkish baths, while her widowed mother, Ruth Dewitt Bukater (Frances Fisher), has hit hard financial times. Both are invested in molding Rose into a woman who performs femininity, modesty, and virtue—all characteristics they believe will bestow new fortune on Ruth and give Cal a partner who will bend to his every whim. Throughout the movie, Ruth and Cal direct tiny microaggressions toward Rose that are designed to open a festering wound that will eventually overtake and break her. For instance, while having lunch with Cal, Ruth, and a few other first-class passengers, Rose lights a cigarette, a simple vice to ease her nervousness.

Ruth tells her that she doesn’t like it when she smokes, and Cal removes the cigarette from her hand and puts it out. Cal also orders meals for the both of them, regardless of what Rose actually wants to eat. “We’ll both have the lamb, rare, with a little mint sauce” is a minor line, but says so much about how Cal sees Rose. He doesn’t see Rose as a separate entity with her own desires and needs; she’s an extension of him. His taste buds are hers. His wants are hers. He has no consideration for who she is or aims to be, and that, in itself, shackles her to a predestined fate of unhappiness. When Rose makes a joke at dinner about Sigmund Freud, Cal’s friend refers to her as a “pistol.” Cal then says he needs to monitor what she reads, as if she’s a child instead of the woman he’s planning to marry. 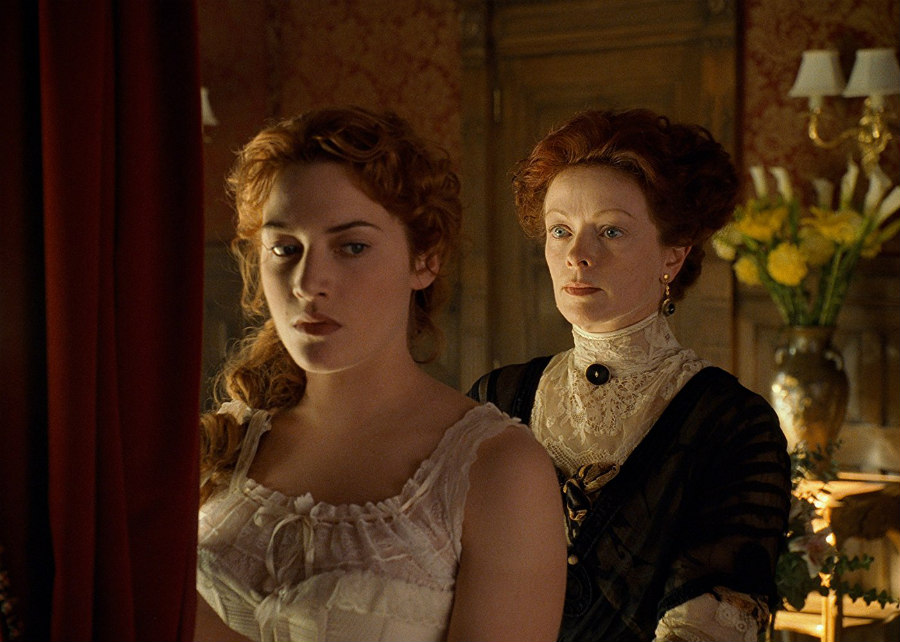 While these incidents seem disconnected and miniscule, they’re part of a bigger scheme to police Rose’s impulses, and turn her into a maiden worthy of marriage, even if that isn’t what she envisions for herself. While their aims are different, Cal and Ruth are intent on possessing Rose, as she beautifully explains later in the film. “It was the ship of dreams to everyone else,” she says. “To me [the Titanic] was a slave ship, taking me back to America in chains.” Being chained to a man she doesn’t love is Rose’s—and so many other women’s—greatest nightmare come to fruition. Her mother’s destiny for her doesn’t align with her own vision for herself. While her mother sees her betrothal to Cal as a means of escaping their financial situation and stepping into riches, Rose sees it as a limitation, a means of curbing her freedom.

“I saw my whole life as if I’d already lived it—an endless parade of parties and cotillions, yachts and polo matches—always the same narrow people, the same mindless chatter,” she says in a flashback scene. “I felt like I was standing at a great precipice, with no one to pull me back, no one who cared, or even noticed.” Slowly, Cal and Ruth are killing Rose; their unrelenting focus on making her into a woman who pleases them is taking an emotional or mental toll on her, but neither of them notices her distress.

How familiar is that feeling for women of that time and those of this time? So often, marriage is regarded as an accomplishment, particularly for women. We’re socialized to believe that finding a partner—a cisgender heterosexual male with a generous salary and lots and lots of sperm—is what we’ve been groomed for. When we reject that preordained destiny, we’re framed as bitter, damaged spinsters who are incapable of being loved or giving love. Rather than being praised for valuing freedom, women who choose to prioritize happiness are considered inferior. That fear sometimes shackles women to options that are no good for us. In Rose, we see a woman who comes to understand that, and makes a different choice, regardless of the consequences.

“Don’t do it” are the first words Jack (Leonardo DiCaprio) utters to Rose as she stands at the flagpole, preparing to jump into churning waters that will surely kill her. Their ill-fated romance, which carries across two days, has been the standard for onscreen relationships primarily because it shows two partners who see each other. While Cal wants to possess Rose—seeing as he always grabs her by the shoulders or the wrist, but never lovingly embraces her—Jack offers her an escape from the expectations projected onto her. While they’re clearly not in the same socioeconomic class—Jack is a third-class passenger on the ship—their zest for life makes them equally yoked. 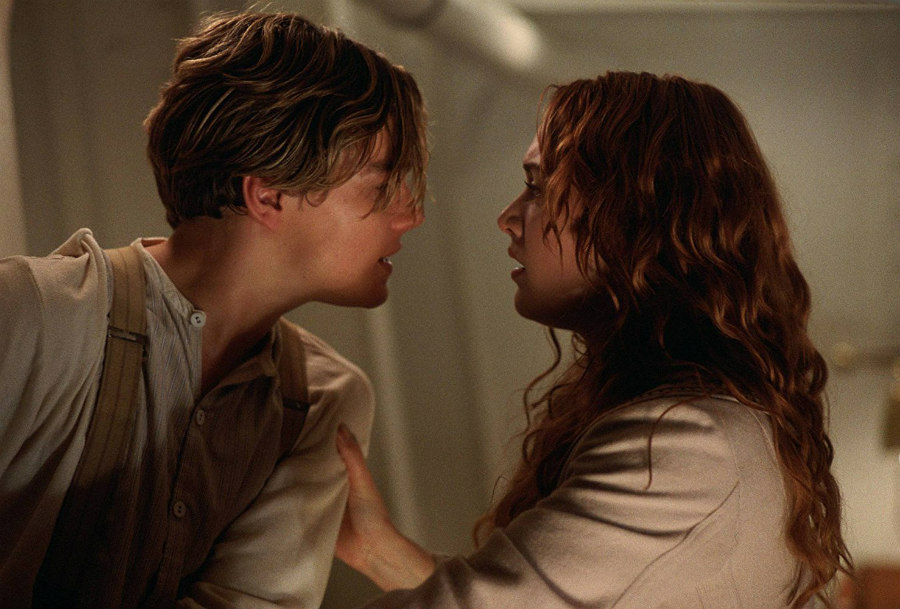 Leonardo DiCaprio as Jack and Kate Winslet as Rose in Titanic

Rose sees Jack’s artistic brilliance and Jack sees Rose as a full person with agency. While Cal buys Rose a 56-carat “heart of the ocean” necklace to express his love, Jack gives Rose to space to explore herself. When Jack paints Rose, he highlights how he sees her—and how she strongly desires to see herself. In his portrait, she’s sexy, decisive, and completely in control of her own destiny. Rose knows that Cal’s gift “was only to reflect light back onto himself, to illuminate [his] greatness,” and rejects the gesture rather than being flattered by it while Jack’s gift is wholly unselfish and rooted in her need to discover herself. Jack draws Rose, makes loves to Rose, gives Rose the freedom to just be. They hawk spit into the sea, and Rose isn’t concerned with appearances—until her mother catches them. Rose quickly regresses back to the respectable woman that her mother expects her to be—meek and voiceless.

When she’s free from Cal and Ruth’s prying eyes, she’s able to find her voice and herself. She’s not their possession; she belongs to herself. Freedom should be a bare minimum requirement for partnership, but often, women pour into others without an expectation of reciprocity. Who pours into us? Who gives us the space to grow and become who we are? Jack is that partner for Rose. While their romance is initially built to rebuke the traditions set by Cal and Ruth, Rose’s coming-of-age journey is the sharpest contrast to the “cult of womanhood” that white women were expected to perform in the 1800s and are still indoctrinated into now.

When Ruth forbids Rose from seeing Jack for the duration of the trip, she rebukes her mother because she finally has a full understanding of the true motivation behind being paired with Cal. “Rose, this is not a game! Our situation is precarious. You know the money’s gone!” she screams at her daughter. “Your father left us nothing but a legacy of bad debts hidden by a good name. And that name is the only card we have to play.” Ruth sees partnership as a way out while Rose sees Cal as another shackle. Ruth even attempts to guilt Rose, saying that if her relationship with Cal isn’t a success, she’ll be forced to work as a seamstress.

On the fateful night when the ship hits the iceberg, Ruth leaves Rose with a message that has carried the movie for 20 years and will continue for eternity. “We’re women,” she says. “Our choices are never easy.” Women are constantly navigating a unique puzzle that is both predicated on our marginalization and also reliant on our presence. When relationships fail, we’re blamed. When marriages fall apart, we’re blamed. When an engagement that was never right to begin with ends, we’re blamed. Finding the freedom to be ourselves is a constant battle. Twenty years after Titanic shook up the world, Jack drowned, and Rose was left on that plank to fend for herself and ensure her survival, women are still being forced to make tough choices. And through Rose, we’re still able to see who we can be when we’re freed from expectations and allowed to step into our womanhood. The ship’s sunk, but our journey with Rose will go on. 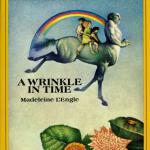