The Final Girl Is Still as White as Ever 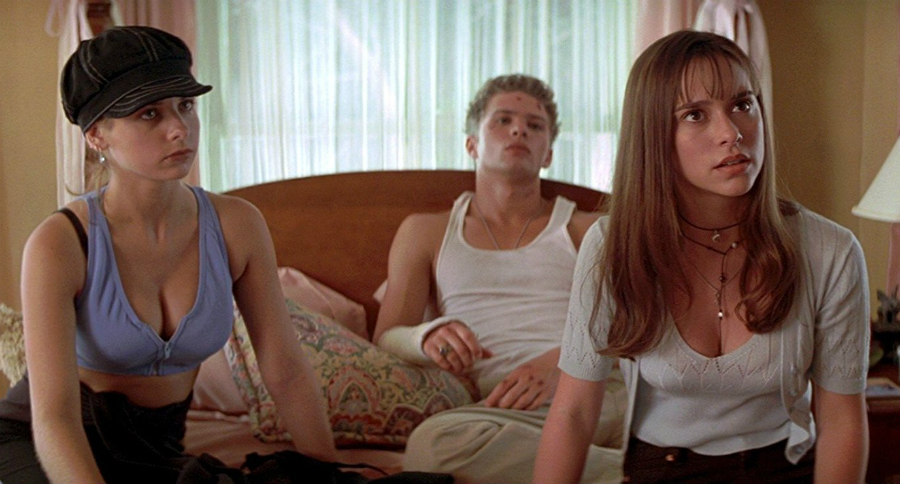 Sarah Michelle Geller as Helen, left, Ryan Phillippe as Barry, and Jennifer Love Hewitt as Julie in I Know What You Did Last Summer (Photo credit: Columbia Pictures)

Who gets to be a Final Girl? In horror movies, the Final Girl is the lone survivor, a victim that escapes the killer’s grisly reign of terror through a combination of unexpected luck and wits. Final Girls are typically portrayed as “good girls,” often the sole virgin in her group of close friends or the A-student who obeys the rules and doesn’t make waves. She isn’t necessarily a popular cheerleader or homecoming queen, but is unassuming, non-threatening, and effortlessly likeable. The audience automatically roots for the Final Girl because she symbolizes purity—good battling the forces of evil. Twenty years ago, horror films, including Scream and I Know What You Did Last Summer, revolutionized the Final Girl, introducing heroines who refused to be passive victims. Yet, they never challenged the implicit whiteness of horror films or the idealization of the Final Girl.

In 1996, Wes Craven’s Scream ushered in the new horror movie heroine. Sidney Prescott (Neve Campbell) is a white, pretty, thin teenager who watches her friends and community members get slaughtered by an elusive killer nicknamed Ghostface. Sidney is not a wild child, but she’s smart, inquisitive, unafraid to fight—and ultimately kills Ghostface. With a mixture of satire and suspense, Scream challenged and deconstructed the Final Girl formula, elevating the protagonist from a victim to a survivor. Sidney, for instance, isn’t a symbol for the preservation of moral purity: She loses her virginity to her boyfriend Billy (Skeet Ulrich), which would ordinarily mark her for death in a horror movie. Instead, she kills Billy and his accomplice, Stu (Matthew Lillard), and saves her father and Randy (Jamie Kennedy).

Strikingly, Sidney doesn’t escape through chance or luck. She takes control, stabbing Billy and later shooting him in the head to guarantee his death. Scream’s simultaneous reimagining and adherence to the Final Girl formula only applied to white heroines. Eugenie Brinkema, a contemporary literature and media professor at MIT who researches violence, sexuality, and horror, notes, “For all the radical rule-breaking and convention-slashing of the Scream franchise, the Final Girl—no longer virginal, no longer innocent in the form of Sidney—is still recognizably white.” Thanks to Scream, subsequent slasher movies, depicted the Final Girl with a degree of unprecedented agency. Much like Sidney, I Know What You Did Last Summer’s Julie James (Jennifer Love Hewitt) is conventionally pretty, white, skinny, and a model student. Unlike other Final Girls, Julie’s once pristine academic record slips after she and her friends run over a man, dump his body in the sea, and vow to conceal their crime at all costs. One year later, Julie receives an unsigned note that reads, “I know what you did last summer.”

True to Final Girl formula, Julie plays detective to figure out who sent the letter. As the killer stalks her friends, Julie sets herself apart with her quick thinking. A Final Girl can smash certain stereotypes, but she can never reinvent the trope. If Laurie Strode (Jamie Lee Curtis) from Halloween is the original Final Girl, then Scream and I Know What You Did Last Summer further perpetuated the idea that a Final Girl’s whiteness is unchangeable. Since the Final Girl is meant to be the lens through which the audience filters the film’s events, the “horror” of the movie is based upon the fact that whiteness (specifically white women) are in danger. Juxtaposed against the sinister Michael Myers, Strode is the film’s moral compass, an innocent target caught in the rage of a silent menace. Laurie fights back, but is ultimately saved by Dr. Loomis (Donald Pleasence). Sidney, on the other hand, is not a passive character.

“Since the days of Sidney Prescott, Final Girls have become more proactive than reactive,” Stacie Ponder, owner of the horror blog Final Girl, said. “They no longer simply survive out of sheer desperation, they often fight back by fighting first.” Although they appear different, Sidney and Laurie continue the notion that the Final Girl’s whiteness is a symbol of her morality. The audience roots for the Final Girl because her predetermined identity automatically elevates her above her peers. She is the only character who can outsmart and outrun the killer. Her whiteness gives her the privilege of survival. Her strong sense of duty to the truth coincides with her need for justice, even if that means enduring emotional labor or self-inflicted wounds.

The Final Girl’s whiteness offers her a chance at survival, a privilege that is very rarely a possibility for non-white characters. In its opening scene, Scream 2 comments on this pattern only to continue abiding by it. At a movie theater, Maureen Evans (Jada Pinkett Smith) criticizes a preview of a new slasher movie, summarizing it as “some dumb-ass white movie about some dumb-ass white girls getting their white asses cut the fuck up.” Seconds later, Evans becomes the first victim of the new Ghostface. Similarly, in I Still Know What You Did Last Summer, Julie goes on a vacation from hell with her best friend, Karla Wilson (Brandy Norwood). Karla survives, notably breaking horror movie tradition, but it’s clear that Julie is the true Final Girl. The film never bequeaths this title to Karla, even though she beats the odds.

“Scream points out that horror historically excludes Black women as anything other than random victims—and yet it does the same thing,” Brinkema says. “It just does so knowingly. But that doesn’t mean that we’ve completely revolutionized the figure of the Final Girl.” Scream breathed new life into a genre that seemed bound to repeat itself. It mocked the predictability of its paint-by-numbers plots and the established cast of characters. She may be a fighter, but she doesn’t deviate from the unspoken demands of a Final Girl. She doesn’t have to practice chastity and she doesn’t have to be the Prom Queen, but her whiteness is not just expected, it’s implied. Scream changed the rules but in the end, the game is still the same. As Brinkema points out, “The would-be-victim who turns the tables on the killer, even in 2017, even with all these revisions to the Final Girl trope, is still bound by conventions. Just new, different ones.”

The Final Girl, in all of her past and current iterations, can be anyone she wants to be, as long as she’s white.

Vanessa Willoughby is a writer and editor. Her bylines include but are not limited to Allure, BookPage, Hello Giggles, Vice, The Toast, and Bitch. She enjoys dissecting pop culture and hopes to one day publish a book.