Is “Twenties” Really a Win for Black Queer Representation? 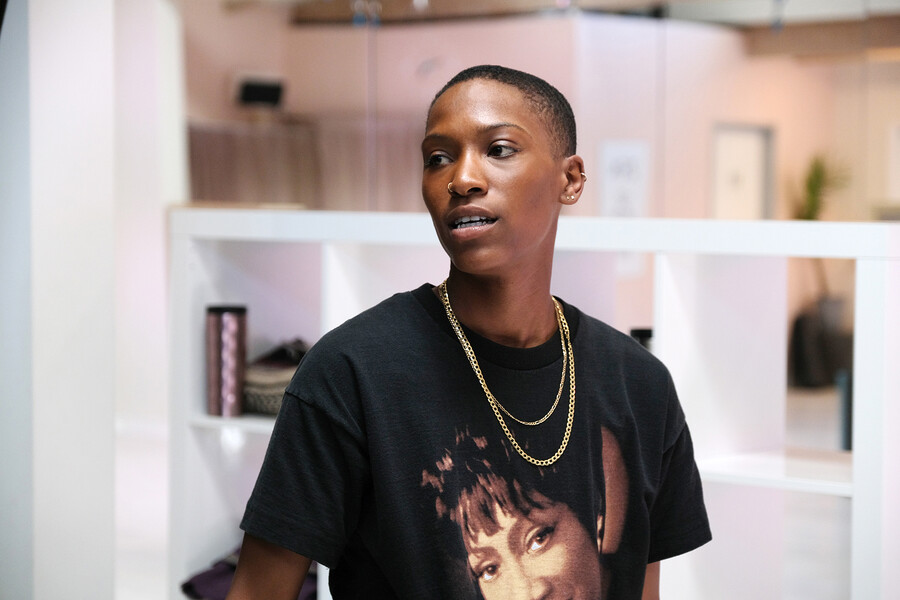 Lena Waithe’s career has skyrocketed since 2017, when she earned an Emmy for writing the “Thanksgiving” episode of Master of None. While it may seem as if Waithe’s an overnight success, she has crawled her way up through the industry, from starting as an assistant to the executive producer of Girlfriends to now being the first Black, openly queer woman to win a comedy-writing Emmy and be the producer at the helm of several concurrently running shows, including Showtime’s The Chi and BET’s Boomerang reboot. Waithe has also become somewhat of a queer icon, praised for contributing to the pantheon of Black queer representation. Representation, however, doesn’t always equate to particularly good cultural production, as evidenced by the controversy that’s recently been swirling around Waithe.

Queen & Slim, Waithe’s first feature-length film, hit theaters in 2019, and almost immediately received polarizing responses from Black critics. Though the film, directed by Melina Matsoukas and costarring Jodie Turner-Smith and Daniel Kaluuya, received acclaim on Rotten Tomatoes, critics dubbed it beautiful but hollow, with journalist Hannah Giorgis praising the film more for its soundtrack than its content. This criticism came amid accusations that Waithe helped cover up actor Jason Mitchell’s pattern of sexual misconduct against his fellow cast members on The Chi. And since Queen & Slim’s release, Waithe has become a lightning rod of controversy, from ending a two-month marriage to her long-term girlfriend Alana Mayo to being accused of plagiarizing her upcoming web series Girls Room. At this point, we’re asked to either love Waithe or not, with little focus paid to the TV shows she’s behind.

But amid all of this, Waithe has seemingly returned to her roots by releasing her half-hour comedy Twenties on BET. Waithe’s been on a long, winding six-year road to get Twenties on the air: In 2014, she uploaded a pilot presentation of Twenties on YouTube and then she decided to release four parts of the show’s working pilot online. BET purchased Twenties in 2014, thanks in part to an increase in queer representation on television, but the series moved to TBS before eventually returning to BET and receiving a full series order. Billed as the first comedy to center around a Black masculine lesbian, Twenties follows the misadventures of Hattie (Jonica “Jojo” Gibbs), Marie (Christina Elmore), and Nia (Gabrielle Graham), three Black friends in their 20s, as they navigate their complicated personal and professional lives in Los Angeles.

Arguably, the show’s biggest feat is that Hattie is a Black queer woman—loosely based on Waithe herself—and that it’s the first TV show on BET to center around a queer protagonist. (This is especially crucial because BET has long had a contentious relationship with the LGBTQ community, which includes being homophobic toward blogger B. Scott at the 2013 BET Awards and excluding the cast of Pose from BET’s 2019 Black Girls Rock ceremony.) Onscreen, there has been an uptick in Black queer representation, even if it isn’t all necessarily nuanced. Lee Daniels’s Empire (FOX), Spike Lee’s She’s Gotta Have It reboot (Netflix), Justin Simien’s Dear White People (Netflix), and Craig Wright’s Greenleaf (OWN) have all featured Black queer characters in a multiplicity of ways. While these shows feature a variety of genders exploring their queerness, none of them center on a masculine-presenting Black queer woman, an obvious dearth that Waithe decided to fill.

While that premise is full of promise and Twenties has been hailed as a progressive feat, the show ultimately eschews multidimensional queer dynamics and rests solely on its queer optics. Though Hattie is the show’s protagonist, she’s still reduced to being the token gay friend, a trope that has long plagued sitcoms. Hattie’s the only queer person in her core friendship group; her friends joke about Hattie being in love with them and even her mother makes comments about Hattie “scissoring” her sexual partners, something she learned about from watching lesbian pornography. Furthermore, Hattie, as the show’s singular queer character, never has any healthy relationships with romantic partners: Throughout the series, Hattie’s in an unhealthy “situationship” with Lorraine (Sheria Irving), a fellow Black woman who doesn’t believe in labels and therefore never explicitly states that she’s queer. Lorraine keeps Hattie at arm’s length, only communicating with her when she wants to be satisfied sexually, leading Marie and Nia to believe that Lorraine is using Hattie.

It’s astounding that Hattie doesn’t appear to have any queer friends, especially since TV shows, including Pose and The L-Word: Generation Q, are full of representations of queer relationality outside of love and romance. Twenties almost offers a corrective to this by chronicling a budding friendship between Hattie and Idina (Shylo Shaner), a barista at the local coffee shop that Hattie frequents. Though their friendship could be platonic—a good sounding board for Hattie as she encounters her fair share of troubles—Idina becomes offended when Hattie offers that it would be nice to have a queer friend to relate to. Idina sees their friendship as more than that and suggests that Hattie doesn’t want to date her because they’re both masculine-presenting women. Idina launches into a, quite frankly, bizarre speech about how she likes women, all kinds of women, despite their gender presentation. While it’s certainly meant to be an inspiring (though didactic and condescending) monologue, it could’ve been a good opportunity to show Hattie building community with another queer woman.

Twenties doesn’t give credence to the ways that queer relationality exists outside the confines of sex and love.

Hattie has the right to not have romantic or sexual feelings for Idina, but rather than respecting that boundary, Idina attempts to shame her. Their relationship sours as a result, which further deteriorates Hattie’s relations to other queer women. As an aspiring screenwriter, Hattie believes her dream is in reach when she scores a job as an assistant for Ida B. (Sophina Brown), a Black woman television executive. However, their relationship is rife with questionable power dynamics that are never addressed because Hattie’s queer. Marie warns Hattie that Ida B. has a tendency to get close to her Black women employees before dropping them like hotcakes—and that’s exactly what happens to Hattie. Hattie and Ida B. become close and then Ida B. fires her. Somehow, though, the season still ends with them sharing a kiss.

Hattie and Nia both defend bisexuality, though Marie reminds Nia that she says she would never date a bisexual man. “That’s a personal choice. That doesn’t mean I don’t believe in bisexuality,” Nia retorts. This conversation continues an issue Rachel Charlene Lewis highlighted in a recent article for this site about Black men being left out of pop culture’s bisexual boom. Lewis writes, “Given the structural and social lack of support faced by Black bisexual men, it’s not just ignorant but shortsighted, to expect Black bisexual men to owe people anything about themselves.” It doesn’t even matter that Chuck has never confirmed that he’s queer; Marie has already made determinations about his sexuality, which are tainting their relationship.

And in the end, Hattie’s closest friends are two biphobic women, leading one to wonder exactly why. All in all, Twenties strives to be a new frontier in representation for Black women on television. While it’s inspiring to see a masculine-presenting lesbian lead a show, representation alone is insufficient. Twenties doesn’t give credence to the ways that queer relationality exists outside the confines of sex and love or the fact that bisexuality is a valid and existing sexuality. Unexamined power dynamics don’t get a pass simply because they’re between women. In these and other respects, Twenties isn’t as progressive as its creator would have us believe.

Read this Next: “Love Is Blind” Shows There’s No Bisexual Boom for Black Men 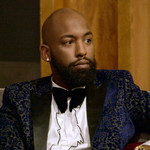 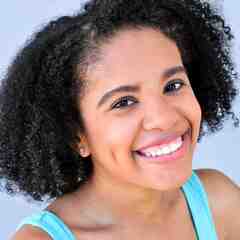 Jordan is a writer and scholar, based in the DC-area.