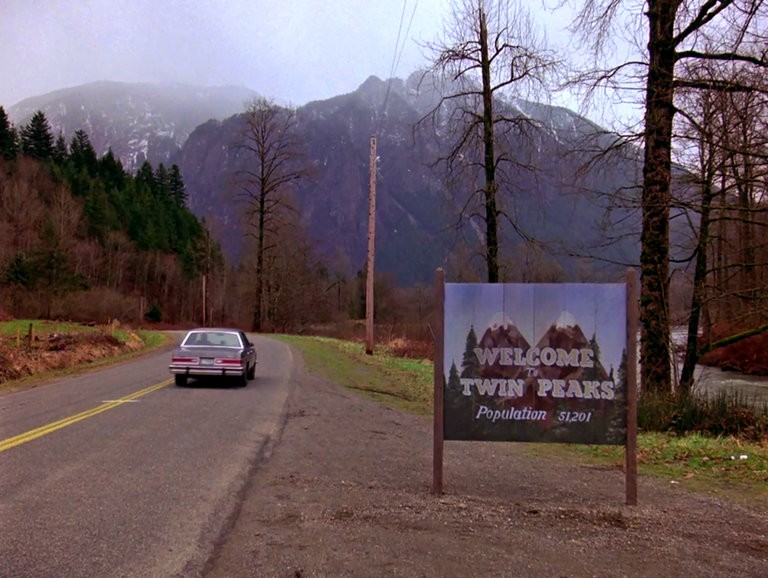 In 1990, David Lynch’s iconic television series Twin Peaks premiered and viewers were plunged into the surreal dream world that Lynch inhabits. Imagery from the series like the Twin Peaks welcome sign; the waitress uniforms at the Double R Diner; or the black, white, and red motif of the Red Room have become iconic; and though answered, the question of who killed Laura Palmer only leads to more unanswered questions about the evil that surrounds the sleepy Northwestern town. The ABC series was a precursor to uncanny long-arc mystery-drama television series like Lost, and after inspiring decades of television, the original series is back for an all-new third season—two decades after its last installment

Spoilers for seasons one and two of Twin Peaks below.

This is the central mystery of Twin Peaks. Laura Palmer is the homecoming queen of Twin Peaks, Washington, who is found dead and washed ashore in the first episode of the series. Laura’s best friend Donna and secret boyfriend James try to understand what happened to Laura and realize that she was living a dangerous double life replete with drugs and sex. FBI Special Agent Dale Cooper comes to Twin Peaks to investigate the crime and its similarities to other crimes in the area. Agent Cooper ends up staying in the small town longer than he expected, following clues to an alternate plane of reality called the Black Lodge and a demon named Bob. Bob feeds on fear and pleasure and possesses humans to commit murder and other crimes. While possessing the body of Laura’s father, Leland Palmer, Bob killed Laura.

Even though that sounds like a hell of a twisty plot, it’s really only the tip of the Lynchian iceberg. Twin Peaks is the home of a centuries-old evil entity that the Bookhouse Boys, a secret society formed to combat the darkness surrounding the town, have sworn to fight against. Writer and director David Lynch packs the series with the theme that his work most often explores: the horrors that lie underneath the mundane and quotidian.

For more details about the first two seasons, check out the AV Club and the New York Times recaps.

No one knows! David Lynch wrote and directed all 18 episodes of the new season, so expect the wildest ride you can imagine.

Twenty-five years have passed between season two and season three. When we last saw Special Agent Cooper, he was bashing his head against a mirror, and the image reflected back at him was the demon Bob. There are two popular interpretations of what that could mean: Bob has possessed Agent Cooper, or the Agent Cooper we see in the last moments of the finale isn’t Cooper at all but an evil doppelgänger from the Black Lodge.

Promotional posters for the new season read “It is happening again,” and Laura Palmer herself told Agent Cooper that they would see each other again in twenty-five years in the finale of season two. Best (most obvious) guess: Bob or another demon from the Black Lodge is killing teenagers in Twin Peaks again, and Agent Cooper (aided by visions of Laura Palmer) is back on the case.

Who will be there?

The new season premieres Sunday, May 21 on Showtime. I’ve heard rumors that the first four hours of the season will drop at once, so get ready. If you have a Hulu or Amazon Prime subscription, you can get Showtime through those platforms.

I’ll be keeping tabs on Twin Peaks this season—let me know below if there’s something in particular you’d like to see us explore. Meanwhile, remember: The owls are not what they seem. 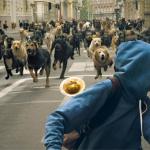 by Megan Kearns
In eerie and thrilling film White God, a lonely girl and hundreds of dogs take over the streets of Budapest.