What Happened to the Women of Twin Peaks?“Twin Peaks” Is Aging Against the Machine 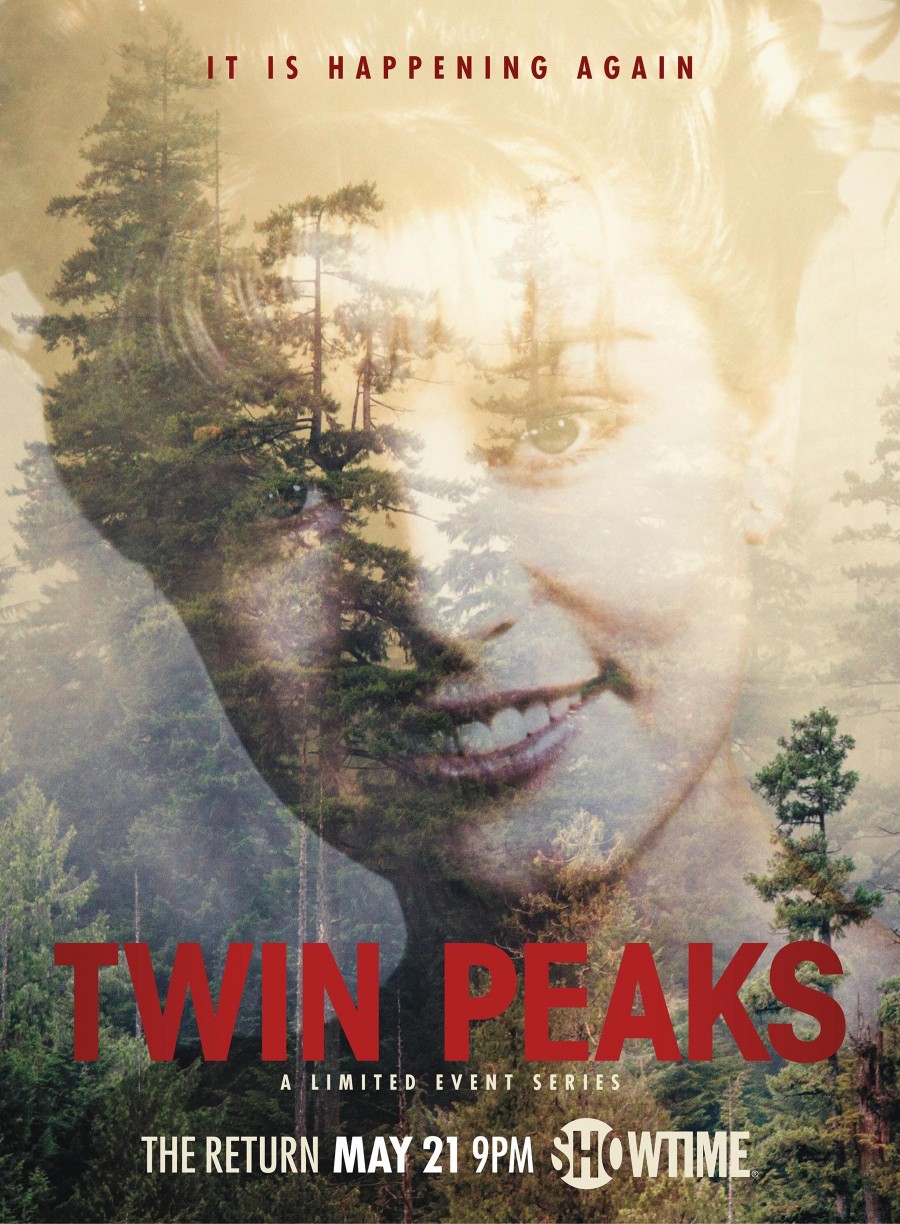 As a Twin Peaks fan since the nineties, my initial thrill after the revival was announced quickly gave way to concern. Would the show follow in the vein of other reboots like Beverly Hills 90210 or Degrassi: The Next Generation and focus on an entirely new crop of young characters instead of catching up with the ones we knew and loved? And worse, would those old favorites be stripped of their dimensions and marginalized as crude stereotypes? But to my delight and surprise, Twin Peaks: The Return smashed an unofficial casting paradigm for women (last fuckable day, anyone?) and gave us back favorites who have aged along with the rest of us in the 27 years since the show’s debut.

From The RR Diner’s Shelly Johnson (Madchen Amick, 46) and Norma Jennings (Peggy Lipton, 71) to Audrey Horne (Sherilyn Fenn, 52) and Nadine Hurley (Wendy Robie, 63), The Return’s older women are complicated, still beautiful, and many are sexually active, in roles that are far more than just set dressing for younger and newer cast members. It’s difficult to find multifaceted representations of older people on television, and rarer still to find aging women in meaty roles that move beyond cliché and nostalgia. Many of The Return’s women have been fan favorites for decades, and instead of simply capitalizing  on reminiscing  with a few cameos, David Lynch has moved their stories forward. (Well, sort of. After the finale, quite a lot is up for debate.)

It’s incredible that even though Laura Palmer (Sheryl Lee, 50) is forever young in her homecoming photo—and still the haunting face of the show—in the Red Room she has aged in real time. And depending on your perception of the ending, Laura remained the thread that holds all three seasons of Twin Peaks together, from dead and wrapped in plastic to an embodiment of a possible kind of survival and redemption. 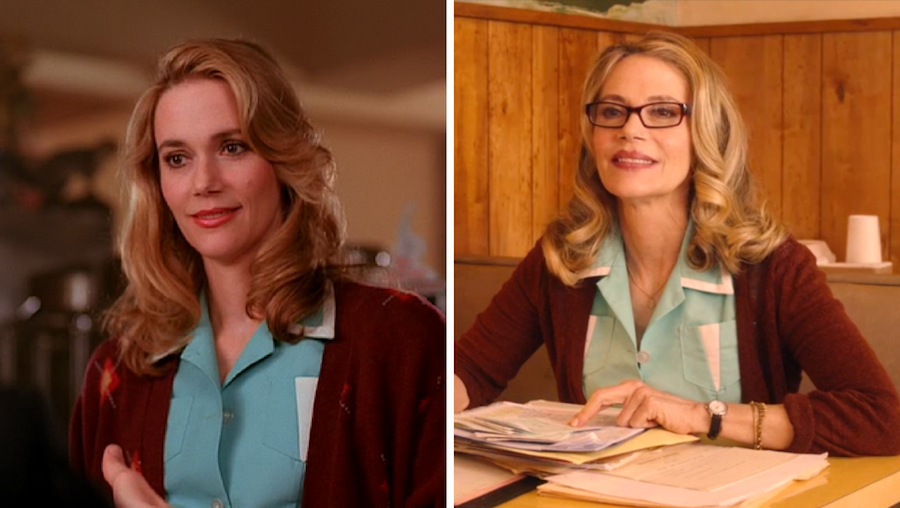 Norma Jennings has franchised her diner and is the official face of the booming business. Norma is so iconic her manager proposes re-branding The RR as “Norma’s RR Diner.” A 71-year-old woman as the public figurehead for a company that doesn’t involve pharmaceuticals or other aging-related campaigns? Even in the real world, hers is a rare story.

Norma also gets the elusive—especially in Lynch’s world—happy ending: After being in love with Ed Hurley (Everett McGill, 71) for decades, she’s finally free to be with him as they always wished. True love is not the exclusive territory of the young. 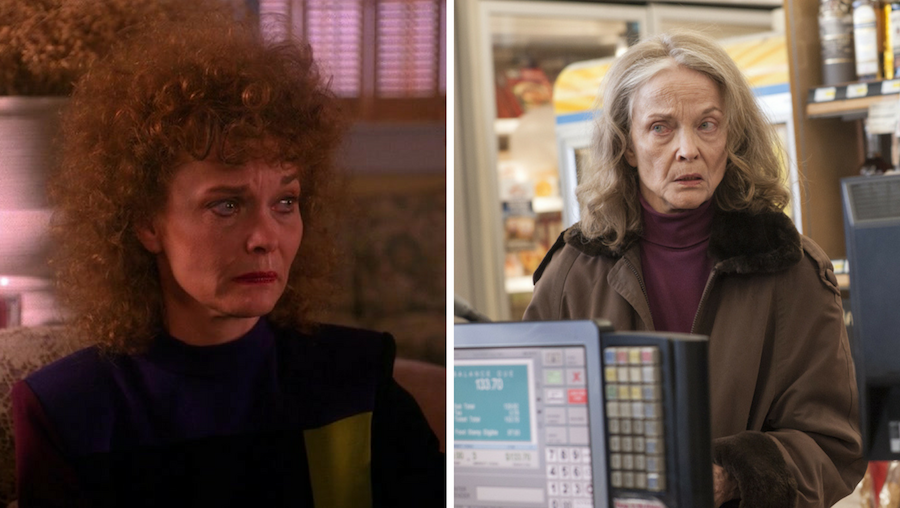 Arguably one of the more tragic faces of Twin Peaks, Sarah Palmer (Grace Zabriskie, 76) remains in the home where her husband sexually abused their daughter Laura and murdered their niece, Maddy. She’s an alcoholic chainsmoker whose face reflects oceans of inner pain that have only grown deeper over the decades since we last saw her.

But she’s no slouch. Sarah’s epic takedown of the man sexually and verbally harassing her in a bar is easily one of the most powerful things I’ve seen on television: An older woman sipping her Bloody Mary is set upon by an unrelenting man. She warns him. He persists. She literally takes her face off to reveal a…something living inside her and tears out her harasser’s throat. #DoYouReallyWantToFuckWithThis? In reality, older women are particularly vulnerable to harassment and abuse,  and seeing Sarah fight back in such a dramatic way was more empowering than all Game of Thrones’s female fighters put together. 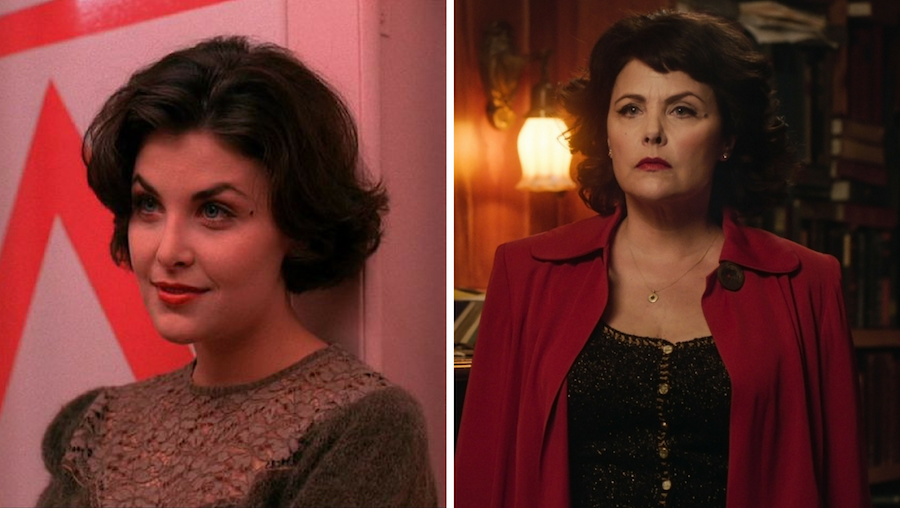 When we last saw Audrey, she had chained herself to a bank vault to protest her father’s development plans. And The Return did not offer any straightforward answers about where she’s been or even where she is now, other than the fact that she was possibly raped while in a coma and her twentysomething son is a violent psychopath. However, Audrey’s self-reflexive dance at The Roadhouse was another dreamy moment for older women on screen. You don’t have to be young to be beautiful, sensual, and magnetic. She is also a character who only appeared in 4 of 18 parts, and yet her absence was so deeply felt it was as if she were present by proxy. 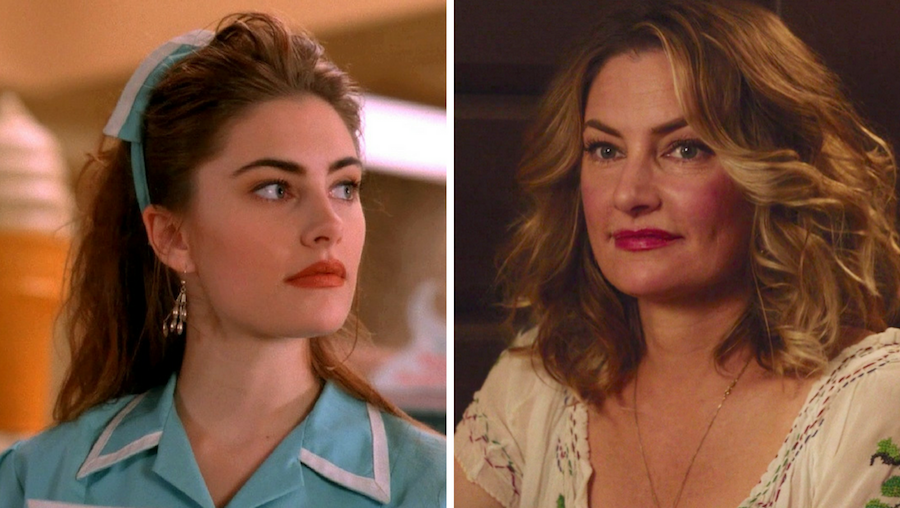 Shelly still works at The RR and still has a thing  for bad boys, which she’s unfortunately passed on to her daughter. But she and former flame Bobby Briggs (Dana Ashbrook, 50) are on good terms, and Shelly’s smile is still one of the more radiant things to come out of Twin Peaks. When we last saw Shelly, she was entrenched in an abusive marriage, and there is nothing quite as satisfying as seeing a domestic-violence survivor ultimately happy and thriving decades later. 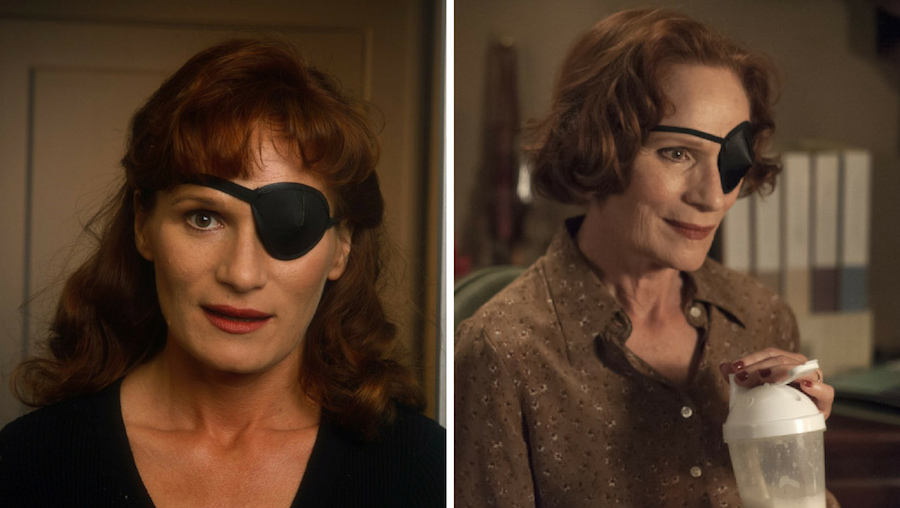 As the interloper preventing the epic romance between Norma and Big Ed, Nadine has gone her own way in life in spite of remaining married to Ed. She finally developed her perfectly silent drape runners and now owns her own business. Her new obsession is sitting in her quiet storefront listening to the evangelizing of Dr. Jacoby (Russ Tamblyn, 82) who is helping people dig themselves out of their metaphorical shit with gold-painted shovels. It’s through Dr. Jacoby’s podcast that Nadine finally finds the inner strength to let her husband go and be with the woman he’s always loved. 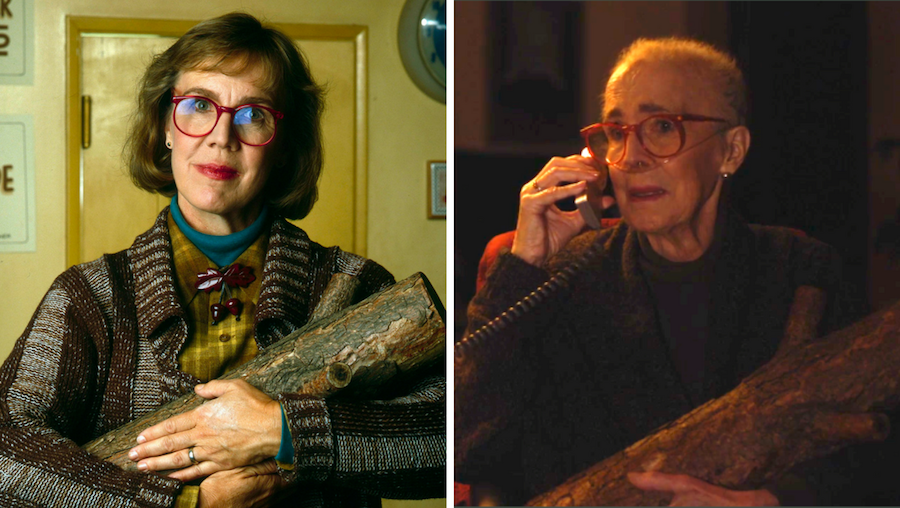 From the first time we saw her flipping light switches at a Twin Peaks Town Hall meeting, Margaret Lanterman (Catherine Coulson, RIP at 72) has been one of the quirkiest denizens of an already eccentric little town. Her pronouncements from the introductions to season one and season two in many ways became a thoughtful, almost predictive map of The Return’s themes.

The heartbreaking end to The Log Lady’s storyline was one of the most beautiful, respectful, and touching send-offs to a character it’s ever been my wistful pleasure to witness. That Coulson was actually dying of cancer as she filmed her scenes give her performance a moving poignancy.

It’s worth noting that the majority of the young characters in The Return are not presented in the cult-of-youth manner so common on TV these days. Lynch’s youngsters are drug-addicted, dirty, diseased, and a stark counterpoint to the functional older cast members. The young people in The Return highlight just how far the generation gap has grown in the beloved town of Twin Peaks. And while the older women’s lives are far from perfect, with trajectories that often didn’t go as either they or we imagined, it is still refreshing to see their messiness on display. Lynch and cocreator Mark Frost made a point of honoring these women we have loved for so long; raising them to new-goddess status through the course of The Return’s 18 hours. There is so much that’s unprecedented about The Return in terms of production, writing, Brechtian pacing and theatrical distanciation methods, and more. But in particular, elevating these older women during the course of the show sets a new feminist standard that all television (and film) should work to emulate. Next step: more diversity among our older ladies on screen.