On TV, the Only Good Girl Is a Dead Girl | Bitch Media

She’s Dead, Wrapped In PlasticOn TV, the Only Good Girl Is a Dead Girl 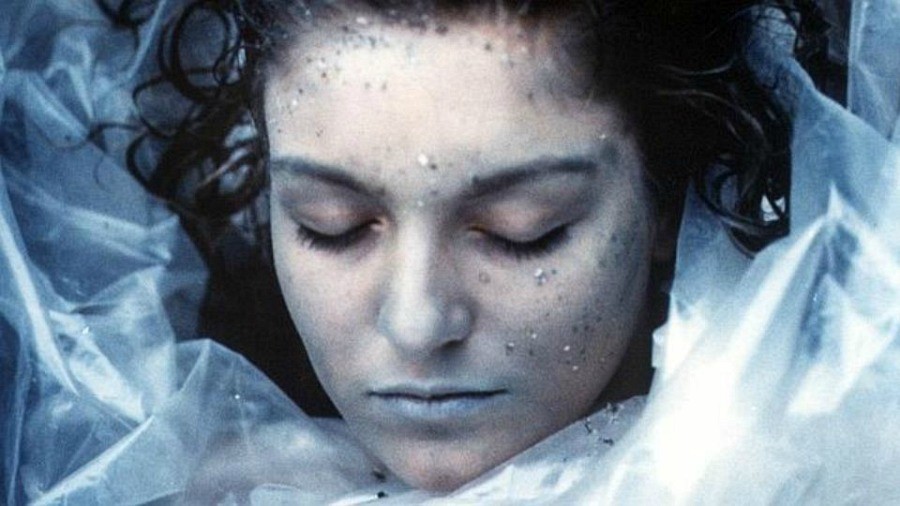 Since 1990, dozens of women, including Lilly Kane (Veronica Mars), Rosie Larsen (The Killing), Dora Lange (True Detective), Alice Monroe (The Fall), Hannah Baker (13 Reasons Why), and hundreds of victims on various Law and Orders have died in our living rooms. What is it about dead girls that draws so many people in? The girl’s salacious secret life is inevitably exposed, usually through the perspective of the boys and men—and sometimes female friends—who knew and loved her. It happens so often that it seems routine: The Killing, Veronica Mars, 13 Reasons Why, and a litany of Lifetime movies all follow the same pattern. All of the revealed information about the dead girl makes us secretly wonder: Did she get what she had coming? Did her “bad” choices play a part in her death?

In Twin Peaks, homecoming queen Laura Palmer (Sheryl Lee) is the darling of a Pacific Northwest logging town, the quintessential “good girl”—beautiful, with a high-watt smile and a passion for volunteering. But her death unspools her secrets: She’s used cocaine, prostituted at a casino, cheated on her boyfriend, and kept a juicy diary. A similar script unfolds in The Killing: Rosie Larsen (Katie Findlay), a beloved daughter and aspiring filmmaker, has sketchy friends with rape fetishes, a rumored older lover, and a profile on an escort website. There’s also Lilly Kane (Amanda Seyfried), a teenager on Veronica Mars who had an affair with her boyfriend’s father, and is found bludgeoned to death. 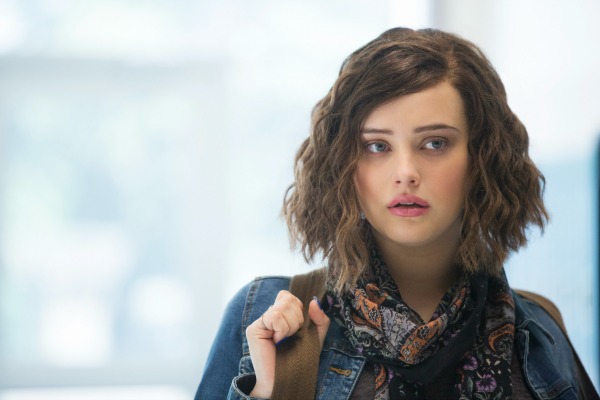 A dusting of river sediment reflected like glitter on her blood-drained face, making her appear ethereal. I was 11-years-old, and my mom and I were cleaning our dinner dishes when we heard the melancholy theme song usher in the premiere of Twin Peaks. We left the clutter in the sink and dove into the mystery of how and why the fictional town’s sweetheart met her untimely demise.

Friends are always eager to tell me about shows, including True Detective, The Bridge, and The Fall, that revolve around the death of young women because they know I can’t resist a grab-the-popcorn binge watch. I’m not alone in my fixation on these shows: Twenty-seven years later, Twin Peaks has returned to TV, with Palmer’s haunting presence still running through it. Though she’s no longer the show’s focus, the original Twin Peaks is responsible for igniting our obsession with dead girls.

Most recently, we met Hannah Baker (Katherine Langford) through a series of recorded tapes and flashbacks in 13 Reasons Why. Hannah commits suicide after a vicious rumor leads to her being bullied, groped, and even raped. The show ostensibly flips the dead girl script by giving Hannah a voice after her death, but she has no control over the narrative, and the storyline still perpetuates a familiar double standard: Hannah was a “good girl,” but her reputation is tarnished after a rumor spreads about her going to “third base.” Laura Palmer, Rosie Larsen, Lilly Kane, Hannah Baker, and other fictional dead gals all crave something more than being pigeonholed into good-girl roles. In order to be their authentic selves, they are forced to live double lives—and pay for their misguided choices by dying. 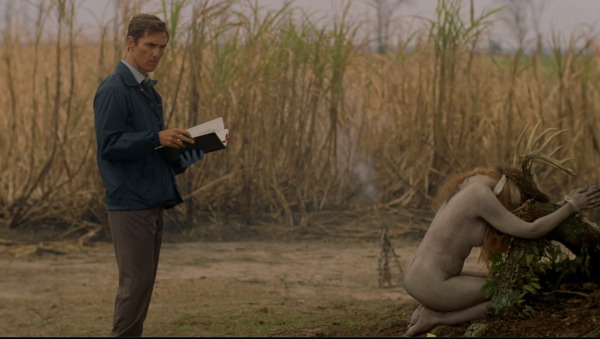 It’s a horrible lesson that illustrates girls’ burdens, often showing that rape, childhood sexual abuse, and harassment must be shouldered silently and alone. Even when they’ve been victimized, it’s their fault because they’ve “acted out,” whether with drinking, behaving “inappropriately,” or wearing the “wrong” thing. The threat is loud and clear: You’ll be pure, or you’ll be punished. Whether the plot involves a prostitute or a homecoming queen, their deaths maintain the age-old double standard that girls are supposed to be innocent—not pleasure-seeking, risk-taking, or wild.

The “dead girl trope” perpetuates the myth that girls must be pure to be valued, and confirms that death is the price paid for rebellion.

Girls on TV should be able to explore their sexuality, seek pleasure, blow off steam, and cope with difficult circumstances without getting slaughtered or taking their own lives—just as male characters have always been afforded the chance to do. For example, Ryan Atwood (Ben McKenzie) on The O.C. jacks a car with his brother, but then his public defender, Sandy Cohen (Peter Gallagher), takes him in where he turns his life around. His love interest Marissa Cooper (Mischa Barton), meanwhile, spirals out of control, and her association with a bad boy gets her killed. Before Ryan, there was ne’er-do-well Jess Mariano (Milo Ventimiglia), who wreaked havoc on the fictional residents of Stars Hollow in Gilmore Girls. In the end, Jess got his life on track through his relationship with Rory Gilmore (Alexis Bledel). Mad Men’s Don Draper (Jon Hamm) and Sons of Anarchy’s Jax Teller (Charlie Hunnam) never had to hide their caddish ways because our society still champions the idea that “boys will be boys.”

Like much of TV, the dead girl trope is also incredibly whitewashed. 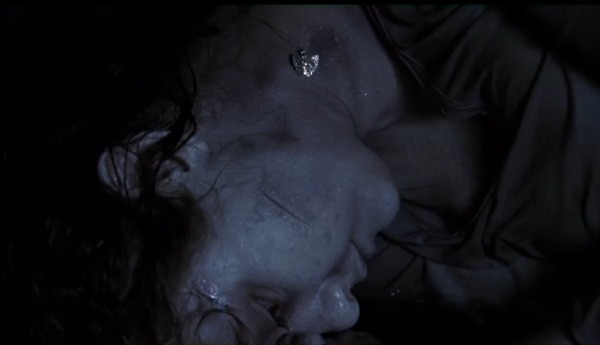 Rarely, if ever, does a show revolve around solving the death of a woman of color, which perpetuates the awful idea that they’re disposable. The Bridge pushes for awareness about dead girls of color by directly focusing on the missing and murdered girls of Juárez, Mexico. We see Juárez families grieving and fighting against a broken system, but we don’t see framed homecoming queen photos, flashbacks of school dances, or anything that portrays the victim as a “good girl.”

White victims, like Laura Palmer and Lilly Kane, are humanized while victims of color are sadly forgettable—and that’s a problem mirrored in how victims of color are treated in media. Ask yourself this: Who was the girl who went missing on a class trip to Aruba? Now, name one victim of the Highway of Tears murders. We know Natalee Holloway because she was last seen dancing and drinking at a bar. That information was juxtaposed with the pearl-adorned blonde beauty’s senior portrait flashed all over the media. It was a real-life, good-girl-gone-bad Laura Palmer mystery.

Twin Peaks will always be my all-time favorite show. The setting, the hypnotic Angelo Badalamenti score, the oddball characters, and the hairpin turns that creators Mark Frost and David Lynch take combine for the perfect package. Many shows, including The Killing, Top of the Lake, Veronica Mars, and True Detective, have tried to emulate its success, but also have the same pitfalls for rebellious girls. It’s time to kill the dead girl trope in favor of something we can all get behind: female characters who live to tell about their imperfections. 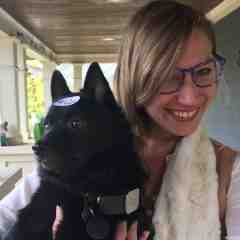 Jennifer Chesak is a Nashville-based freelance book editor and writing instructor. She’s also an adventure travel and health writer for several national publications. She earned her Master of Science in journalism from Northwestern’s Medill and is working on her first fiction novel, set in her native state of North Dakota.