Academia Is Even Darker than We Thought 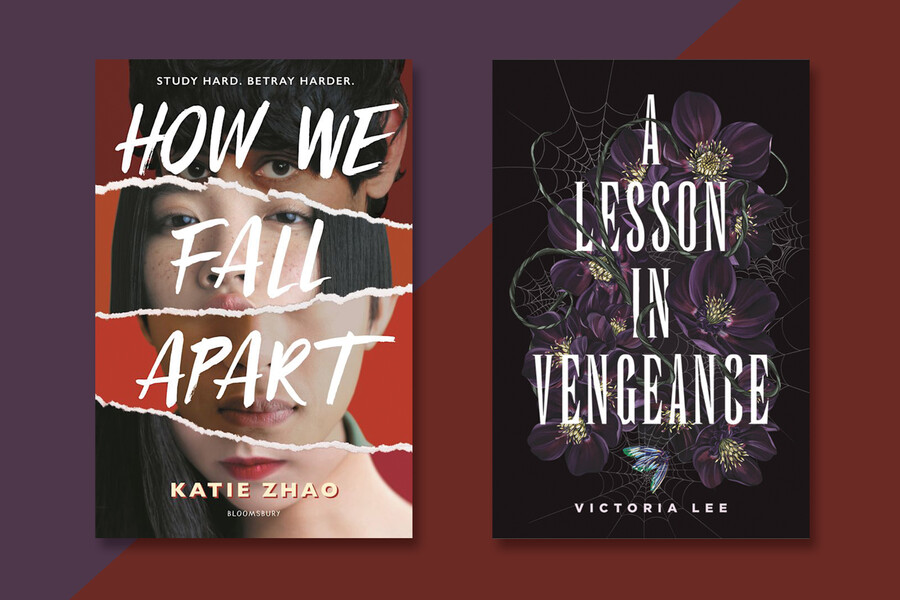 How We Fall Apart by Katie Zhao and A Lesson in Vengeance by Victoria Lee (Photo credit: Bloomsbury and Penguin Random House)

Dark academia is all over TikTok. Donna Tartt’s 1992 novel, The Secret History, is often credited with starting dark academia as a literary subgenre, which aptly explores the dark side of academic study and the institutions and environments that push students beyond their limits. Why is dark academia so widely appealing? Since they’re focused on school, most dark academia books are young adult or adult books set in high school or college. This makes sense, given that around 58 percent of Gen Z-ers feel depressed or sad as a result of stress, and students attending high-achieving schools are at an increased risk of experiencing behavioral and mental health issues due to the pressure they’re under. Even those of us who are no longer young adults still sometimes feel the need to chase achievements, whether we act on it or not. That universal obsession with achievement makes dark academia popular, exacerbated by the pandemic and a feeling of uncertainty about when formal, in-person education will resume.

How We Fall Apart by Katie Zhao, published on August 17, focuses on how the environment of a high-achieving private school—Richard Sinclair Preparatory School—impacts a group of Asian American friends, namely protagonist Nancy Luo, who has always strived to top her frenemy Jamie Ruan’s academic achievements. When Jamie turns up dead, Nancy and her friends Krystal, Akil, and Alexander are publicly accused of murder by an anonymous source known as the Proctor and who seems to know all their secrets, especially the illegal and unethical things they have done to get and stay ahead. Nancy, a somewhat unreliable narrator, wonders whether the Proctor knows about what she and her friends refer to as the Incident, which took place during their freshman year. Nancy has an overwhelming desire to maintain her image, so even when we’re inside her thoughts, she still refuses to think about the actions she’s taken to get where she is—and the consequences of those actions.

Felicity Morrow, the protagonist in Victoria Lee’s A Lesson in Vengeance, published on August 3, is a similarly unreliable narrator. She’s returned to Dalloway School, an elite boarding school in the Catskill Mountains, after taking some time off to grieve her girlfriend Alex’s tragic death. Unlike Nancy, Felicity can no longer pretend to cling to the narrow status of perfection because her former friends and social circles have shunned her. Upon returning to school, Felicity wants nothing more than to put the trauma of the previous year behind her and focus on her thesis. But new student and prodigy novelist Ellis Haley, who’s living in Alex’s old room, pulls Felicity in with a request to help her research the Dalloway Five, five girls rumored to be witches who died in mysterious circumstances on the grounds of their dormitory. Though Felicity knows that delving too deep into the Dalloway Five might be the reason why Alex is dead, she can’t resist.

Both Nancy and Felicity are passionate, dedicated protagonists, though they’re motivated by different life circumstances. While Felicity comes from a wealthy background but had absent parents, Nancy knows just how hard her mother, an immigrant and a maid, has had to work to obtain what little they have. Nancy’s world is populated by people just like Felicity, who have the money to bury secrets and buy their way into achievements, while she can’t show even a crack in her exterior lest it be exploited by her so-called friend Jamie. Felicity, unlike many other students at Dalloway, isn’t motivated by her external image or by a need to be the top student. Instead, she’s drawn to the darkness of academia, the obsession, because of her own internal fixation on being perfect. It’s this obsession with perfection that claws at both Felicity and Nancy toward the dark and threatens to never let them go. “The characters are undoubtedly passionate about their fields [whether it’s literature for Felicity, writing for Ellis, or sport climbing for Alex], and in various ways, they have to grapple with the distinction between loving something a lot and loving something too much,” Lee, the author of A Lesson in Vengeance, tells Bitch. “That’s an even harder line to tread if you’re already dealing with mental health issues.”

Both books deal with the particular impact these environments have on marginalized students. Most of the characters in A Lesson in Vengeance are queer women and nonbinary people and Felicity also has a mental illness, while most the characters in How We Fall Apart are Asian American. Both novels take a hard look at the oppression that these characters face because of their gender, sexuality, and race, as well as privileges they might have, especially around class. In How We Fall Apart, Zhao explores the pressures put on high-achieving Asian American students by both their parents’ and society’s expectations. “There is a harmful stereotype, called the model minority myth, which paints Asian Americans as studious, high-achieving, perfect in every way,” Zhao tells Bitch. “This myth not only is used to harm other marginalized groups, but it also harms Asian Americans, because we are not a monolith. When I was young, I thought I had to have perfect grades because I was Asian, and that was what society expected from me. I went to great lengths, sacrificing my mental health and even my sense of who I was, in order to try to live up to that impossible standard.”

There’s nothing but darkness within the walls of these academic institutions.

Mental health is another key ingredient in both books as their unreliable narrators tell themselves and others lies to keep that perfect version of themselves alive. Felicity also has psychotic depression and, because of her mental illness and the trauma she’s experienced, she’s often undermined, especially by authority figures who would rather encourage her to take more medical leave than examine the flaws at Dalloway School that are making it harder for her to manage her mental health. As Nancy recalls her complicated relationship with Jamie, she begins to see not only how much Jamie struggled with her mental health but also how much she herself is struggling. In a telling scene toward the end of the book, Nancy’s mom tells her not to push herself too hard and she realizes that this was the permission she has been waiting for her entire life. That lack of permission—to be anything less than the best, to do anything less than shine perfectly—is what causes most of the main characters in A Lesson in Vengeance and How We Fall Apart to make terrible choices, to make irrevocable mistakes, and to bend their morals to suit their needs at the time.

It’s rare to see marginalized characters allowed to be so flawed and morally gray. “Asian Americans have often been stereotyped as nerds, as sidekicks, as ‘model’ citizens—or, sometimes, as two-dimensional villains with no compelling backstory,” Zhao says. “There is no in-between. Rarely do I see us in books or shows being nuanced, and being allowed to be morally ambiguous. Rarely are we allowed to exist as humans, great and terribly flawed.” That’s one reason Lee chose not to include any men in A Lesson in Vengeance. “There are no male characters to whom we can compare the actions of our queer female leads,” they explain. “The women’s behavior has to stand on its own, and although the book still exists in a certain social context, one in which we do judge women, and queer women, more harshly, I still hope it’s a step in the direction of closing that gap.” By allowing their characters to be as flawed as they are—unreliable narrators and main characters who have done truly dark things to keep in alignment with their goals—Zhao and Lee are shaping the canon of dark academia, alongside books such as Ace of Spades by Faridah Àbíké-Íyímídé and The Taking of Jake Livingston by Ryan Douglass. There’s nothing but darkness within the walls of these academic institutions, and I stayed up all night reading, worried that the literal and figurative ghosts of Nancy and Felicity’s past would start to haunt me too. 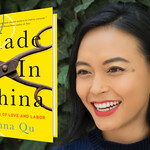