Power In Our PrideTwo Spirit Nation Leads the Way 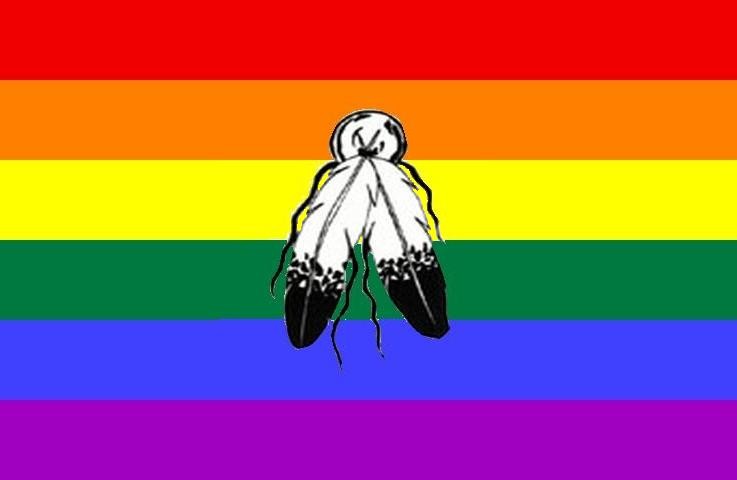 Queer people have existed on Turtle Island since time immemorial. We did not arrive on these shores during the white invasion and queer marriage did not first occur here because of the political actions of non-Natives. In fact, our queerness was placed under threat by the arrival of white people. Two Spirits (an umbrella term that refers to non-binary gender identities that were present in some tribal nations pre-invasion) were held in positions of honor in many tribal nations, as caretakers of children who had lost their families, Medicine People, warriors in battle, and tribal ambassadors in dealings with the ameriKKKan government. Post-invasion, conquistadors and Bureau of Indian Affairs agents alike targeted Two Spirits, killing, incarcerating, and forcing them to conform to eurocentric gender roles. As a result of colonialism and assimilation policies, many tribal nations forgot their multi-gendered relatives and have now adopted heterosexist ways. Over 500 years of genocide, forced assimilation, and Christianity have left many Two Spirits without a home, both within our tribal nations and the larger white society, including the LGBTQIA2S (lesbian, gay, bisexual, transgender, queer, intersex, asexual, Two Spirit) community. Despite living on the margins, we have persevered and are representing our Indigenous and LGBTQIA2S  relatives through our art, political resistance, and cultural revival.

In September 2016, Courage (Oglala Lakota and Mestizo) founded the Two Spirit camp at the Oceti Sakowin camp outside the Standing Rock Sioux Reservation. With the stewardship and spiritual guidance of Candi Brings Plenty, the Two Spirit camp, also referred to as Two Spirit Nation, grew into a place of healing and strength. “I feel like the people there at that camp have done an admirable, honorable, amazing job at representing Two Spirited people across the world at Standing Rock…and I’m incredibly happy for having started it,” Courage told me.

Linda Golke (Anishinaabe and Two Spirit) described the “spiritual pull” and community they felt in the Two Spirit Nation and stressed the importance of Two Spirited people’s involvement in the NoDAPL movement: “I think that Two Spirit people are reclaiming our place in the circle and revitalizing our traditions, lifting each other up, and working toward decolonization, which is a major component of the fight for sovereignty for each of our tribal nations as well as Indian Country at large.”

Despite the violence our Two Spirit community faced in Standing Rock, our people stayed to fight for decolonization. When they received the word that law enforcement were on the sacred hill known as Turtle Island at Cantepeta Creek on “Thanksgiving,” Rain (Two Spirit and Indigenous) and the Two Spirit camp headed there en masse. Two Spirit Nation stood on the front line in a “powerful and prayerful way” while law enforcement threatened to shoot and use hoses on them. Rain stood by the banks of the bridge in order to sage, cedar, and assist people as they crossed the icy water.

Rain told me that they believe the true work of the Two Spirit Nation is to “decolonize what we’ve inherited” and that much of the work that has been done restoring the rightful place of Two Spirit people in Native communities. During our conversation, Courage spoke of a friend who was disenrolled from her tribal nation after she came out as a trans woman. “When you have things like that happen, when you have things like homophobia that exists in some of these communities, you need to have communities that revive these traditions, so that people can decolonize and realize that if you’re Two Spirited, that in itself is one of the most traditional things you can embrace.” Golke explained that “existing at the intersection of multiple marginalized identities is dangerous in the colonized world we live in.” The erasure that Two Spirit people face in both Native and LGBTQIA communities is very challenging for many of us, they explained.  For them, it’s vital that we “craft our own narratives, and let people know that we’re still here, we’ve been here, and we’ll continue to be here.”

The exclusion and oppression that Two Spirits experience are not limited to those enforced by heterosexual and cisgender society, but also the mainstream LGBTQIA community. In May, the ad-hoc collective No Justice No Pride gathered in Washington, D.C. at what the Capital Pride Board of Directors defined as a “community dialogue” to discuss concerns that the most marginalized in the LGBTQIA2S community have with Capital Pride, DC’s Pride celebration. Representatives from Capital Pride have repeatedly stated that large corporate sponsors are necessary to make the parade and festival a reality, but their list of sponsors reads like a who’s who of Native genocide: Wells Fargo, the FBI, the CIA, the NSA, the Federal Bureau of Prisons, and Lockheed Martin. No Justice No Pride asked the board to drop the Metropolitan Police Department and other corporate sponsors from the parade and festival, as well as open board seats for members of marginalized communities. We were met with derision and disregard. White men repeatedly yelled and told many of us to “shut up” while the board said nothing.

I have repeatedly heard claims that the issues that impact me as a Native aren’t important to the queer community, as if to say that I and other LGBTQIA2S Natives aren’t part of that community and don’t matter because we’re only Native. Native land is being stolen and polluted. Native women are being raped, sexually trafficked, and kidnapped partially due to the construction of oil pipelines and resource extraction, which contributes to an increased risk of sexual assault. Native people are incarcerated and murdered by police at the highest rate in the U.S. Capital Pride’s complicity in my community’s genocide is part of what led No Justice No Pride to take action.

After Capital Pride refused to act on our demands to open board seats and drop many of their corporate sponsors, on June 10, No Justice No Pride brought the Capital Pride Parade to its knees three times through the use of blockades of the Metropolitan Police Force, Lockheed Martin, and Wells Fargo floats. In the spirit of the trans women of color at Stonewall and my Two Spirit ancestors I, along with many fierce queer, gender non-binary, and Two Spirit people of color, charged into the parade route and blocked the Wells Fargo float. Private security immediately attempted to stop us, but they were no match for our righteous mission. We stretched across the street to form a hard blockade with the PVC pipes we were locked into that read “Kill the black snake” and “No DAPL.” Two Spirit and citizen of the Catawaba Nation, Roo-George Warren later said that this was one of the few times in his life that he felt he was able to be both Two Spirit and Catawaba.

We were met with garbage and hate speech by the white cis men in the crowd. As our de-escalators handed our list of demands to the parade-goers and attempted to explain our position, many pelted us with garbage, racist, sexist, and transphobic comments, and even death threats. Thankfully, our members from the previous two blockades joined us from their locations and helped with chanting, saging, and de-escalation. It was a beautiful sight to see so many brave people on the queer spectrum out in the streets together, honoring those that came before us.

After two hours of being in a hard blockade and negotiation attempts with members of the Capital Pride Board, we eventually dispersed. Executive board member Tom Wieczorek told our negotiator, “I don’t negotiate with terrorists,” furthering the criminalization of Native people. The white man invaded our land and is responsible for over 500 years of terror against us, but when we stand for ourselves we are labeled and monitored as terrorists. Eventually it became obvious that, once again, the Capital Pride organization would not listen to the voices of the most marginalized in our community, including those whose land they enjoy because of genocide. Capital Pride, along with other organizations, are holding a rally today at the National Museum of the American Indian in the hopes of securing D.C. as the host of the 2022 Gay Games, once again capitalizing on the theft of our land and culture.

There is power in celebrating who we are. I owe it to my ancestors to walk with pride every day for all that they allowed me to become. If it was not for the unspeakable pain they endured, I would not be here today. I owe my ancestors, my people, and the seven generations to come the commitment to stand for what’s right at all times, regardless of how difficult that may be. Every day that we draw breath as oppressed people is an act of revolution and joy. Despite all the vitriol and violence, we have survived and that deserves a fanfare. There is a place for laughter, disco balls, round dances, and hip shaking in the LGBTQIA2S revolution, but there is no room on the dance floor for those who profit off our pain. 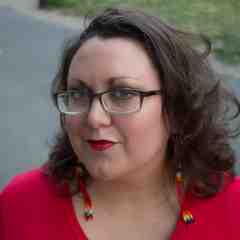 Jen Deerinwater is a classically trained vocalist vagabond with a love for books, well made martinis, and antique maps. Jen has several degrees from over priced universities and the student loan debt to prove it. She is Bisexual, Two Spirit, Disabled, and is mixed race Tsalagi-a citizen of the Cherokee Nation of Oklahoma. After several years spent in the trenches of ameriKKKan politics you can now find her stirring the pot of radical discourse online with her writing and organizing in her chosen home of Washington D.C. You can follow her soapbox rants on Twitter, Facebook, & Instagram. 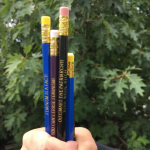