Ugly Delicious, restaurateur David Chang’s Netflix series, examines the history of the foods we all love, like pizza, tacos, and fried chicken, and the negative impact that food-related stereotypes have on the relationship between people of color and their cultural foods.

My third-grade teacher once pointed to my lunch, scrunched up her face, and said with disgust, “What is that?” I’d just immigrated to Canada with my family, and interactions like the one with my teacher dictated how comfortable I felt eating Indian food in front of my mostly white classmates. I used to beg my mom for sandwiches or Lunchables, and she was always hesitant about putting yellow processed cheese in my lunchbox instead of fresh thepla.

She found my moldy containers still full of Indian food like rajma tucked away in the back of my closet, but I didn’t know how to express my fear of being bullied at school. I often chose to go hungry on the days she packed Indian food for me. This, along with other daily microaggressions, complicated my feelings about Indian food and my Indian identity. I felt a certain shame, so I only ate Indian food and felt proud of being Indian when I was in my own home. 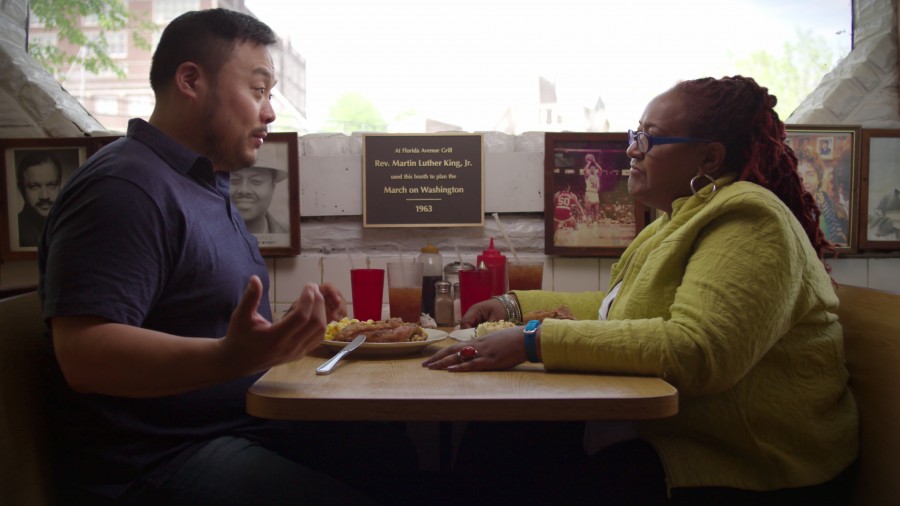 Racism isn’t always as overt as burning crosses or lighting tiki torches; sometimes it’s a joke about a fiery plate of curry, a piece of fried chicken, or a bowl of rice. When you’re new to a Western country—or even if you’re a third or fourth-generation immigrant—a cultural hierarchy of foods is tied to how you’re perceived. If your food and your people fall toward the bottom of the hierarchy, you might assimilate into the dominant culture because it’s safer to internalize than challenge the social orders.

“There are foods that I grew up loving, but I was embarrassed to publicly love,” Chang says in the closing lines of the “Fried Rice,” episode, and that concept comes up a lot in Ugly Delicious.

In “Fried Chicken,” Chang and his guests, including writer Lolis Eric Elie and scholar Psyche Williams-Forson, dissect the anti-Black origins of the fried chicken stereotype. Claire Schmidt, a folklore professor at the University of Missouri, traces the relationship between Blackness as caricature and fried chicken to the racist 1915 film Birth of a Nation. In the movie, white actors in blackface are rude, loud, drunk—and one actor is eating fried chicken. That stereotype has persisted for 100 years, so much so that Chang mentions a Black friend telling him that he wouldn’t eat fried chicken on camera.

“A single Black person carries the weight of the Black community on their back, because part of being Black in America is you get often reduced to the stereotype of angry, lazy, shiftless, chicken-eating Black person, and nobody wants to put themselves out there in that way,” Williams-Forson says in the episode. 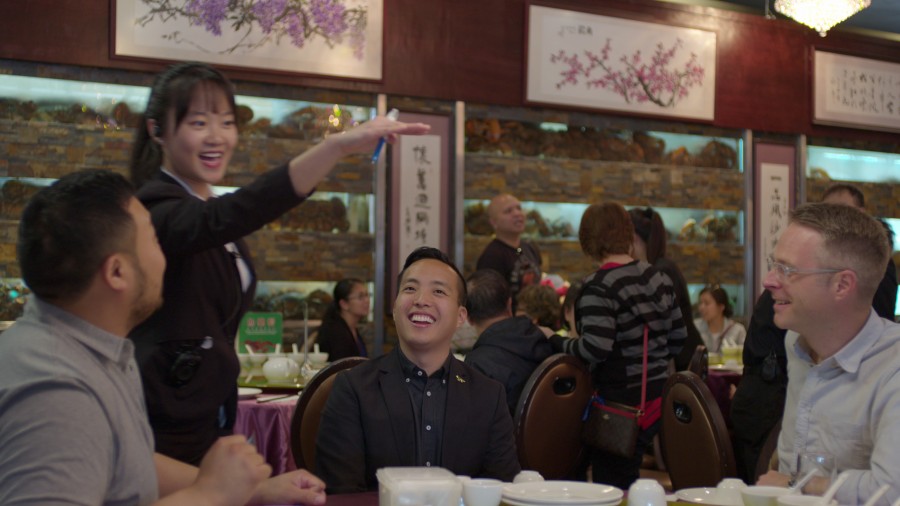 In America, Chinese food is viewed as a cheap, inferior cuisine, which impacts cultural perception of Chinese Americans. For instance, restaurant reviewer Andrew Steinhal declared that Kings County Imperial, a Chinese restaurant in the Williamsburg neighborhood of Brooklyn, has an “incredibly satisfying approach to classic Chinese cooking”, though the white-owned restaurant does not serve traditional Chinese food; that same reviewer later said you have to “get gross and roll around” to eat at Chinese restaurants in Flushing, Chinatown, and other areas in New York with large Asian American populations. The reviewer’s idea about traditional Chinese restaurants is tied to a historical bias about Chinese people, as Dai pointed out in an essay for Eater.

“All this wording fits in perfectly with historically racist attitudes against Asians expressed through food under the pretense of health and cleanliness,” she writes. “It’s as if [Steinhal’s] saying Chinese food is good—as long as it’s not cooked by Chinese people.”

Food stereotypes might seem less serious or urgent when compared to more violent forms of racism with easily understood consequences. However, our ideas about food are linked to how we think about the people who make that food.

Racism isn’t always as overt as burning crosses or lighting tiki torches; sometimes it’s a joke about a fiery plate of curry, a piece of fried chicken, or a bowl of rice.

“I wished I was white… because of the acceptance of the food,” Master of None cocreator Alan Yang says to Chang in Ugly Delicious. “There was so much more to explain [with Asian food]. If you hung out with a lot of white people you tried not to eat Chinese or Korean food around them.” That feeling of racial anxiety about cultural foods is all too familiar to me.

Assimilation can take many forms, including refusing to publicly eat cultural foods as I did, or tailoring recipes to satisfy the taste-buds of white consumers. In “Fried Rice,” Dai interviews Chen P. Ren, a Chinese restaurant owner in Knoxville, Tennessee. Though Ren’s from Chongqing, Sichuan, he serves American Chinese food because he would lose customers by selling Sichuanese food. Ugly Delicious purposefully focuses on these difficult stories because it allows us all to confront our internal and external biases about cultural cuisine.

I don’t blame anyone for throwing out their lunch at school or refusing to bring their cultural foods to the office—no one wants to feel like an outsider. However, as Chang points out, learning the complex histories of different cuisines and hearing people’s stories about food can help us unlearn these internalized stereotypes. “I can help by getting people to eat stuff they might not normally want to eat,” Chang says. “I can’t change their politics, but maybe I can, by opening up their viewpoints to food.”

I appreciate Chang’s optimism because it’s only through unlearning that we can proudly proclaim our love for our cultural foods, and by extension, ourselves.