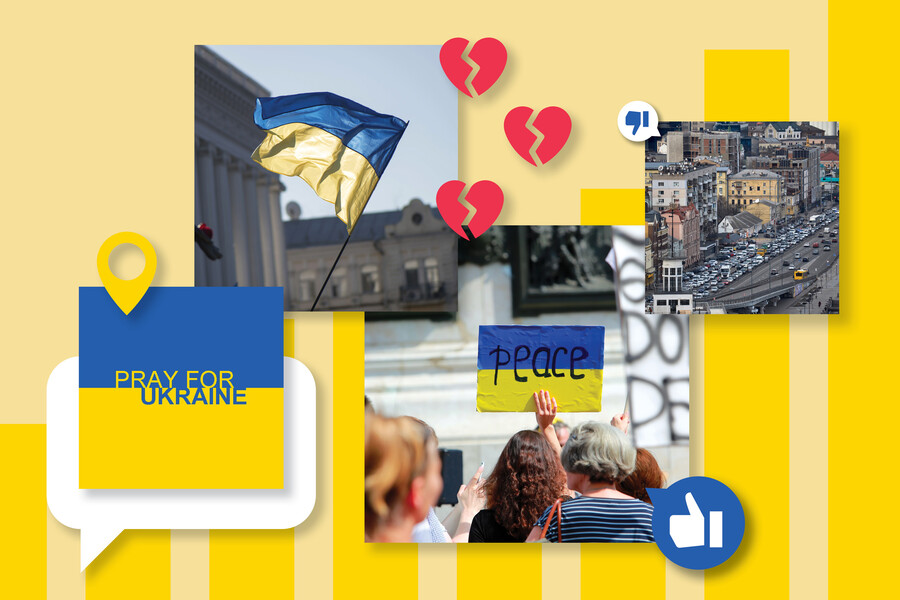 Last Thursday, I watched along with the rest of the world as Russian forces began actively bombing Kyiv—the city where I spent my childhood. Seeing this terror unfold from an ocean away in New York, I decided that the best way I could help in the situation was to turn to journalism. I read and watched and scrolled through news accounts, testimonials, and on-the-scene videos, consuming massive amounts of information about the crisis to write up an explainer on the war in Ukraine for Teen Vogue. This was my way of offering a perspective on the ongoing atrocities, something that everyone (however far-removed from the cultural context of the conflict) seems to be doing in some capacity, in an attempt to process the violence.

But as the images of war dominated news coverage and social media platforms, it was difficult to avoid noticing how my friends and other young people online were reacting. There were plenty of infographics going around with various takes on the theme of “How Americans Can Help Support Ukraine Right Now.” People shared links to fundraising efforts to collect money for Ukrainian children, the Armed Forces, or general humanitarian relief. Many were also changing their profile photos to the Ukrainian flag—made up of the national colors of blue and yellow. This was vaguely reminiscent of what occurred online on June 2, 2020, when millions of Instagram users posted black squares to “stand up” to police brutality in the wake of George Floyd’s death: an action that was largely interpreted as shallow, performative, and irrelevant to the bigger fight for racial justice.

Did my American friends realize that Russia has been intentionally manipulating information related to the invasion on social media channels, and that, for this reason, it was unadvisable to repost anything without thorough verification first? When putting up photos of the Ukrainian flag, did they think about what the colors meant—that the yellow represents wheat fields (Ukraine is the fifth largest exporter of wheat worldwide) and that the blue symbolizes the wide expanse of sky above?

At various moments over the past few days, I have highly doubted that people gave much thought to such nuances. Months before Ukraine appeared on everyone’s radar as a main topic of conversation, I was asked (not infrequently) where the country was actually located. How could someone go from not knowing if Ukraine was in Africa or Europe to sharing regular #IStandWithUkraine posts without appearing superficial?

Sure, the news that Ukraine was being targeted by Russia—that Ukrainians had to flee their homes, hide out in bomb shelters, and watch the places they loved be destroyed—hit everyone suddenly and intimately. It doesn’t matter if you were Ukrainian or not: all of us can sympathize with Ukrainians who have been living through the unimaginable. But Americans’ pure intentions towards Ukraine soon turned into something else: an attempt to stay “relevant” and “in the know” by mimicking social action through simple social media responses.

Our collective urge to shape society’s ills into a more visually appealing and bite-size format on social media—all while validating our egos—is a cyclical phenomenon.

Sharing videos of whole buildings going up in flames or little children crying while planes flew overhead, barely missing their homes, is not “action.” It’s an immediate reaction—the tap of a button on a phone that seemingly signifies to the world, I am aware this is going on right now. I care! but does very little.

We’ve been through this before: hate crimes against Asian Americans were brought to attention on social media through tidily packaged infographics, many featuring bright and minimalistic designs with the hashtag #StopAsianHate. The Israeli-Palestinian conflict was explained away via similar methods, including illustrations that debunked terms like “settler colonialism” for the wider audience. Our collective urge to shape society’s ills into a more visually appealing and bite-size format on social media—all while validating our egos—is a cyclical phenomenon.

I experienced Ukraine in its most abundant and vibrant state when I was a little girl there in the early 2000s. It pains me that people who don’t know any better assume the country always looked like the wrecked disaster pictured in every major news outlet. It feels like Americans are expanding “slum tourism” into the virtual realm; in other words, by spreading horrifying videos and photos (infrastructure in ruins, produce crushed and shattered on the floors of supermarkets, debris and dead bodies), the privileged are distancing themselves from the confusion and pain of it all by building a kind of wall. A wall of pity, of condescension even.

For a Ukrainian, the 24-hour news cycle’s heavy emphasis on all things Ukraine is hard to process. So is the constant, unsolicited commentary from strangers and friends on Instagram, Twitter, and even TikTok—however well-intentioned it may be. Maybe I am turning excessively bitter, but when Americans I am close to reach out to offer their condolences, thoughts, and prayers—asking if they can be “of service” in any way—I doubt the authenticity of their messages. Behind each one of my responses to these people (polite and brief, as that is all I currently have energy for) is an accusation. They think they’re doing their part, being moral and righteous citizens, but have they voluntarily signed on to join the Ukrainian militia? Helped distribute water, food, and medication to kids with cancer stuck in the basements of Ukraine’s hospitals? Taken in refugees desperately trying to cross the border and escape Russian oppressors?

Then I realize: neither have I. I have done none of these things and, as someone who lives safely in the United States, I feel useless. This is enough to tamper down my immediate negative feelings about this outreach, reminding me that everyone is trying to make sense of the war in Ukraine within the framework of their experience and the confines of their means.

Well, not everyone. There have been many bad actors trying to take advantage of the chaos by scamming people into donating money, only to steal those funds. TikTok has been overrun with glimpses of what’s happening on the ground, but it’s also rife with fake videos and disinformation. Still others are trying to make the conflict about themselves—like 90210 actor AnnaLynne McCord, who put out an appalling video dedicated to Vladimir Putin in which she recited a poem about how she would’ve mothered him better.

Then there are the war memes, finding a safe place primarily on Twitter and distorting the very real, very human happenings in Ukraine by relating them to things like Wordle, World War III, or, disgustingly, Applebee’s. While commentary in the form of rapid-fire reposts of links and infographics at least bears no direct “ill will,” this type of gallows humor is downright sadistic and derogatory. The shitposters (originating from everywhere but Ukraine, it seems) defend their choices by claiming they’re simply trying to cope. With what, though? The hypothetical, vaguely contoured possibility of a global war and mandatory conscription in the U.S. is far removed from the happening-as-we-speak reality of actually getting drafted and not knowing whether you will ever see your loved ones again.

To protect my own peace, I recently started unfollowing anyone who offered their “two cents” on the Russian-Ukrainian war through statements like, “I express solidarity with my Ukrainian brothers by switching from Moscow Mules to Mezcal Mules.” Or those whose volume of Ukraine-related posts and stories is just too much to handle. I’d rather get my information on what’s happening in the country from people actually living in it—from my parents’ friends back home who relay horror stories of being trapped in westward-moving traffic, going days without food and sleep, or from my own childhood friends who have stopped going to school and are restlessly waiting out the events. The “hot takes” from the rest of society—unless they come from official sources—are just white noise.

I wish I could point to concrete actions Americans need to take that would have a greater impact than the primitive, repost-an-infographic type of activism going on now. But even donating to verified organizations, supporting independent English-language journalism in Kyiv, and buying from small Ukrainian businesses seem like abstract notions when Ukrainian troops are fighting for their country at this very moment: showing incredible courage and dedication—regardless of how much money we give to charity or whether we publicize that donation amount on Instagram.

In the big scheme of things, yet another “No to War” graphic won’t put an end to the mounting death toll in Ukraine and might even perpetuate Russia’s attempts to misinform and dilute the realities of the war. For those with nothing new to add to the global discourse on Ukraine, perhaps the best thing to do is to stay quiet. Not everything needs to be made into a meme or slideshow to demonstrate that you care or that you’re paying attention. Read the room.

Read this Next: Minneapolis Uses Mutual Aid to Fight for Collective Liberation 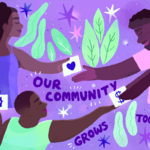 by Teighlor McGee
The various forms in which mutual aid exists is why it’s so accessible. 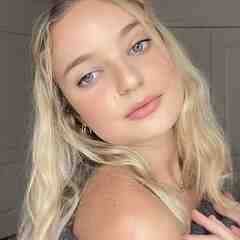