No Redemption for the ReverendOngoing Abuse in “Unbreakable Kimmy Schmidt” 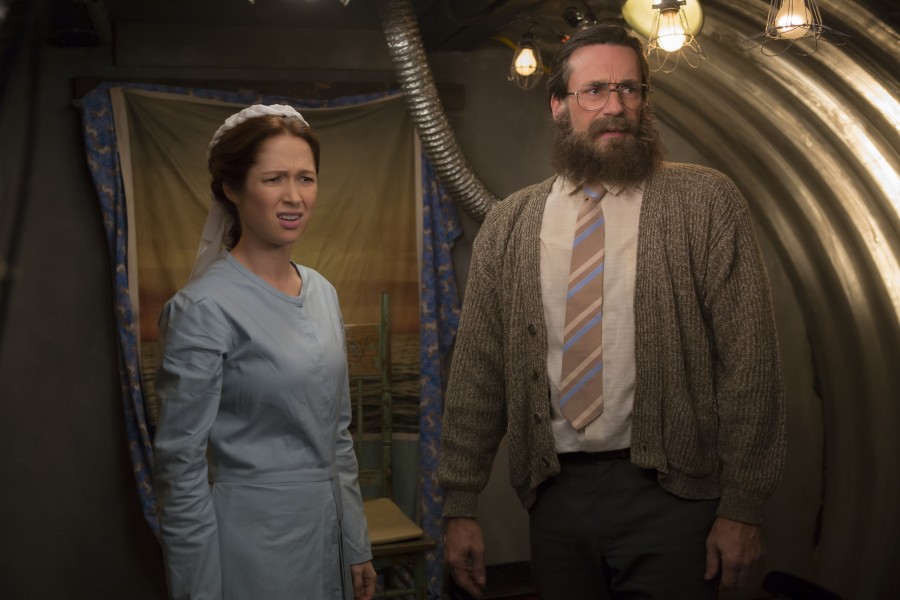 Unbreakable Kimmy Schmidt has a heartbreaking backstory: The eponymous title character, played by Ellie Kemper, is kidnapped by a sociopathic cult leader and—along with three other women—held captive in a bunker for 15 years. Richard Wayne Gary Wayne, a.k.a. the Reverend (Jon Hamm), convinced his victims that the world had ended and that remaining in the bunker was for their own protection. By the end of season one, the Reverend has been convicted, the four “Indiana mole women” have been freed, and Kimmy has successfully embarked on a new life in New York City.

She thinks she’s free from the Reverend, but he disrupts her life in the last episode of season two, asking Kimmy to sign divorce papers so he can marry Wendy (Laura Dern), a creative-writing teacher who has fallen for him. That’s where season three begins. Their wedding was officiated by “Gosh Almighty, who you may know from, I don’t know, Italian ceilings,” but the state of Indiana deemed it legal because the Reverend claimed a marital tax credit to purchase Jet Skis. Now, he and Kimmy must legally divorce.

The divorce becomes the Reverend’s chance at redemption. If anything, the Reverend and Wendy’s relationship shows that abuse and manipulation aren’t one-time offenses. His victim just changed from Kimmy to Wendy. Abuse is a series of intentionally harmful behaviors designed to break a victim’s spirit. Kimmy decides to stall on signing the divorce papers to gain the upper hand. However, the Reverend retains control by sending Wendy to deliver the divorce papers to Kimmy. Through this act, the Reverend reminds Kimmy that he’s moved on from the trauma he’s caused while she’s still ensnared in it.

It’s a microcosm of how abuse manifests. The victim’s scarred forever while the abuser is able to move forward unscathed. While Kimmy can’t attend church without thinking about the abuse she endured, the Reverend is getting married and purchasing Jet Skis. Unbreakable Kimmy Schmidt also shows the continuity of abuse. Abusers don’t target specific people based on perceived value, as the Reverend shows through his relationship with Wendy. Wendy seems accomplished: She has two graduate degrees and teaches writing classes at several prisons. Still, the Reverend is, unsurprisingly, abusive toward her.

He convinces Wendy that he’s a victim—so much so that she tells Kimmy that it hurts him to “live with the knowledge of what he did.” Even worse, he tells Wendy that Kimmy is refusing to sign the divorce papers because she’s still in love with him, which completely ignores the fact that she never consented to being married in the first place. Wendy sees the Reverend through eyes that aren’t tainted by trauma, but he still mistreats her. In a “poem,” Richard tells Wendy to give him $100 or he’ll be angry with her. He also writes a haiku about Kimmy that repeatedly tells her to “shut up” and ends with “wrecker of my joy.” The Reverend is unchanged, no matter what he’s told Wendy.

Ultimately, Kimmy refuses to sign the divorce papers because she wants to keep the Reverend from marrying, and ultimately, harming Wendy. That shouldn’t be Kimmy’s burden; she’s a victim, not a wife with agency. She knows she’ll be able to afford college if he divides his assets with her, but sparing another woman’s agony is worth more than her college tuition. Plus, she seems to realize that he’s using the divorce as a means of controlling her. She’ll only get the money she needs if she signs the divorce papers when he wants her to. Unbreakable Kimmy Schmidt gets it right on abuse.

This is best summed in an exchange between Kimmy and her landlord Lillian’s (Carol Kane) boyfriend, Robert Durst (Fred Armisen), ironically named after a man accused of killing his first wife. “I turned the tables,” she says gleefully, after she’s successfully halted the divorce. “But you’re still at the same table,” he responds. She, like Wendy, is still ensnared in the Reverend’s trap. He, as always, retains control because that’s what abusers do. 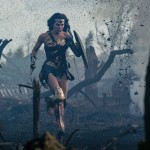