“Underground,” Slavery, and the Meaning of Reproductive Justice | Bitch Media

“Underground,” Slavery, and the Meaning of Reproductive Justice

“Unless carefree, mother love is a killer” —Toni Morrison, Beloved

Motherhood has always been fraught with contradictions and complexity. While childbirth can be both violent and tender, motherhood is an ongoing task exacerbated by matters of choice, circumstance, capacity, and commitment. The narratives of the enslaved Black mothers in the recently canceled drama, Underground, represent this intricate dynamic. The pilot episode purposefully opens with an enslaved woman named Seraphina (Devyn A. Tyler) giving birth, a moment that signifies the arrival of another victim. The scene unfolds with other enslaved women assisting Seraphina’s delivery while the father of the child, who’s also a slave, stands awkwardly by the door. A few scenes later, Seraphina commits infanticide, explaining to the horrified slaves around her that “he free now.”

Seraphina evokes the memory of Margaret Garner, a slave who fled from Kentucky to Ohio with her children and husband in 1856, and was popularized by pro-slavery advocates and abolitionists after she killed one of her children to prevent them from being returned to slavery. Toni Morrison’s Beloved is also an ode to Garner and other enslaved women who chose to kill their children. Sethe, the novel’s protagonist, kills her daughter to spare her from the trauma of slavery. When she’s haunted by the ghost of the child she killed, Sethe must remind herself that “if I didn’t kill her she would’ve died.”

Seraphina, Margaret, and Sethe’s decisions represent how race and gender complicate motherhood and the difficult choices Black mothers have been forced to make during and after slavery. 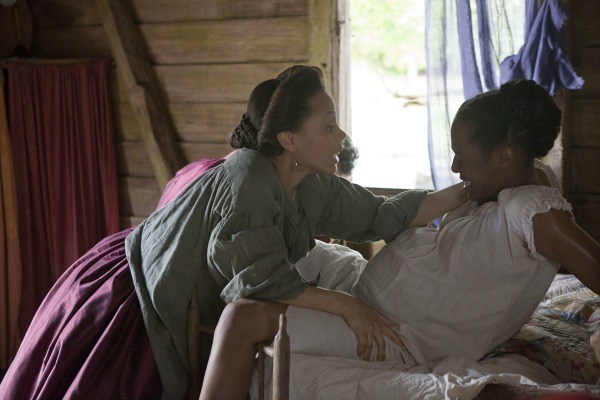 Enslaved Black women, both on Underground and in real life, represent the true origins of the Black feminist concept of reproductive justice, which began in the 1980s to fight for the right to terminate a pregnancy as well as the right to raise a child in a safe, healthy, and supportive environment. Women of color organizations, such as the National Black Women’s Health Project, worked to expand reproductive rights into “reproductive justice,” a movement that addressed issues, including sterilization, poverty, and other forms of state violence, that disproportionately harmed Black, brown, and indigenous women and their children. While the movement gained steam during the 1980s, history shows that Black women have been fighting for reproductive justice since slavery.

Each of the enslaved women on Underground offer a glimpse into how Black women fought for reproductive autonomy: Seraphina’s decision to kill her child echoes the many narratives of enslaved Black women who had, in the words of Black feminist Loretta Ross, “a desperate determination to resist the oppressive conditions of slavery.”

Ms. Ernestine (Amirah Vahn), a house slave, has maintained a non-consensual sexual relationship with her master Tom Macon (Reed Diamond), to keep her children—two of whom she’s had with him—safe. Despite her efforts, Macon has her eldest son Sam (Johnny Ray Gill) lynched for attempting to run away, demonstrating how slavery stripped Black women of the ability to protect their children and themselves. In an effort to regain control, Ernestine “fixes herself” to prevent future pregnancies in an environment where her children are never truly her own. She arranges, under the violence of slavery, the rights reproductive justice activists are still advocating for: birth control access and suitable living conditions. 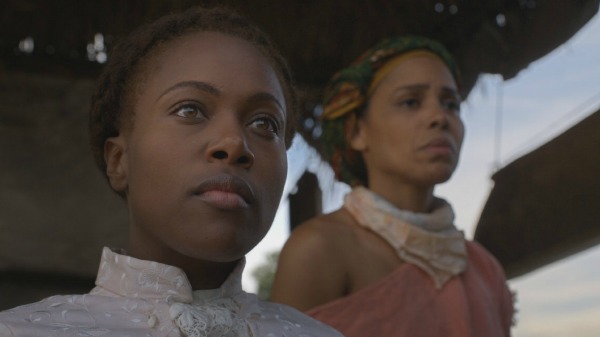 Pearly Mae (Adina Porter), a field slave and mother, attempts to run away with her partner and her daughter, Boo, but sacrifices herself to keep them from being captured. She, too, represents a deep-rooted belief in the right of mothers to provide their children with environments that are fit for a child. Through Clara (DeWanda Wise), a young, enslaved woman struggling to decide whether to terminate her pregnancy, Underground upheld its commitment to addressing reproductive injustice. Clara seeks guidance from Ernestine, but she’s later forced by the child’s father to drink an abortifacient, a decision informed by his fear of bringing a child into slavery. Clara struggles to cope with the trauma of being stripped of her freedom by slavery and her agency by her child’s father.

The show affirmed the importance of reproductive agency by showing slaves being violently denied reproductive choice.

In the show’s second season, Rosalee (Jurnee Smollett), Ernestine’s daughter and a runaway slave turned abolitionist, discovers that she’s pregnant. She then decides to continue working to free slaves, so she can create a safe, supportive, and loving world for her child. For her, the threat of death is equally as terrifying as bringing her son into a world that can only offer him enslavement. Rosalee is a testament to the revolutionary tradition of Black women who fought for liberation from racial violence as well as sexist reproductive abuse. She fights for the freedoms she believes everyone should have, including her unborn child. 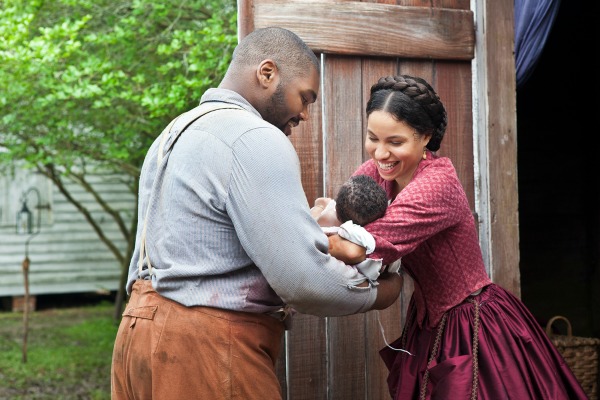 Too often in TV shows and movies about slavery, enslaved Black women are periphery figures whose abuse is secondary to white and Black men’s narratives. Underground uses reproductive justice as a lens to assert Black women’s humanity, even in the stifling conditions of slavery. While The Handmaid’s Tale explores a dystopian America with a totalitarian government that forces women to bear children, Underground reminds us of the real women who lived under these conditions. For Seraphina, Ernestine, Pearly Mae, Clara, and Rosalee, motherhood is a means of asserting personhood in the face of dehumanization. Choosing motherhood, terminating a pregnancy, or seeking complete control over fertility, are examples of how enslaved women, both on Underground and in real life, asserted their humanity through motherhood.

Underground begins with the arrival of a new life, which is juxtaposed with each character’s attempt to grapple with the meaning of life and freedom. The show ends with a birth, in the same powerful way it began. As slave catchers destroy her safe house, Rosalee gives birth to her son, and ensures his and her younger brother’s freedom before turning herself in. Her final act on Underground is a reminder of the women who gave their lives and advocated for reproductive justice long before the 1980s.

These women taught the world that freedom is a precarious thing and thus, all the more precious.